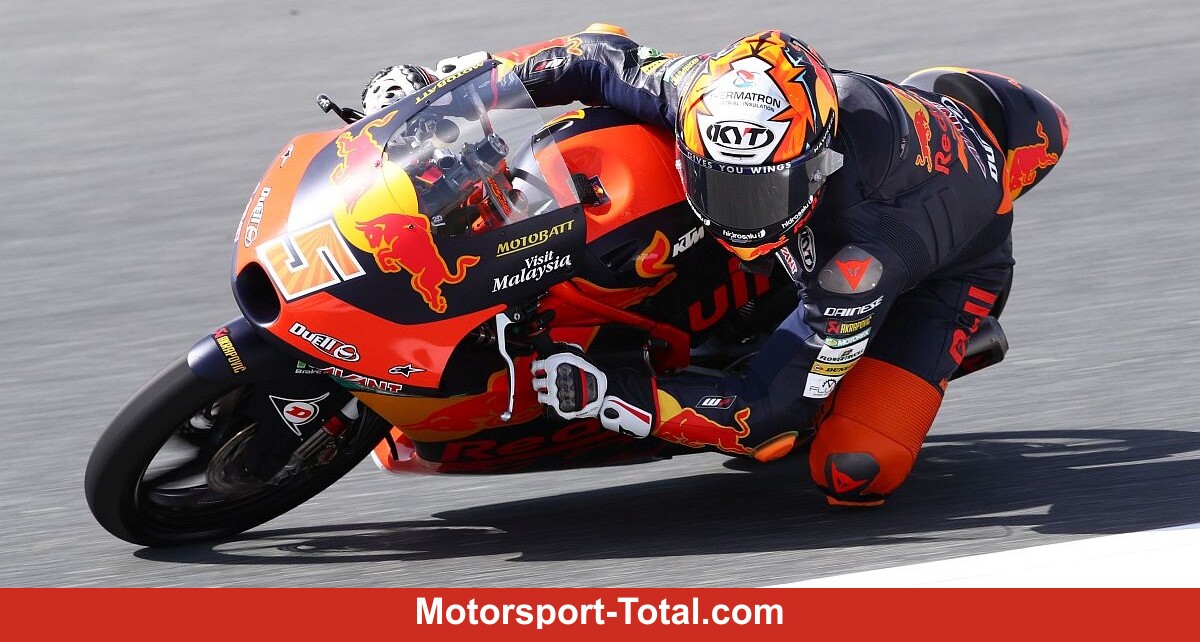 (Motorinformed.com) – Opening winner Jaume Masia secured the fastest time in the first free practice of Moto3 on the second Qatar weekend. With 2: 05.360 minutes, the KTM rider was half a second faster than his closest rival Dennis Foggia (Honda). Another Honda rider, Filip Salac, came in third.

Due to the extreme temperatures – the air was 40 degrees, the asphalt up to 57 degrees – the session started cautiously in terms of lap times. After the first ten minutes, just four drivers were under 2:07 minutes: In addition to Masia, they were Sergio Garcia, Izan Guevara (both gas gas) and Andrea Migno (Honda).

After just a few laps, the majority of the field turned back into the pits to cool off and talk to their crew. In any case, it’s only about the subtleties, the basic set-up is fixed after the first weekend.

The knowledge gained in this training was also limited, as the conditions were not really representative. Nevertheless, the times increased again in the final phase. With Masia and Foggia, two drivers undercut the mark of 2:06 minutes. The rest of the field was more than half a second behind.

In third place, Salac was already eight tenths behind. Behind him were four Honda brand colleagues: John McPhee, Andi Farid Izdihar, Yuki Kunii and Xavier Artigas. Artigas will have to complete a double long lap penalty in the race – as a penalty for the collision he caused last Sunday.

The top 10 of the first practice session were completed by Kaito Toba (KTM), Romano Fenati (Husqvarna) and Guevara, who was almost one and a half seconds short of the best time. Maximilian Kofler (KTM) was just behind in eleventh place.

Mercedes worries forward of Spanish GP
MotoGP legend Schwantz: Rossi “nonetheless has some battle left in him”
Ducati, what a begin! Can you actually dream massive now?
Darlington NASCAR: Truex takes dominant third win over Larson
Zarco optimistic for Le Mans with the “greatest” bike on the grid