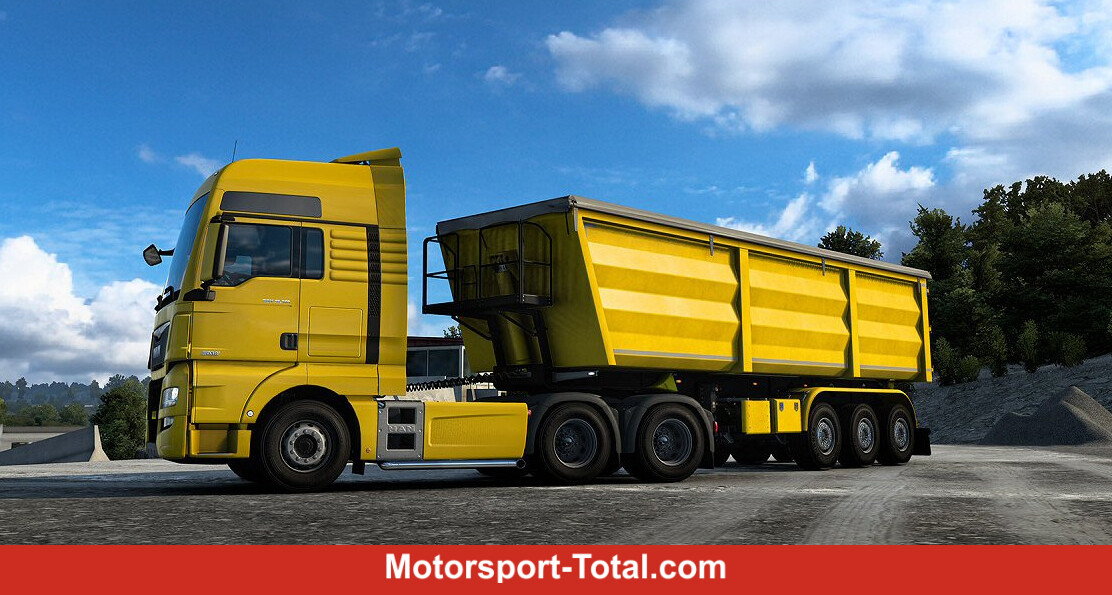 (MST / Speedmaniacs.de) – For the truck simulations, a new update will appear this year with the SCS software obviously planning the year for American Truck Simulator and Euro Truck Simulator 2 long-distance drivers to end with a high permit.

With version 1.43, a lot is happening, especially in Euro Truck Simulator 2
zoom

After the beta test for V1.42 started a month ago and it was published only a few weeks later, version 1.43 has been available in open beta since the end of the week.

In both games there will be various tipper trailers with the update, which can also be customized with accessories such as markings, bumpers, mud flaps, fenders and paintwork if desired. In the ETS 2 there are 2 adaptable body types made of aluminum or steel to choose from. You can also choose between two different lengths (9m or 10m) and 2 or 3 axes.

New sights / viewpoints are also at the start Zoom

American Truck Simulator has End Dumpers, Side Dumpers and Livefloor Dumpers. Each variant is also available in different lengths (30ft or 36ft) and in two or three-axis configurations. Side tippers are available as B double, turnpike or single trailers, while all other body types are only offered with a single trailer configuration.

A new sound effect, which simulates the noise reduction of the ambient noise as well as the noise of the engine and the wheels, provides a modified sound in the driver’s seat. According to the developers, further updates are planned for the future in order to offer an even more realistic interior sound, tailored to the respective size of the truck cab.

Update for the interior sound and SDF writing technology

In version 1.43, players should also notice overall more legible instrument displays, license plates and a clearer representation in the game menus. This is made possible by the use of SDF (Signed Distance Fields) fonts in the game, which perfectly represent texts and fonts in any resolution, any scale and from any distance.

Instead of displaying fonts like an image, which can lead to a distorted display with a lower resolution or when zooming in from a greater distance, SDF fonts can be set to any size and remain perfectly clear and sharp for the user.

In terms of content, there are some innovations, especially in ETS 2 with V1.43. For example, the layout of the French city of Lyon has undergone a renovation to make it more realistic. This includes routes that truck drivers actually use to drive in and out of Lyon and the surrounding industrial areas. To this end, 4 new intersections have been added, two of which lead to areas where drivers can supply local businesses. There are also 3 new landmarks to see and the signage within Lyons and the vegetation model have also been refreshed.

With the update, most of the toll booths also receive updates and corrections with regard to speed limits, street signs and other small adjustments. The remaining toll booths should be brought up to date with future updates. As recently announced, 35 new sights / viewpoints are also included.

Another focus is improving the Iberia expansion. In this north of Madrid the N-234 is passable. The second new street is in the south of Portugal and starts near the town of Sines, passes the town of Beja and ends in Spain, just above Seville. Another innovation is the A-52 that connects Vigo and Leon.

Fans of heavy haulage will be served with 8 new special transport routes. The new routes are Daugavpils to Rezekne, Soria to Teruel, Galati to Iasi, Cagliari to Sassari, Gothenburg to Helsinborg, Brest to Rennes, Bremen to Travemünde, Warszawa to Katowice and again offer challenging special transports on the screenshots in our gallery – click here and view all screenshots for this article for the ETS 2.

So you can test the open beta and change log

The Open Beta can be downloaded via Steam via LIBRARY, right click on American Truck Simulator / Euro Truck Simulator 2, then via “Settings”, “Betas” to “public_beta” and “1.43”.