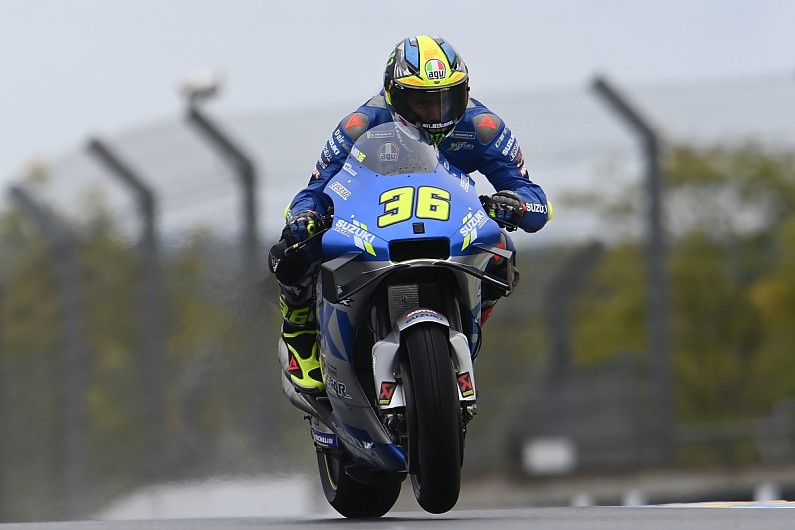 Joan Mir says “one bad race is allowed” this season after finishing 11th and ceding two more points to Fabio Quartararo in the standings in the MotoGP French Grand Prix.

The Suzuki rider struggled to 14th in qualifying having been unable to get temperature in his tyres at a cold Le Mans, an issue which persisted in Sunday’s wet French GP.

Mir dropped to 15th on the opening lap after being forced off track at the Dunlop chicane by Valentino Rossi’s crash, and would fall to 19th by the third tour before his pace improved as his rear medium rain tyre got up to temperature.

He engaged in a last-lap battle with title rival Quartararo for ninth, but was bested by the SRT rider and was dropped to 11th by the works Yamaha of Maverick Vinales.

Quartararo is now 10 points clear of Mir in the standings, but the Suzuki rider admits Quartararo’s win-threatening pace in the dry meant Sunday’s end result was acceptable damage limitation.

“I think that both of us we are not in the positions that we expect or that the people expect us to be,” Mir said when asked by Autosport if he was relieved to see Quartararo struggling as much as he was.

“It was ok because in dry conditions he had something more than the other people, so probably he could have had the chance of victory today.

“I was not one of the fastest in dry conditions to fight for the victory. 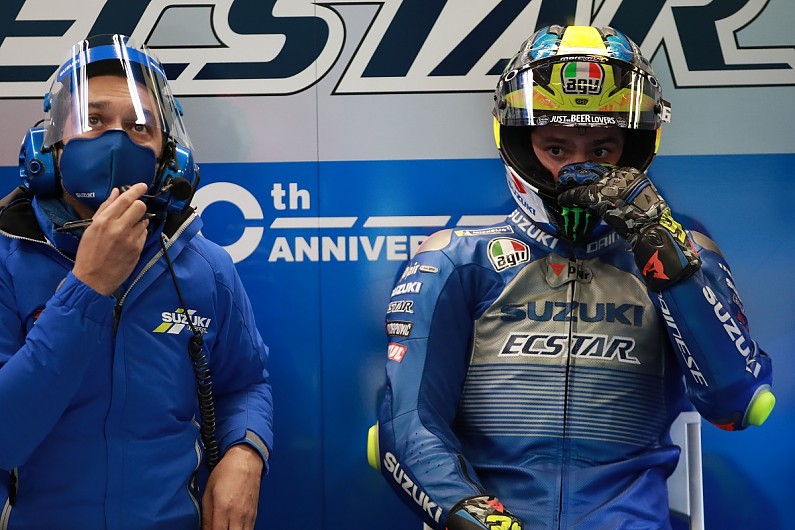 “So, probably we will be able to improve on our 11th position for sure and fight for the top five.

But, at the end, top five and [if] he took a victory would be more of a difference in the point.

“So, it was ok like this. To make one bad race is allowed, but what we can’t do is repeat this performance in Aragon.”

In the closing stages, Mir was one of only a handful of riders to be lapping in the 1m43s, which was quicker than what the podium trio were managing.

Mir also takes solace in the fact team-mate Alex Rins on the same medium rear tyre was able to carve his way up the order early on and mount a challenge for victory before a late crash.

“The problem was going into the corner, the rear was coming around and was difficult to control,” he explained of his grip issues.

“Me, [Johann] Zarco, Maverick were fastest. It’s important to understand what happened.”