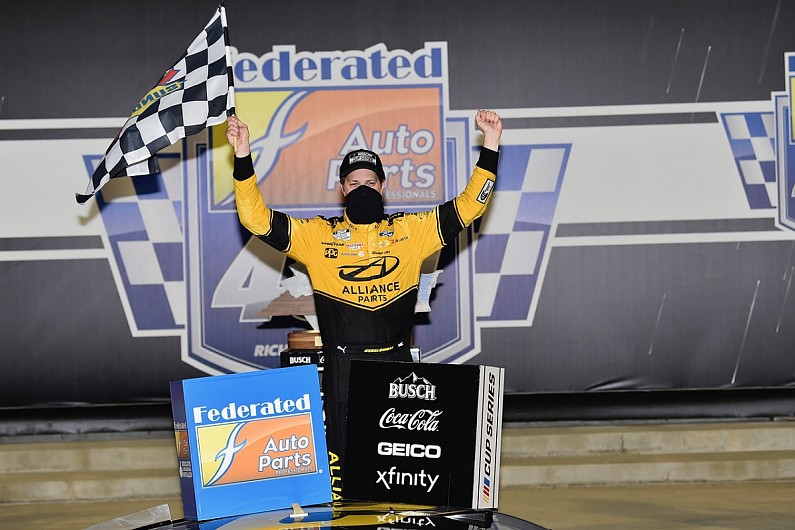 Brad Keselowski has secured his place in the Round of 12 of the NASCAR Cup Series playoffs with his fourth win of the season at Richmond.

Keselowski enjoyed a near-perfect race, running towards the front of the order throughout the 400 laps, to finish 2.5 seconds ahead of Martin Truex Jr.

Despite a penalty for speeding on pitroad, Austin Dillon pushed Keselowski for most of the race. After an impressive stint at the front of the field in the opening stage, Dillon finished second in both stages one and two, albeit behind different drivers. He was set to record his second straight podium finish when a mistake meant he missed the entrance to pitroad late in the race.

He managed to get onto pitroad the following lap, triggering the last pitstops of the race for those who had opted to run a two-stop strategy.

Kevin Harvick, winner of the opening playoff race last weekend at Darlington, had proven in the opening stage the two-stopper was the quicker strategy and, by the end of the race, all but Kurt Busch and Matt Kenseth had opted for the strategy.

Busch led after the final round of pitstops, but quickly dropped down the order as his older tyres struggled.

Dillon briefly retook the lead, before Keselowski moved into the front of the field.
The #2 car had shown good pace throughout the race, coming up from ninth on the grid to finish fourth in stage one and win the second stage.

With a faultless drive in stage three, and no caution periods, Keselowski offered no opportunity for Truex Jr to challenge for the win. 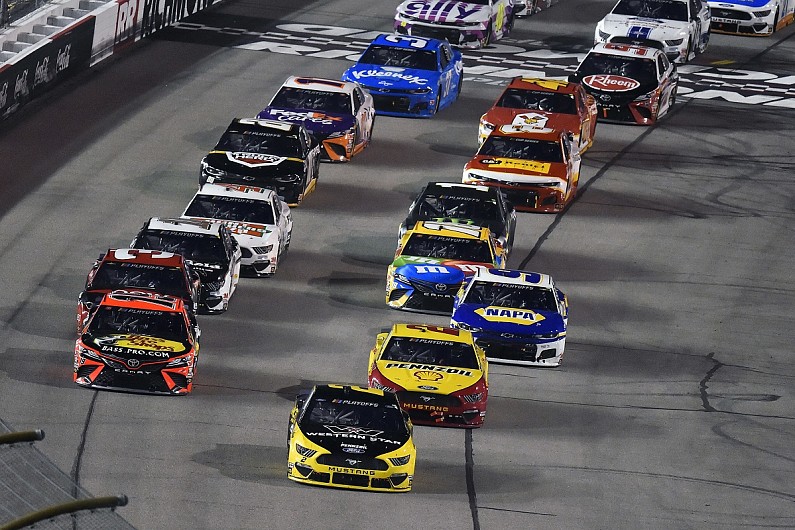 Joey Logano had led early in the race, providing Keselowski with his main competition in stage two, but couldn’t keep up with his team-mate and finished third overall, ahead of Dillon and Chase Elliott.

The third Team Penske car of Ryan Blaney dropped to the back of the pack early on after he was forced to pit twice during the competition caution due to a loose left-front tyre. He climbed back up to 19th and, along with Matt DiBenedetto and William Byron, was one of three playoff drivers to not finish in the top 16.

Kyle Busch came through from the back of the order after failing too many pre-race inspections. He enjoyed a trouble-free drive to finish sixth ahead of Harvick, who was handed a penalty after an issue getting onto pitroad.

The new spots of the French GP – GP Inside
Toyota: NASCAR’s Subsequent Gen is “greatest change” in 50 years
Vinales outlines key space of enchancment for Yamaha in MotoGP
French dubbing and competition of falls!
MotoGP legend Schwantz: Rossi “nonetheless has some combat left in him”