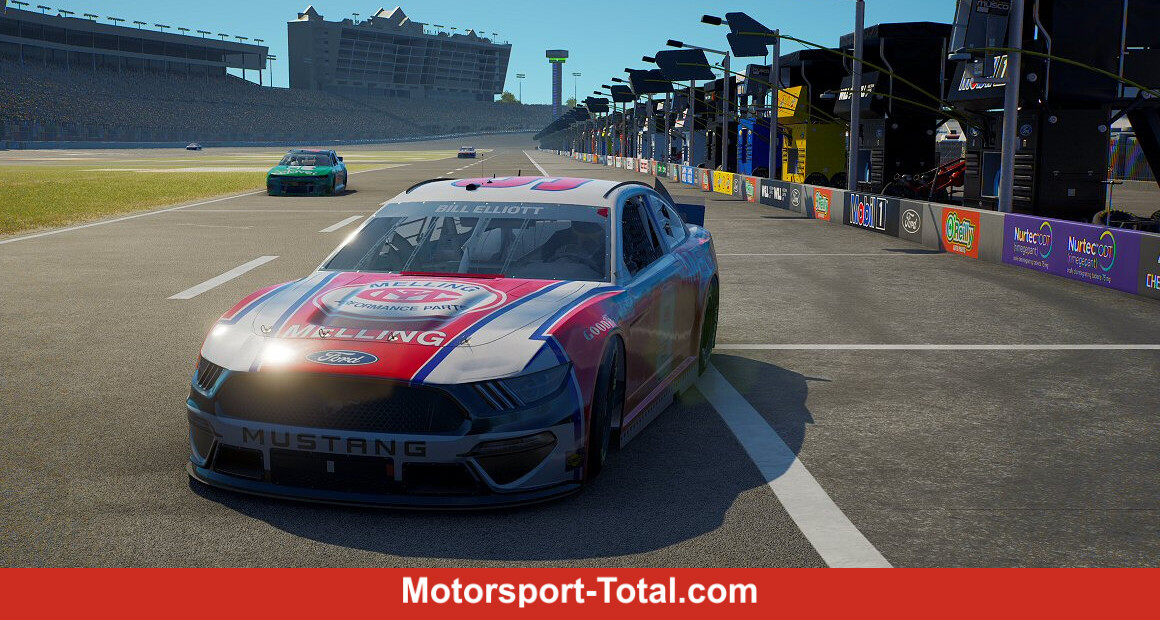 (MST / Speedmaniacs.de) – Motorsport Games has now given a name to the new NASCAR racing game that has already been promised in connection with the takeover of rFactor 2 developer Studio 397 and has announced when it will be available for PC and video consoles (PlayStation 4, Xbox One, PlayStation 5 *, Xbox Series X | S *) will appear.

NASCAR 21: Ignition will cross the start-finish line at the end of October
zoom

According to official information, stock car fans will be able to experience exciting racing in the latest part of the franchise, for which Motorsport Games promises fans a wealth of new features and updates, with NASCAR 21: Ignition – watch the announcement trailer here – from October 28, 2021 .

The simulation is powered by Studio 397’s Unreal Engine and rFactor physics engine, which aims to provide users with a more authentic driving experience and immersive gameplay along with dynamic AI and stunning graphics. All official drivers, teams and tracks of the NASCAR Cup Series 2021 will be there.

All voice acting of the game is handled by MRN Radio, the voice of NASCAR. The drivers are integrated into the game via face scanners to ensure their realistic representation, with increased attention to the details of the tracks, stands and boxes.

With Race Now, players can compete as their official favorite driver from the Cup series or start in the captivating career mode. The career mode offers driver-oriented development with clear goals and structures on the way to fame. Online races are supported for up to 40 players – a full NASCAR racing field – so friends and other players from around the world can compete against each other.

Similarities and differences between the standard and champions edition

A brand new paint shop has also been developed for the game, which is said to be characterized by incomparable customization options when creating your own NASCAR vehicle designs. In addition, NASCAR 21: Ignition will contain a newly compiled soundtrack with artists such as Lynyrd Skynyrd, Imagine Dragons, Aerosmith and Luke Combs and, as the background music for the announcement trailer shows, will also entertain musically apart from the sound of the engines.

If you want to pre-order the game, you can do so now for PC (Steam), PlayStation 4 and Xbox One and have the choice between the Standard or Champions Edition. Both versions allow pre-orderers access to the game two days before the official release and contain a “Traxion.gg” livery.

The Champions Edition also shines with the exclusive opportunity to drive with the NASCAR Hall of Fame pilot Bill Elliott and use his livery.

Furthermore, a career booster is included which offers the advantage of being equipped with a contract for a whole season and thus being able to fight for the title from the start without having to worry about contract negotiations. Also included is the season pass, which includes all three DLC packages. The season pass unlocks additional color schemes and three more NASCAR legends.

* For the Sony PlayStation 5 and the Microsoft Xbox Series X / S there will be a free upgrade option for players who switch from the previous generation after the release.

Zoom is not only used during the day

“Motorsport Games is thrilled to be able to offer NASCAR 21: Ignition, the most realistic simulation from NASCAR to date,” said Dmitry Kozko, CEO of Motorsport Games. “We designed this game with our fans and gamers in mind, to give them the features, modes, and options they’ve long wanted. NASCAR 21: Ignition captures the atmosphere, pomp, and fierce competition of the NASCAR Cup Series and at the same time offers authenticity, competition and accessibility through the core functions of the game. “

“Our partners at Motorsports Games have put an incredible amount of talent and resources into completely redesigning the game and delivering a product that will delight our fans,” said Nick Rend, NASCAR’s Managing Director, Gaming and Esports. “NASCAR 21: Ignition leverages Epic’s Unreal Engine to bring the most realistic NASCAR racing experience right to our fans’ homes while bringing NASCAR-like races to a wide audience of gamers.”