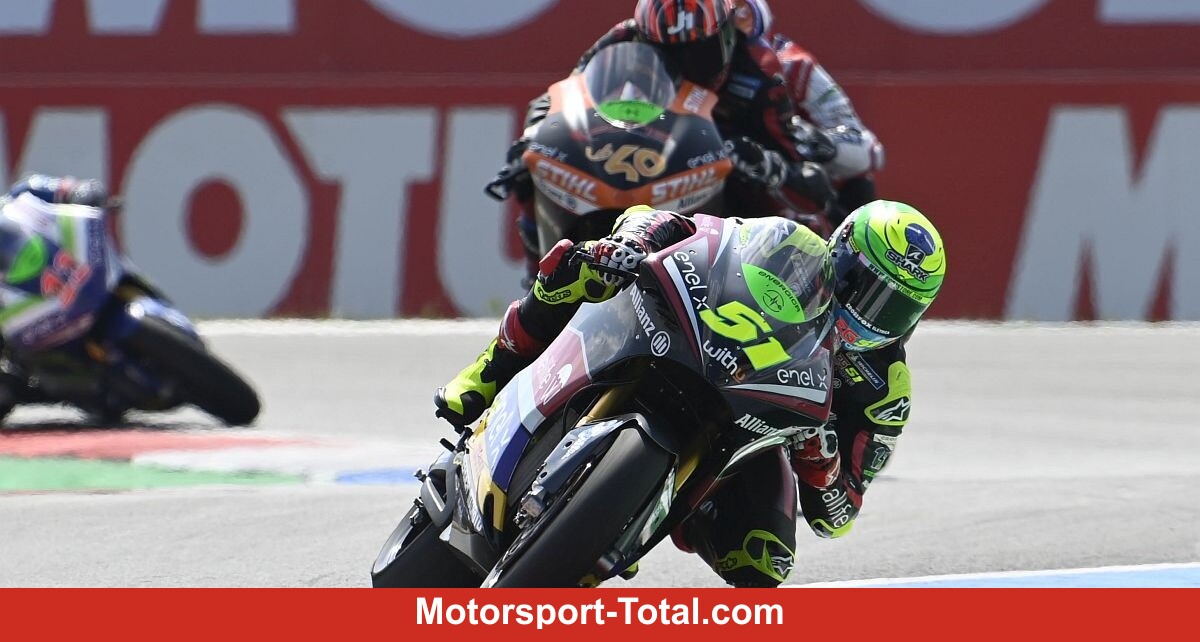 (Motorinformed.com) – After the bad luck in Barcelona, ​​Eric Granado is back at the top with a win in the fourth MotoE race of the season in Assen. The Brazilian won 0.844 seconds ahead of Jordi Torres on Sunday, who secured second place in a close battle with Alessandro Zaccone.

“It’s a kind of reparation for me after we unfortunately had a problem in Barcelona,” said Granado after his second win of the season. “I felt good with the bike here all weekend. In the race I thought a lot, I didn’t want to make any mistakes. When I was first, I just tried to ride smoothly and not do anything wrong. The reward is first place . “

Granado started from pole position, but initially had to line up behind Lukas Tulovic, who got off the ground best at the start and led the field through the first lap. Zaccone attacked Granado and took second place. In the course of the second lap, he finally took the lead.

Tulovic fell back and was only fifth after three laps. The German was then unable to intervene in the battle for the podium. Granado, on the other hand, did not give up and took the lead for the first time at the start of the fourth lap. He was able to open a gap immediately and drove safely to victory.

Behind them, Zaccone and Torres dueled for second place. On the final lap there was even a contact at Turn 11, which resulted in Zaccone almost falling. Torres finished second, but was only 81 thousandths ahead at the finish. “Like me, Zaccone was very aggressive. He tried to overtake me, but I defended myself. It was tough, but okay for the last lap,” said Torres, commenting on the duel.

Zaccone was also satisfied: “Our goal here was not to win, but to leave this route as the World Cup leader. And we did it. The fight at the end with Jordi was tough, we touched, but that’s how it is all in one Race. The main thing is that we continue to lead the overall standings. “

There Zaccone has 70 points after four races. Torres is new runner-up, seven points behind. Granado improved to second with his win, 17 points short. Dominique Aegerter has dropped to fourth place. He crashed in the last chicane of the first lap and was therefore left empty-handed.

Tulovic finished fifth behind Matteo Ferrari. With this, the German achieved his best season position so far. But he wasn’t satisfied with that: “The race was crazy and losing positions on the second or third lap unfortunately ruined my ability to fight for the podium.”

“That’s why I’m a bit disappointed that I only finished fifth. The potential was much higher,” said Tulovic. The remaining top 10 places went to Mattia Casadei, Fermin Aldeguer, Hikari Okubo, Yonny Hernandez, who subsequently lost a position due to a track limit penalty, and Miguel Pons.

Individuals “forgot” who Marc Marquez was for some time, says Honda MotoGP boss
“Numerous work to do tonight” regardless of the highest 10
Jack Basford on how iGP Supervisor continues to innovate
Prodrive presents Loeb’s new BRX Hunter
The whistles give me power