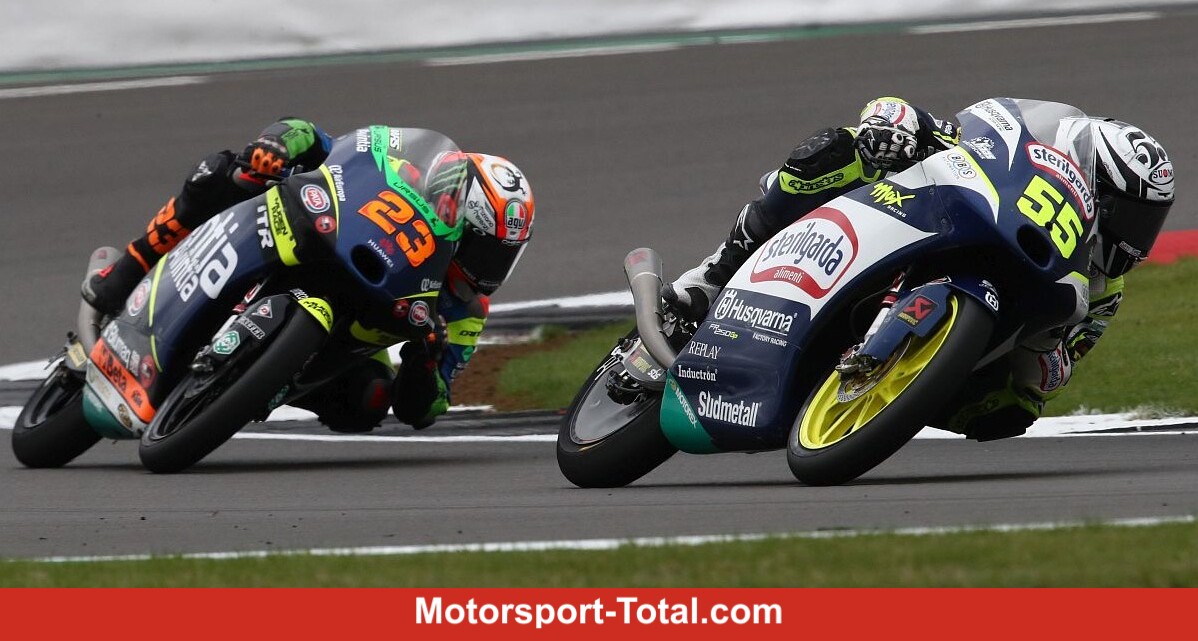 (Motorinformed.com) – Romano Fenati (Husqvarna) crowned his Moto3 dominance at Silverstone with victory at the British Grand Prix. The veteran had dominated all practice sessions and also led all laps in the race. With Fenati, Niccolo Antonelli (KTM) and Dennis Foggia (Honda), three Italians stood on the podium (on the result).

“I’m not happy,” jokes Fenati after this performance. “No, of course I’m very happy! I was first in every practice session. The race was fantastic. Thanks to the work of my team. Now we have to think about the next race. It won’t be easy to manage another weekend like this. That but is the goal. “

At the start of the 17-lap race, Fenati immediately took the lead from pole position. Pedro Acosta (KTM) and Sergio Garcia (GasGas) started from the eighth (penultimate) row and had a race to catch up. Fenati immediately accelerated and tried to pull away from the field.

Antonelli stayed with Fenati in the early stages while a gap opened up behind him. Garcia was already twelfth after the first lap and Acosta 15th. As a result, an Italian trio took the lead: Fenati, Antonelli and Andrea Migno (Honda).

Migno said goodbye to the top group in lap 6 with a technical problem. At this point, Fenati and Antonelli were three seconds ahead of their pursuers. Acosta had meanwhile worked its way up to tenth place (scroll through all the action in the ticker!).

The World Cup leader, like Garcia, was involved in the tough fights in the second group of pursuers from tenth place. Neither of them had a chance on the podium. At the top, Fenati couldn’t shake Antonelli off. The two veterans were the fastest drivers in the field.

Antonelli did not launch a single attack, but followed Fenati like a shadow. But in the end Fenati was able to pull out the decisive tenths of a second. He started the last lap with a one-second lead and drove home the victory with confidence.

Antonelli had to let go on the last lap. From behind, Izan Guevara (GasGas) and Foggia came closer in great strides. Antonelli crossed the finish line in second place and Foggia prevailed against Guevara in a duel for third place.

“My hand is still broken,” said Antonelli about his injury to Spielberg 1, which meant that he had to skip Spielberg 2. “I just followed Romano and didn’t want to give up. I’m very happy about this podium.”

The Austrian Maximilian Kofler (KTM) was at the bottom of the field. More than 50 seconds behind, he finished 25th and last.

The next Grand Prix will take place on September 12th in MotorLand Aragon (Spain).

Hunter-Reay to exit Andretti Autosport IndyCar workforce after 11 years
Hamilton saved by science not luck in Monza crash, says halo college director
Aleix Espargaro offers a sign of his future – GP Inside
The hero of the GP of Aragon – GP Inside
Marquez couldn’t do something towards Bagnaia: “I attempted all the pieces”