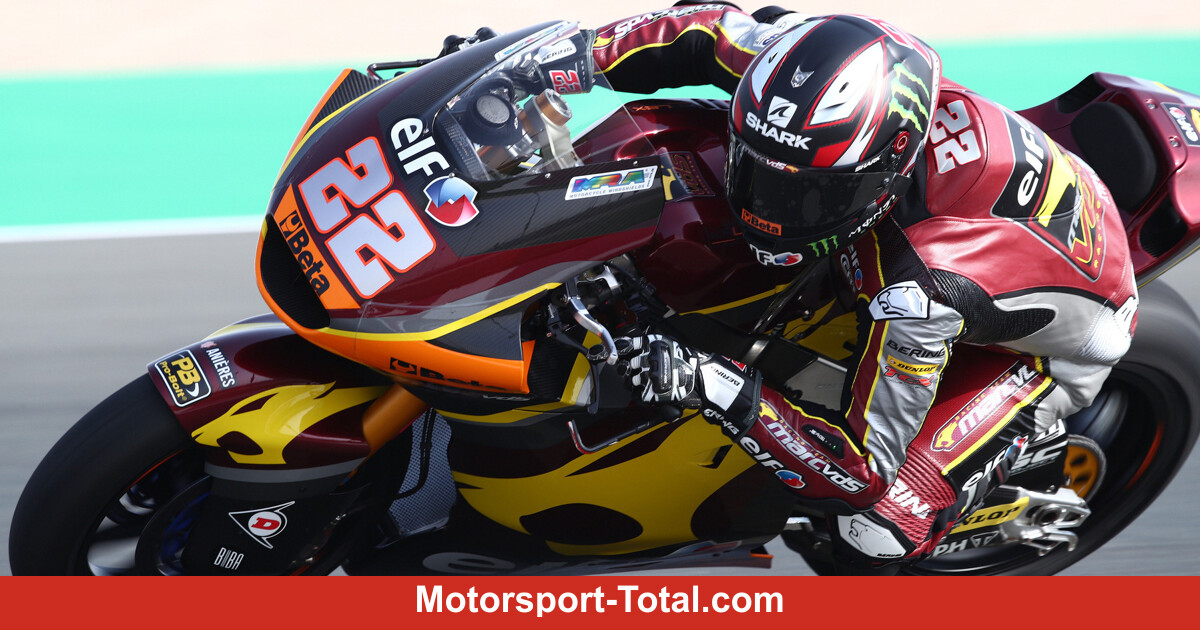 (Motorinformed.com) – On the Losail International Circuit in Qatar, in addition to the Moto3 teams, the Moto2 World Championship teams tested these days in preparation for the 2021 racing season, which will start at the same place next weekend. Both classes stood from Friday By Sunday, three test days with three sessions each on the program, although not all drivers made use of every single session.

In the Moto2 field, the test best time goes to Sam Lowes (Marc-VDS-Kalex), after Remy Gardner (Ajo-Kalex) and Xavi Vierge (Petronas-Kalex) had each secured a best time of the day. In the combined timesheet, however, Gardner is 0.048 seconds and Vierge 0.177 seconds missing from the 1: 58.655 minutes that Lowes put in the last of the nine sessions. (Photos: Moto2 test in Losail)

“To be honest, I’m surprised myself,” admits Lowes to ‘MotoGP.com’ and explains why: “We actually focused on the race set-up and primarily drove long runs. I’m sure that applies to most of the riders . In the last session we just wanted to see where we were. I think the race weekend could be really interesting. “

Raul Fernandez: The fastest rookie was the Ajo driver in the top 10 Zoom

Marco Bezzecchi (VR46-Kalex) even came within 0.013 seconds of Lowes’ best time and thus finished the test on P2 ahead of Gardner (3rd) and Vierge (5th). Vierge’s Petronas team-mate Jake Dixon slipped into P4 between the fastest of the two previous days.

By the way: The Speed-Up-Bikes, which are used by both the Speed-Up-Team and the Aspar-Team, are no longer called Speed ​​Up this year for marketing reasons, but Boscoscuro. With the new designation, Aaron Canet and Jorge Navarro drove into the top 10 as the two fastest of the four Boscoscuro pilots.

Raul Fernandez (Ajo-Kalex) also finished in the top 10 as the fastest rookie. In total, there are no fewer than eight rookies in the starting field for the Moto2 World Cup 2021, with Moto3 world champion Albert Arenas (Aspar) and five-time MotoAmerica champion Cameron Beaubier (American Racing) being the most prominent. Arenas lined up in P11 just behind Fernandez. Beaubier completed the test at P15 after increasing it continuously over every three days. He was less than 0.7 seconds short of Lowes’ best time.

Schrötter with Highsidher – Lüthi has a hard time

However, Marcel Schrötter missed the top 15. The main focus of the German was always on the last session of the day, because these late sessions should come closest to the decisive ones on the race weekend.

But after he failed to make a final attack on Saturday with fresh tires and was “far too far away from the music”, which was “really very surprising for us”, as Schrötter admitted, things didn’t go any better on the final day either: P18 in the combined Result of all three test days.

UPDATE: To make matters worse, Schrötter had a high side in the last session of the test. “Perhaps it was because of me that I didn’t start the tires properly or that I didn’t get enough temperature because the rear tire suddenly slipped completely unexpectedly at the apex of a corner,” said Schrötter, who got away unharmed.

Schrötter’s new team-mate Tony Arbolino was 16th, two positions ahead of the German. Arbolino is one of the eight rookies in the field.

After two years at Intact, Tom Lüthi is now starting Zoom for the SAG team

Tom Lüthi is anything but a rookie. The Swiss, who made his debut in the middle world championship class back in 2007 (at that time still 250cc class) and who was Schrötter’s team-mate at Intact for the past two years, is driving for the SAG team in the new season. Lüthi finished the test in preparation for his first race in the new racing stable in a field of 30 in 21st place. Teammate Bo Bendsneyder finished eighth in the top 10.

At the bottom of the timesheet: Hafizh Syahrin, who after two MotoGP seasons (2018 and 2019) is now facing his second season since returning to the Moto2 class. For this, the Malaysian has switched from the Aspar team to the RW team, where he is Bendsneyder’s successor on the NTS.