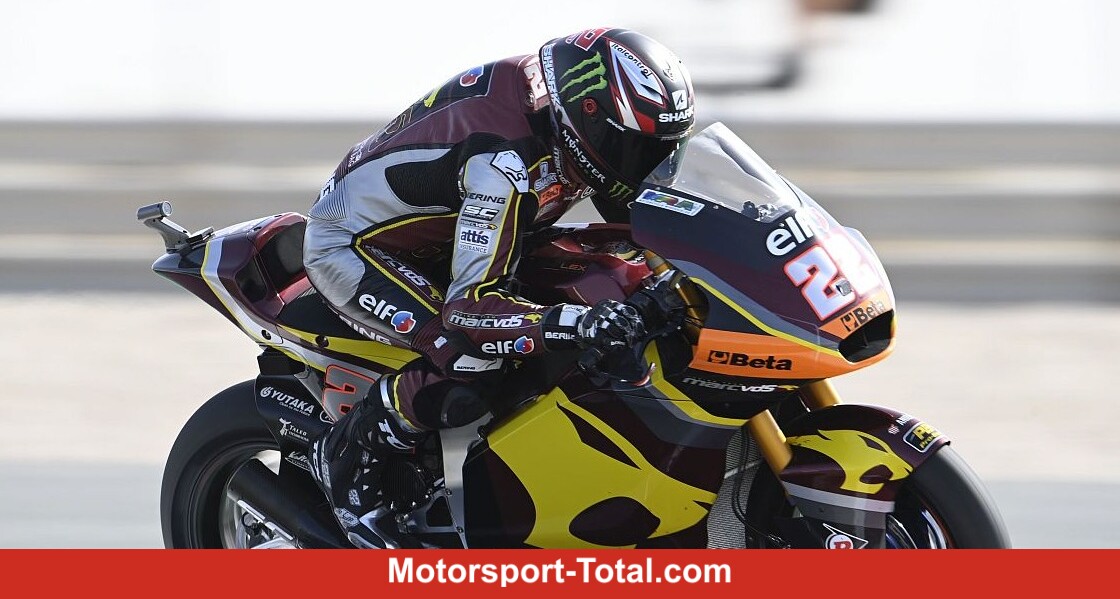 (Motorinformed.com) – In the third Moto2 free practice session in Qatar, Sam Lowes set the best time with 2: 00.878 minutes, beating his Kalex brand colleagues Marco Bezzecchi and Remy Gardner, who finished second and third. Overall, however, the pace was slower than yesterday Friday.

Sam Lowes was the fastest man in FT3, but no faster than on Friday
zoom

Despite the strong wind, which visibly carried a lot of sand over the route, there was some traffic at the beginning of the session. As in Moto3, the times were of course well above those on Friday evening. Hector Garzo, who dropped his Kalex at turn 16, caused an early fall, but remained unharmed.

Gardner took the lead early in the classification with a time of 2: 01.127 minutes. He was about one and a half seconds short of Friday’s record. Only in the final phase did the pace pick up a bit. But Lowes remained the only driver who managed to break the 2:01 mark.

The Briton thus asserted himself in this training session before Bezzecchi, who in the end pushed himself past Gardner into second place. Aron Canet (Boscoscuro) and Tony Arbolino (Kalex) finished the session in fourth and fifth.

There was no time improvement compared to yesterday. Raul Fernandez remains the fastest in training with a best time of 1: 58.541 minutes, followed by Fabio Di Giannantonio, Gardner, Bezzecchi and Joe Roberts (all Kalex). The rest of the top 14 also remained unchanged. With this, Marcel Schrötter also managed to move into Q2.

Tom Lüthi (Kalex), his successor at IntactGP Tony Arbolino and Moto3 champion Albert Arenas (Boscoscuro) will later have to compete in Q1. A total of 14 drivers will fight for the last four places in Q2.

The following are directly qualified for Q2:

MotoGP French GP to be proven dwell on ITV4
Hit by Lecuona, Álex Márquez evokes a “catastrophe”
Honda’s “Marquez-dependence” in figures – GP Inside
A Lap Around Long Beach Street Circuit
relaxed dialogue of a champion with a younger diamond