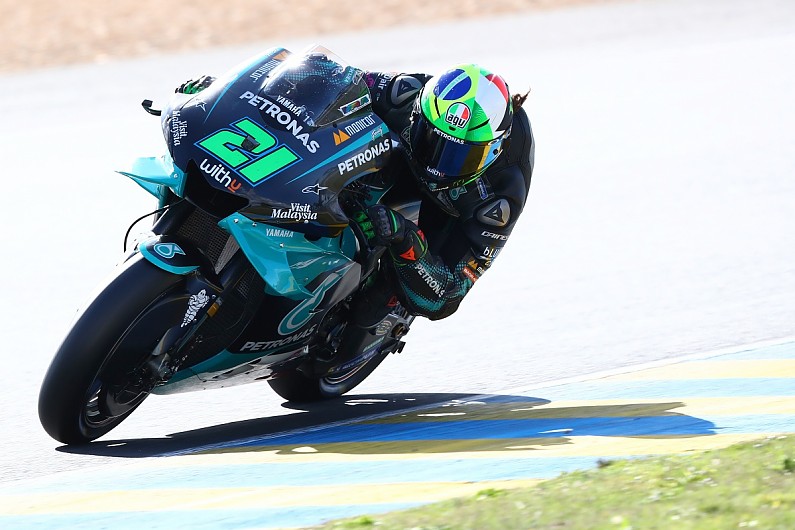 Franco Morbidelli expects his MotoGP French Grand Prix to be a “nightmare” from 11th on the grid as his Yamaha’s strong points will be “useless” mired in the pack.

The Petronas SRT rider was involved in the pole battle for much of qualifying on Saturday, but “didn’t have the same feeling” on his M1 during his second run and couldn’t improve on his 1m31.891s.

This left him in 11th, matching his worst qualifying result of the year from August’s Styrian GP.

Owing to the Yamaha’s power deficit – with the fastest M1 10km/h down on the Ducatis at Le Mans – Maverick Vinales and Le Mans poleman Fabio Quartararo admitted at Misano this made it too difficult to overtake on the M1.

With three Ducatis starting directly ahead of him on the grid, Morbidelli says he is “very worried” about trying to overtake in the race.

“I know it already. Our strong points are useless when we are in a group.

“I am very disappointed because I thought I was fast, and actually I was in the first time attack.

“I was two tenths off Fabio’s lap time, and I did my lap time alone and he had a little bit of a reference in front of him, so two-tenths were acceptable.

“Then when I went for the second time attack I was expecting to improve, but nothing happened. The feeling was worse and everybody else improved and I started to go down in the chart unfortunately.

“As I said it is what it is and we will try to get the maximum tomorrow.” 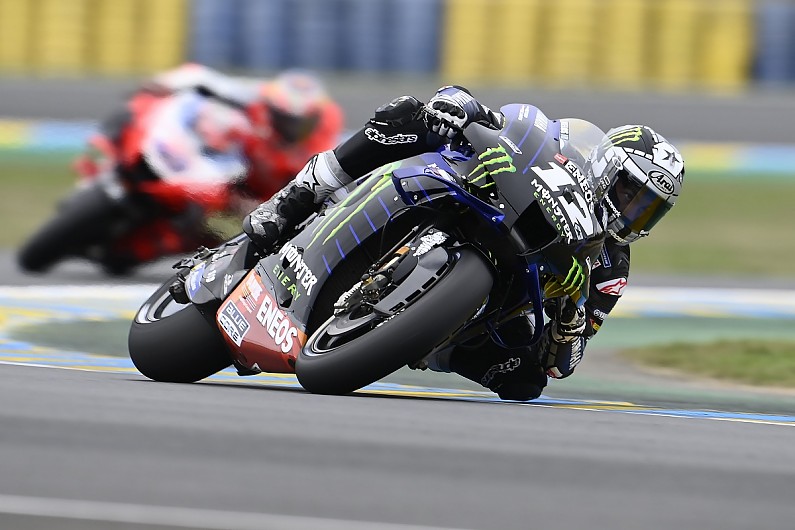 Vinales qualified fifth, but was half a second down on Quartararo’s pole time as he was just “cruising” owing to a lack of stability and edge grip.

“Will be a difficult race, we will try to start good, but the feeling is not fantastic,” he said.

“I don’t know why we have a lot of movement on the bike. I have really poor grip on banking and I cannot push, I just cruise, especially on time attack.

“But I could not keep the full gas on the main straight or the few other short straights. So, we need to gain some more stability on the bike and a little bit more grip on banking.

“The rhythm was quite good, this is the only thing that keeps me positive and we will try to be strong on the brakes to overtake.

“We didn’t have that feeling when you go to the track and the bike is working well. The bike was working in a difficult way, so we needed to change quite a lot the bike and we lose a lot of time in FP3, FP4. In the warm-up we have 20 minutes to see what we can do.”

DTM set to make use of one Michelin tyre compound in first GT3 season
Steiner: “Not honest” to maintain F1 employees on the highway for six weeks
Wolff clarifies his feedback on Ocon’s future
The beginning grid of the Spanish GP
relaxed dialogue of a champion with a younger diamond