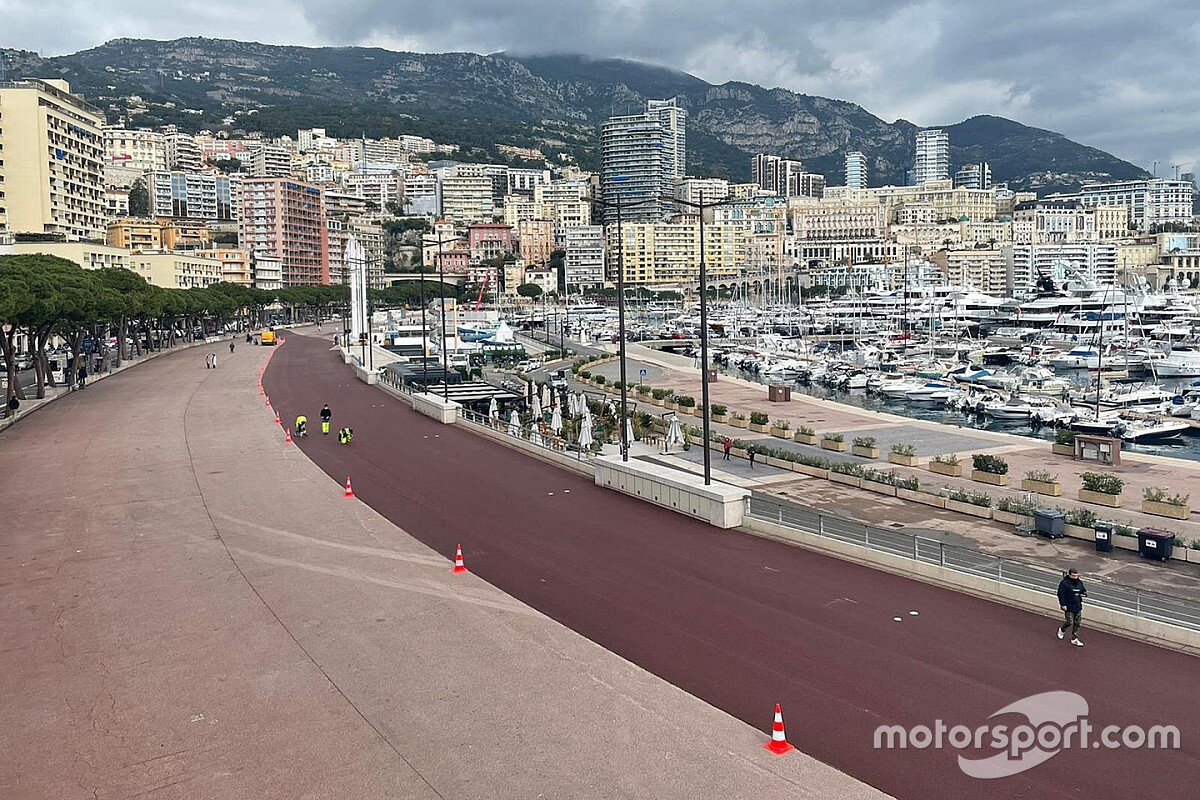 
Before starting the construction of the circuit and installing the infrastructure necessary for the organization of its Grand Prix, the Automobile Club de Monaco completely redone the pit lane at the end of the week. The pitlane is now brand new after the laying of 350 tonnes of asphalt, work which in a way triggered the countdown to the event which will take place at the end of May.

The Principality is facing a logistical and health challenge this year since it must host no less than three major events in a few days in the spring: the Historic Grand Prix from April 23 to 25, the Formula E E-Prix on Saturday 8 May, then the Formula 1 Grand Prix from May 20 to 23.

This particularly condensed calendar has already pushed the organizers to bring forward by fifteen days the date of the start of the construction of the circuit, 3.337 kilometers long. Above all, the latest news given by the government of Monaco was perceived as a very positive signal as to the holding of events, despite a context made very uncertain by the COVID-19 pandemic.

Last year, the Monaco Grand Prix paid the price for the health crisis, forced to be outright canceled like several other rounds on the calendar. This cancellation was a first since 1954.

This year, the Monaco Grand Prix is ​​set to be the fifth round of the championship, which kicks off in Bahrain on March 28 as the Australian Grand Prix has been postponed until November. After this opening round, the paddock will head to Imola and then Portimão before going to Barcelona. Monaco will precede two other events taking place on a non-permanent circuit, in Baku and then in Montreal. These two events will largely depend on the date on which the preparatory work begins.