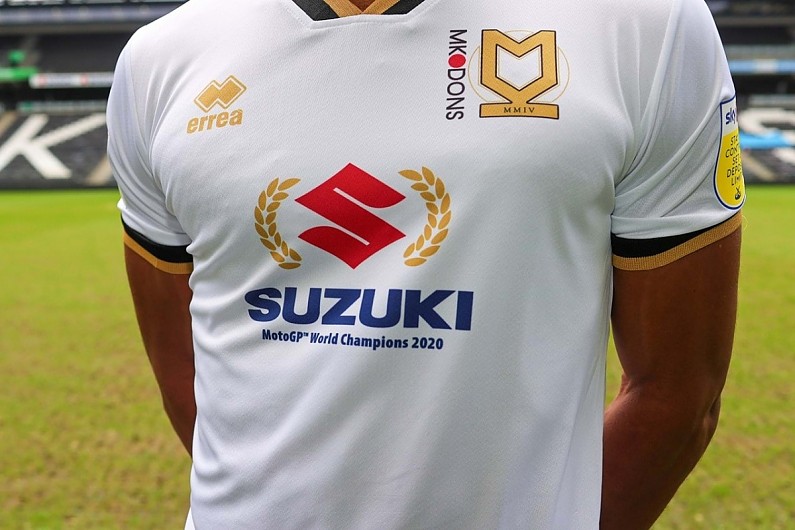 Mir ended a 20-year title drought for Suzuki last year when he won the 2020 MotoGP crown with a race to spare, having amassed one grand prix victory and a total of seven podiums.

Suzuki has been MK Dons’ title sponsor since 2014, and to celebrate Mir’s championship win, the League One side will run a one-off shirt when it faces off against Oxford United this weekend.

Fans will be able to win some of the match-worn shirts through a charity prize draw, with funds going to the MK Dons Sport and Education Trust and the Milton Keynes Hospital Chairty.

“We enjoy a great relationship with the MK Dons, and it’s going to be very special to see our MotoGP world championships celebrated on the front of their shirts this weekend,” said Suzuki GB’s director Paul de Lusignan.

“In MotoGP Joan Mir lifted the rider’s title while Team Suzuki was able to win the team championship, highlighting the performance of Mir, but also our GSX-RR.

“We hope the MK Dons can achieve success this weekend in the commemorative shirt and we have something to celebrate together.”

PLUS: How MotoGP’s wildest season unearthed a new superstar 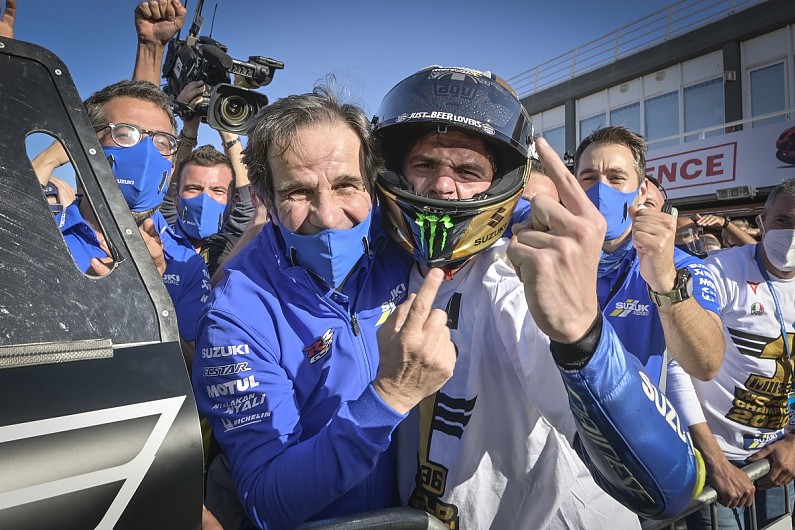 MK Dons’ commercial manager Andy Wooldridge added: “When speaking to the team at Suzuki, I can sense the immense pride that everyone at Suzuki has in this achievement.

“We are pleased that we are able to show our support of this and raise money for local causes at the same time.”

The Spaniard has also been nominated for a Laureus Award in the World Breakthrough of the Year category.

Mir remains with Suzuki for this season alongside Alex Rins, with the pair unveiling their 2021 challenger on 6 March at the team’s official launch event ahead of the opening day of pre-season testing.