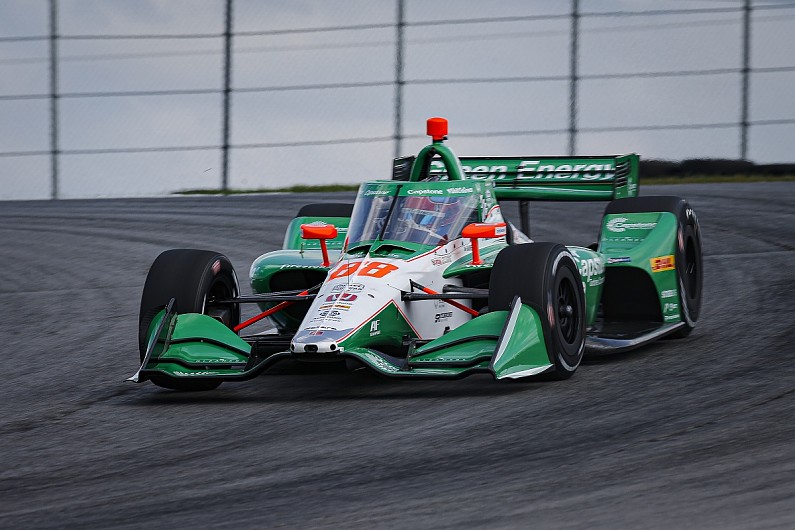 Colton Herta earned pole position for the second race of the weekend at Mid-Ohio after topping a rain-hit qualifying session that involved a crash for race one victor Will Power.

It was Dale Coyne Racing’s Santino Ferrucci who starred in the treacherous conditions to top the first qualifying group by over 3.2 seconds ahead of his team-mate Alex Palou.

Ferrucci put himself firmly in contention for a maiden IndyCar pole with a benchmark time of 1m27.4688s amid an interrupted session.

The first red-flag stoppage was caused by a crash for AJ Foyt Racing’s Charlie Kimball who spun at the end of the start/finish straight.

Palou recovered from spinning twice on his outlap to set the second-fastest time in the first session, ahead of 2016 series champion Simon Pagenaud and Andretti Autosport’s Ryan Hunter-Reay.

Pagenaud’s team-mate Power, who dominated the opening race of the weekend at Mid-Ohio from pole position, spun just moments into the second session and brought out the red flag with Jack Harvey slamming into the wall at a similar time. 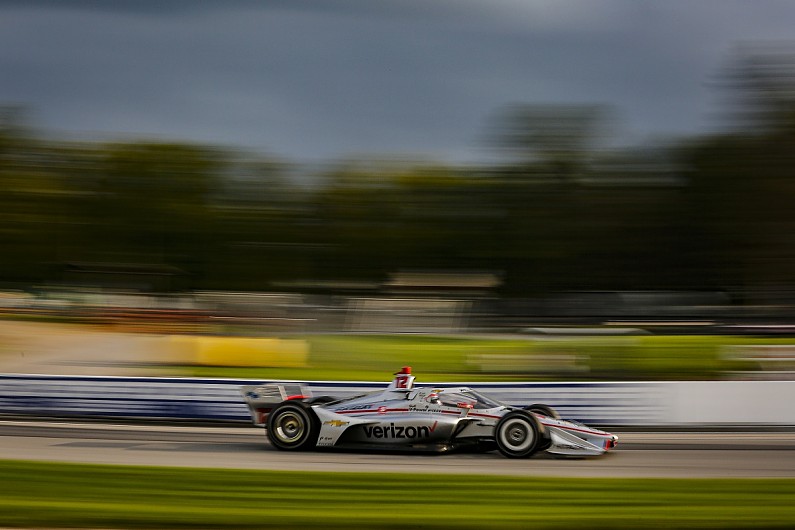 Power returned to the pits but was unable to re-join qualifying because he – along with Meyer Shank Racing’s Harvey – was responsible for causing the red flag.

Almost immediately after the session restarted, Arrow McLaren SP’s outside title contender Pato O’Ward spun into the gravel and the red flag was required once again.

When the session eventually restarted it was Andretti’s Herta who topped the session with a 1m26.2788s – fast enough to ensure he’ll start from pole position alongside Ferrucci.

Pagenaud will start in sixth ahead of Marco Andretti, who gambled on slick tyres and set the fourth-fastest time in his group with a late-effort.

The top 10 on the grid is completed by Hunter-Reay, reigning series champion Josef Newgarden and Alexander Rossi.

Tooned 50: The making of (part 2)
Ducati’s nuanced pleasure after a historic double in Jerez
Moto3 prodigy, Acosta should not reduce corners in line with his elders
MotoGP French GP to be proven dwell on ITV4
Outdated MotoGP bike inflicting “shadow of frustration” – Morbidelli