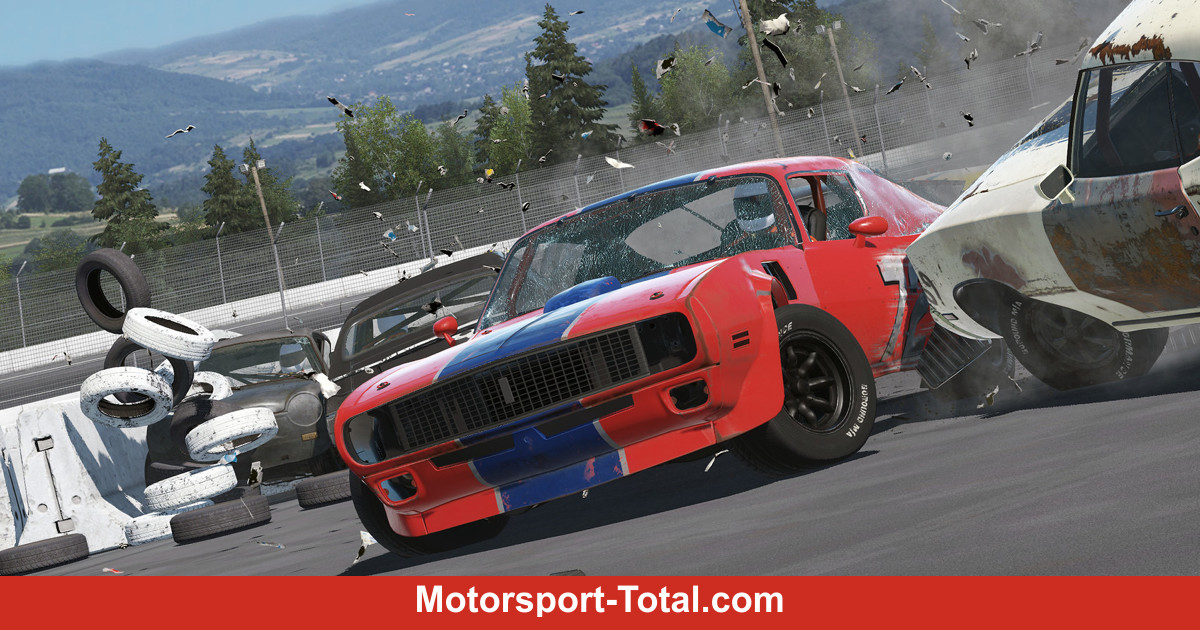 (MST / Speedmaniacs.de) – With the big July update for Wreckfest, Bugbear Entertainment delivers not one, not two, and not three, but a multitude of reasons to relax in front of the screen or television and enjoy the action Gamble racing game.

The July update brings some improvements to all systems
zoom

The PC and console versions benefit equally from various improvements. Crossplay between the PS4 and PS5 version is now supported and data transfer (see below for step-by-step instructions) is now possible so that you don’t have to start all over again on the PS5.

Xbox Series X | S owners can experience Wreckfest at 60 FPS after the update. This applies to both the X series (at 4K) and the S series (at 1080p). The handling of the upgrade DLC and the bonus car has also been improved, so that both are now automatically downloaded and installed as soon as the upgrade DLC is purchased. In addition, the stability of the title has been improved. But the July update also features other improvements and additions. PS5 owners no longer have to deal with the start delay and rental vehicles work on the PC even if there is a host restriction.

PC gamers will come from visual enhancements like bloom and screen space sun wells, parallax occlusion mapped skidmark stickers, improved ambient lighting with spherical harmonic probes and more detailed shadows, not to mention dynamic dirt on vehicles and thicker foliage. “We can safely say that Wreckfest has never looked this good,” explains Bugbearb. Players with inferior hardware can adjust the quality of the more sophisticated improvements in the game’s settings menu or disable them entirely. The network code has also been updated and related bugs have been fixed.

As a look at the overview of changes shows, this is a major update for PC with some changes to the file system. Therefore, according to the developer studio, it cannot be completely ruled out that in one case or another the update of the game does not go smoothly. However, that shouldn’t deter anyone, because there is a recommendation just in case. If the dreaded “data mismatch” error message is displayed after the update, it is recommended to check the integrity of the game files by going to the Library page in Steam and selecting Manage> Properties, then selecting the Local Files tab and finally clicking the “Integrity” button of Check Game Files “is clicked.

Data transfer from the PS4 to the PS5 version in just a few steps:
1. Connect a USB storage device to your PS4 and go to Settings> Application Saved Data Management> Saved Data in System Storage> Copy to USB Storage Device. Select the memory file you want to copy and transfer it to the USB drive.
2. Disconnect the USB drive from the PS4 and connect it to the PS5. Go to Settings> Saved Data and Game / App Settings, then select Saved Data (PS4)> USB Drive. The Copy to Console Storage option appears.
3. Launch Wreckfest on the PS5 and a dialog will appear to migrate your PS4 save data. You can also do this at any time later in the settings menu.

Wreckfest – PC (1.278436), XB1 / XSX (2.0.1.1), PS4 (2.11), PS5 (1.011) -Changelog:
TOURNAMENT
-The second Wrecking Madness seasonal event starting on 6th of July features multiplier coins that will multiply your score for a while once collected.
-The Dirtshot bundle is now correctly received the first time purchasing it.

USER INTERFACE
-In Paint Shop, pressing (A) now confirms the selection and changes to the next tab.

GAMEPLAY
– (PS4 / XSX) First gear is now correctly engaged while on the start grid, eliminating launch delay.
-The front wheels no longer detach as easily when using the Extreme damage mode.
-Exhaust now deforms along with the rest of the vehicle body when using Extreme damage mode.
-Sweeper can be now tuned in the tournament mode even when not owning the DLC.
-Step Van gearing tuning options are now in correct order for real.
-Bumper Car (TL) no longer appears in the garage.
-Improved Speedbird GT competitiveness.
-Fixed Speedbird GT license plate normal map.
-Removed plate from the Speedbird GT right side door.
-Only base Speedbird GT roll cage now has a window net.
– (PC / PS4) All Speedbird GT paint styles and liveries are now displayed correctly.
– (PC / PS4) On Wrecking Playground, the free camera is now allowed to go higher.

Spa 24 Hours: ASP Mercedes tops opening qualifying
six rallies candidates for the final 4 locations
Superbike, Filippo Conti (Yamaha GRT): “Gerloff will rating in 2022”
Staff VR46 fairings could change each three races – GP Inside
“Not one of the best circuit for us” – GP Inside