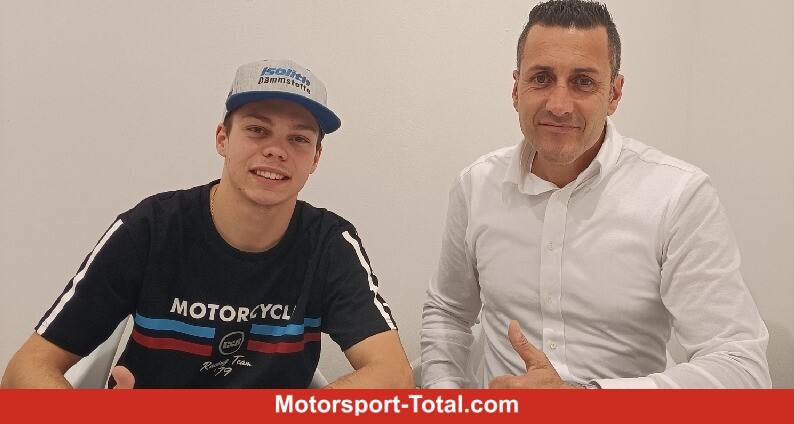 “I’m really looking forward to the new task,” says Kofler. “It will be a big step from the Moto3 to the Supersport machine, but also a very attractive one. With Randy, I have a very experienced team-mate at my side, from whom I can learn a lot. He is one of the absolute top candidates for the Title next year and is therefore a strong reference value from the first training together. “

In contrast to Moto3, the Supersport World Championship has two races per weekend on the program. “I know a lot of the tracks from the MotoGP scene, but some courses like Donington, Magny-Cours or the overseas races are completely unknown to me,” says Kofler.

The CM Racing team, led by Alessio Cavaliere, has been active in racing since 2017. They worked their way into the World Cup via the Italian and European Superstock championships. In the 2021 season, the team fought for the title with Luca Bernardi from San Marino. The 20-year-old took five podiums and a pole, but had a hard crash at Magny-Cours and missed the last five race weekends. Krummenacher was nominated as a replacement and promptly won the first victory for CM Racing in Barcelona.

In 2022, CM Racing will complete a full-time program with Krummenacher and Kofler. “Together with team boss Alessio Cavaliere and our data engineer Alessandro Alvisi, I had many discussions about how we could occupy second place,” explains team manager Manuel Cappelletti. “We are happy that we have signed a young talent in Maximilian. Together with Randy, he is the perfect choice for us.”

Not only is Kofler new as the second driver for CM Racing in the 2022 season. The motorcycle brand is also new. The team from Rome will switch from Yamaha to Ducati during the winter break. The Italian manufacturer is making its supersport comeback after a 14-year break with the Panigale V2. “Ducati is a great brand with a major pillar in racing. We are proud to be part of this comeback and to usher in a new era in the Supersport World Championship with the Panigale V2,” said Cappelletti.

Newcomer Kofler adds: “From the first conversation with the team I felt that I was in very good hands. I’m really excited about the bike. Because driving a Ducati in racing mode is a dream that every motorcycle racer wants to experience. And exactly this is now an option. “

Loeb: Monte Carlo win over Ogier “certainly one of my finest reminiscences”
Nurburgring professional Pittard turns into Aston Martin manufacturing facility GT racer
MotoGP, Jack Miller constructive: he can not depart Australia
One Daytona 500 winner’s custom could also be altered this season
“I did not actually anticipate that”