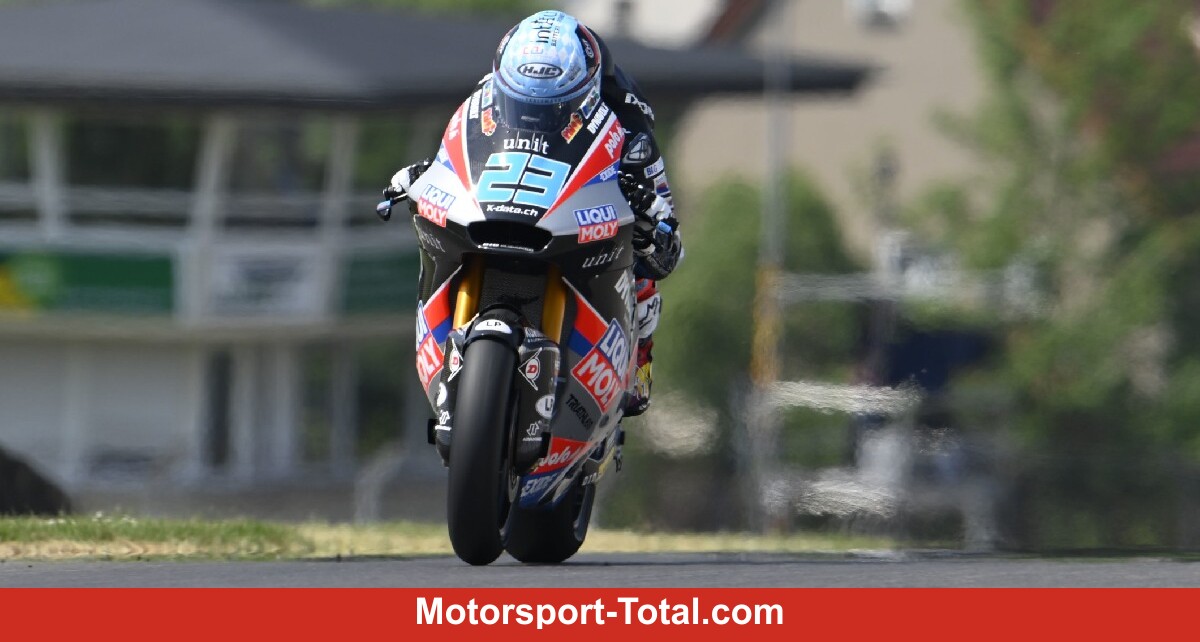 (Motorinformed.com) – Moto2 driver Marcel Schrötter showed a strong opening phase from starting position 17 in his home race at the Sachsenring and fought his way into the top 10 within five laps. The German was eighth there for a long time and moved up to sixth in the last third of the race.

“I’m really happy. I think it was a strong performance from me. The Sachsenring is definitely one of the most difficult racetracks to overtake. Therefore the prospects after starting position 17 looked rather bleak”, knows the IntactGP driver.

“In Moto2 it is inherently much more difficult to move forward quickly. But I did everything right at the start and on the first lap. In addition, I felt really comfortable with the bike,” says Schrötter and praises his team: “I have to honestly say that it was the best bike I’ve had this weekend until just over half-time.”

“Even though our pace was mostly strong on the last few Sundays, we were often on the lookout, especially when it came to the feeling in the race. Everything was fine here. So thank you guys for your great job,” said the satisfied German.

“It was a shame, however, that I had to struggle with myself in the last third. It was really not easy to close the gap to the vehicle in front every time. And at this point I come back to the Sachsenring because the track layout is particularly strenuous here . In addition, this course is extremely left-leaning. “

That made Schrötter physically noticeable: “Even from Friday my triceps closed slightly. In the race over 28 laps it got worse and worse towards the end. In the last six or seven laps I had to be very careful when braking into the left-hand corners and be very concentrated be.”

Lowes at the end still over: “I was exhausted”

That’s why Sam Lowes was able to catch him in the penultimate corner, explains the German. “That’s the only point I’m disappointed with, because being overtaken two corners before the finish always sucks. But I have to admit that I was pretty exhausted by this point and therefore didn’t have a chance, somehow to hold against, “he admits.

In addition, Schrötter did not want to risk a late fall. “As you can see, some drivers fell down because they were probably no longer fully concentrated or were already tired,” he says about the falls of Ai Ogura and Xavi Vierge, who threw fifth and sixth place short before the end.

“This track and the distance of 28 laps just make you tired. In addition, the front tire also deteriorates and becomes more difficult to control with each lap. So this sixth place was the maximum. I’m still very happy with it because it is more than a conciliatory conclusion of the weekend is. “

“We have to keep believing in ourselves and do everything we can to get our qualifying performance on the line,” said Schrötter looking ahead. “Looking back, a podium would have been possible here. But we have to be satisfied with what we have achieved and hopefully I was able to give the German fans some pleasure.”