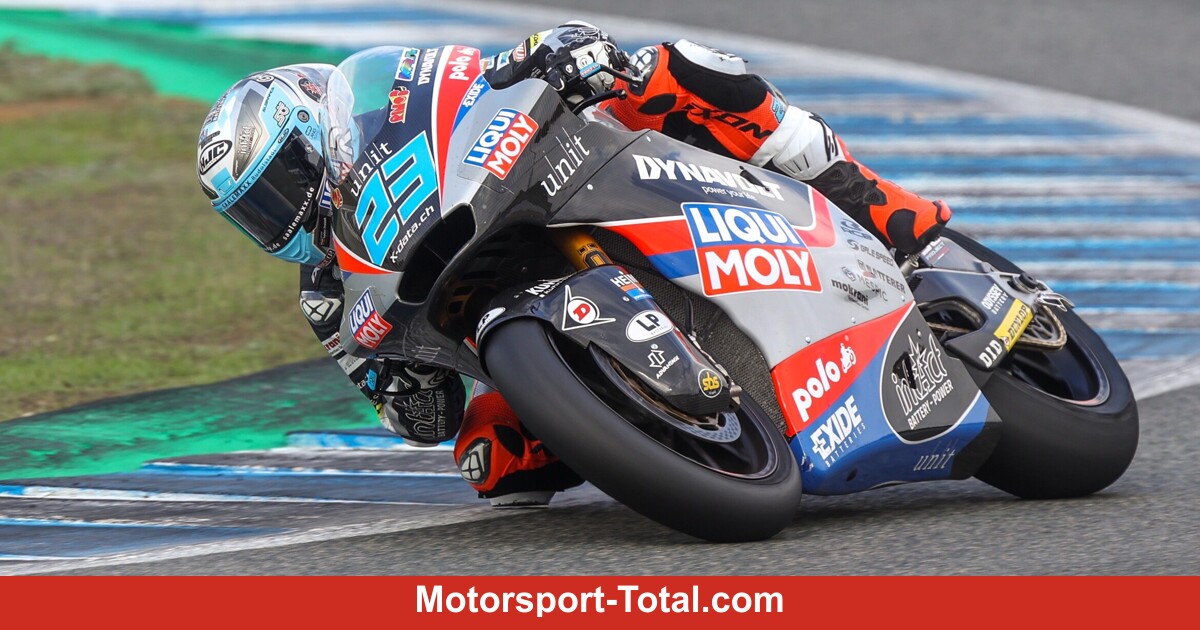 (Motorinformed.com) – At the beginning of the week some teams of the Moto2 and Moto3 classes were on the road at the Circuito de Jerez Angel Nieto in Spain. From Sunday to Tuesday there were three private test days on the program, with tire manufacturer Dunlop also inviting them for a tire test.

The teams IntactGP, Marc VDS, SAG, Speed ​​Up, Gresini, American Racing, Pons, RW-Racing, MV Agusta, VR46 and Aspar were on site. In the Ajo team, Moto3 world champion Pedro Acosta made his debut in the middle class (overview of all drivers and Moto2 teams for 2022).

Jorge Navarro did not have a good end to the season. The Spaniard switched from Speed ​​Up to Pons. On his first test with a Kalex, Navarro fell and broke his ankle in his left foot. For further treatment he went to Barcelona to see Doctor Xavier Mir.

The IntactGP team shared the program. Newcomer Jeremy Alcoba had two days of testing. For the climber from the Moto3 class, it was primarily about getting to know the motorcycle and driving many kilometers. The Spaniard completed 139 laps.

Schrötter only drove one day in Jerez and devoted himself to the Dunlop tire test. The German had an intensive program because he ran three racing simulations within one day.

Dunlop wanted to collect feedback from three experimental tires. “It was a very intensive test day for all of us,” reports Schrötter. “We had very precise guidelines on what to look out for. Ideally, it should be a little more than one race distance at a time.”

“We followed through with this program exactly and didn’t even change anything on the motorcycle during the whole day, but instead did all the racing simulations with the same standard set-up for Jerez, with the exception of minimal adjustments.”

In one day, the German reeled 92 laps from Zoom

“I think I’ve never driven more than three race distances in one day in my career. Three 27 laps in a row are now a bit noticeable. Due to the tight test plan, I tried to allocate my reserves well.”

“A time attack was never planned because the lap times were not in the foreground. Therefore, it wasn’t my intention to start like crazy in the first run and then break in after half the distance in the second run.”

“So I was keen to just do the laps consistently, even if I wasn’t necessarily fast. But that was completely irrelevant as it was just about providing information to Dunlop about how the tires were behaving. I think that we did the job properly. “

The only official winter test for the two small classes will take place from February 19 to 21, 2022 in Portimao (Portugal).