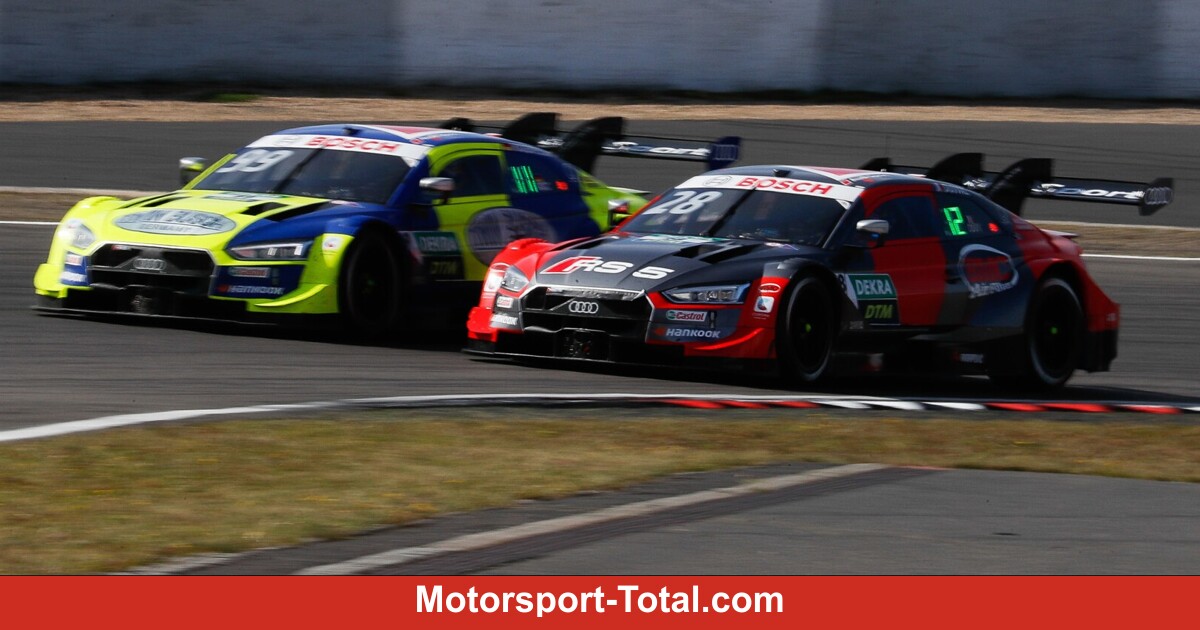 (Motorinformed.com) – Loic Duval and Mike Rockenfeller know each other well. For four years they competed together in the DTM for the Phoenix team in the service of Audi. After the end of the Class 1 era, Duval said goodbye to prototype racing, where he could meet Rockenfeller again in the medium term. Then, however, as an opponent, which the French would welcome.

For his part, Rockenfeller announced his departure from Audi at the end of the 2021 season and is associated with an LMDh commitment. “It would certainly not be a surprise if a manufacturer would sign him to drive a hypercar or LMDh because he deserves it,” said Duval of his long-time team-mate in an interview with the English edition of ‘Motorsport.com’.

Rockenfeller can look back on a very successful past in the prototype. In 2010 he won the Daytona 24h and the Le Mans 24h with a distance record. This year, at the endurance classic in Florida in a top-class Cadillac-DPi with Jimmie Johnson, Kamui Kobayashi and Simon Pagenaud, the second place overall jumped out.

WEC: LMH and LMDh in comparison

Cadillac is a good keyword: The GM brand announced the entry into the LMDh class in August. Rockenfeller has a long-standing relationship with the American company, he competed four times for Cadillac’s sister company Corvette at the Daytona 24h and the Sebring 12h, plus two more times at the Le Mans 24h. In 2017 Rockenfeller achieved class victory at Sebring with Jan Magnussen and Antonio Garcia.

Under these circumstances, a renewed revival of the Rockenfeller-GM combination seems sensible. The German has already praised the two former Audi sports directors Wolfgang Ullrich and Dieter Gass for making these missions possible. Duval also says: “I think Dr. Ullrich was the best manager I’ve ever had. And Dieter Gass, when he took over responsibility for the race, was also very nice.”

Duval, who says he has no relationship with the new management at Audi Sport around Julius Seebach, is under contract with Peugeot in 2022 and will be driving a hypercar from the Löwen brand in the coming WEC season. This year the Frenchman kept fit with a full-time engagement in JDC-Miller’s Cadillac DPi.

Could Duval envision a dual role – and thus a further collaboration with Rockenfeller – for 2022? “As long as there is no overlap with my main contract with Peugeot, and as long as I can do everything else without affecting my commitment to Peugeot, I am up for everything,” he explains. At the same time, he is still in talks with the JDC Miller team.

At least in the current versions of the WEC and IMSA racing calendars, there is only one overlap: “Super Sebring”, the jointly planned event on the US airfield track in March. It is not yet clear whether Duval and Rockenfeller will meet there as teammates or competitors.

M-Sport reveals a colourful Ford Puma for the 2022 WRC
Alonso: Oldest driver tag now provides me a bonus in F1
Mark in Aragon to hint the path to Sepang – GP Inside
Watch the 24 Hours of Le Mans Digital dwell
For Ezpeleta, Petrucci’s profitable Dakar exhibits the extent of MotoGP