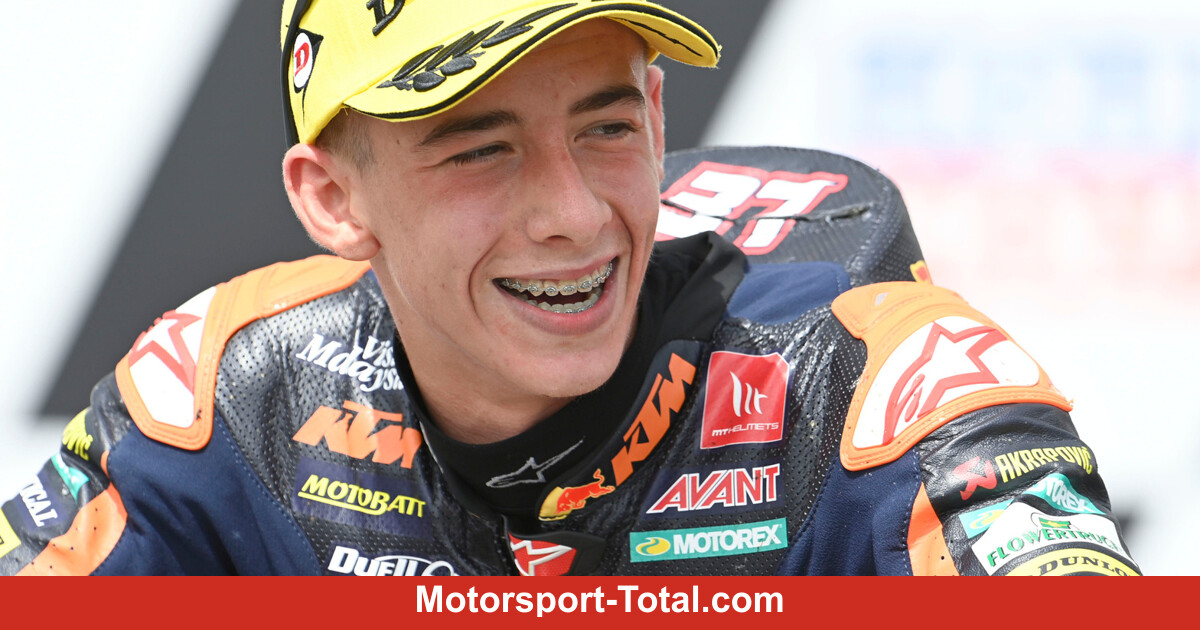 (Motorinformed.com) – When Pedro Acosta won the title in 2020 in the Rookies Cup, which is part of the supporting program of the motorcycle world championship, that passed a large part of the public. But since the young Spaniard mixed up the Moto3 class as a rookie this year, the hype around him has increased significantly.

In his World Championship debut, the Moto3 race at the Qatar Grand Prix at the end of March, Acosta finished second straight away. He won all of the following three races. At that time he was not yet 17 years old. At halftime of the season, Acosta, who drives for Aki Ajo’s team, leads the Moto3 overall standings in 2021 by 48 points.

“To be second in the first race, that was wow, simply fantastic,” said Kevin Schwantz, the 500cc world champion from 1993, impressed in an interview with our English-speaking sister platform ‘Motorsport.com’.

Even before its 17th birthday, Acosta won three Grand Prix in a row Zoom

“And what he has achieved since then, taking three wins in a row, is unbelievable. I’ve seen some statistics that no one has ever won three grands prix in a row in a rookie season,” said Schwantz.

“Because in order to be at the top of this sport, you have to give absolutely everything you have. That applies not only to every weekend on the racetrack, but also to training and preparation,” says Schwantz.

Schwantz mentally turns to Acosta, saying, “So, just imagine how great it is to be at the top. That should be all the motivation you need to keep yourself fit train and just try to improve every weekend. Because yes, you win. But it’s so tight at the top. To stay there, you have to keep improving. Because that’s exactly what everyone else is doing. “

In the Ajo team, Aki Ajo is not only the team leader, but also the manager for Acosta. The Finn is known for his excellent instinct for young talent. Among other things, he taught Jack Miller a few tricks and is still his manager to this day.

And so it happens that Miller and Acosta often train together. The Ducati works driver from the MotoGP class occasionally takes care of the youngster from the Moto3 class himself. “I was in this situation myself once,” remarks Miller, but does not want to understand that it was his advice that makes Acosta so strong.

MotoGP rider Jack Miller, like Acosta, is managed by Aki Ajo and helps Zoom wherever he can

“The boy is just magical. His talent on the motorcycle is just unbelievable,” praised Miller Acosta. how to behave in a world championship fight. With things like that, I just try to give him a few tips here and there. But he’s clever enough himself to know what to do. I can only say that Aki and I am very happy to have him. “