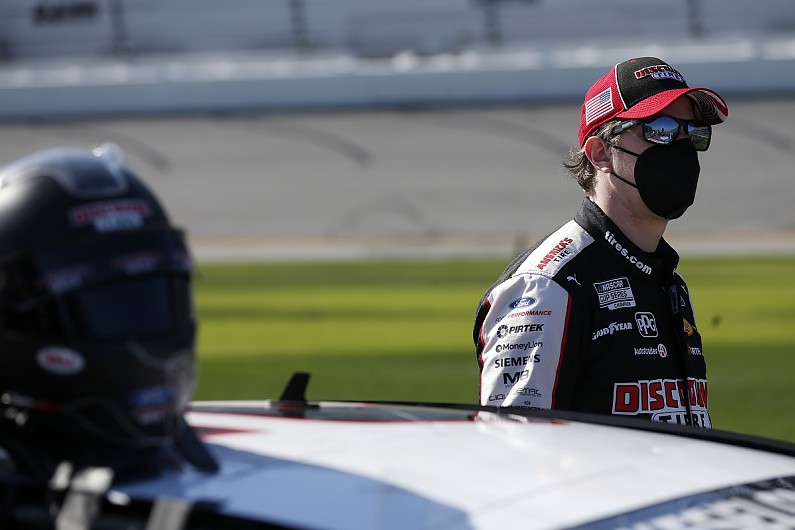 Penske team-mates Brad Keselowski and Joey Logano are split over the NASCAR Cup series’ increased road course intake, with the former believing the series must “reap what we sow.”

In a radical shakeup for the 2021 campaign, there will be a record seven road course events on the 36-round Cup Series calendar, including visits to circuits such as Austin, Road America and the Indianapolis road course for the first time.

Sonoma also returns after dropping off the 2020 roster, while Bristol will stage NASCAR’s first dirt race since 1970.

Speaking after a big lock-up that flat-spotted his tyres and a Turn 1 spin on his way to a fifth-place finish in Sunday’s race at the Daytona road course, Keselowski was less than complementary about the schedule change and the challenges presented.

“There’s some limitations that come with that, not just for how the drivers drive the car, but with how NASCAR officiates the race.

“I think part of what people love about watching us race on road courses is the fact that the cars drive so incredibly awful bad that it can sometimes make for a very compelling race because there are a ton of mistakes, normally you don’t see that at most types of NASCAR racing.

“But with the cars not being made for this type of track, any little issue is magnified and multiplied, so that means NASCAR has to officiate the race differently than all of us would like, but it’s kind of part of the trade off in my mind for running on a road course.

“The alternative is we could go back and run more short tracks. I would be OK with that, but as of now that’s not the way the pendulum has swung and we’ll have to reap what we sow.”

By contrast, Logano was effusive about the how road courses can mix up the order and the extra challenge racing on such circuits presents to drivers more familiar with ovals or short tracks.

The 2018 champion, who finished second to first-time winner Christopher Bell after varying his strategy at a late caution, said it was “the right thing” for NASCAR to listen to its fans.

“They wanted more road course racing, boom, you got it,” explained the 2018 champion, whose sole road course win came at Watkins Glen in 2015.

“This Daytona road course actually puts on a pretty good race. You look at the strategy that comes into play, the strategy really is interesting when you have this much falloff.

“It’s fun because, not all the time, but more times than not it’s not always the fastest car that wins. Today, we almost manufactured a victory by doing something different than the fastest cars.

“The fun part about it, is that you’re never really out of it. I like it as a driver because I’m not doing the same thing every week. I like that.

“I think it’s attractive for the best drivers in America to want to race in the NASCAR Cup Series because you have to be good at everything, including dirt racing.” 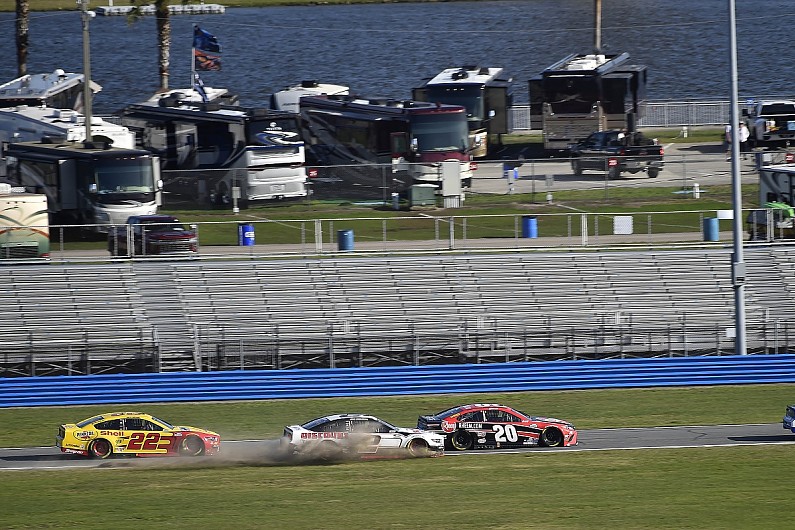 here is MV Agusta Forward 2021 with Baldassarri, Corsi and Marcon
Monaco has a brand new pit lane
Tank Slappers Podcast: What kind of Marquez will return to MotoGP?
Hyundai: Nothing but Arctic Rally Finland WRC win will do
From Bayliss to Miller, the Australian Ducatists – GP Inside