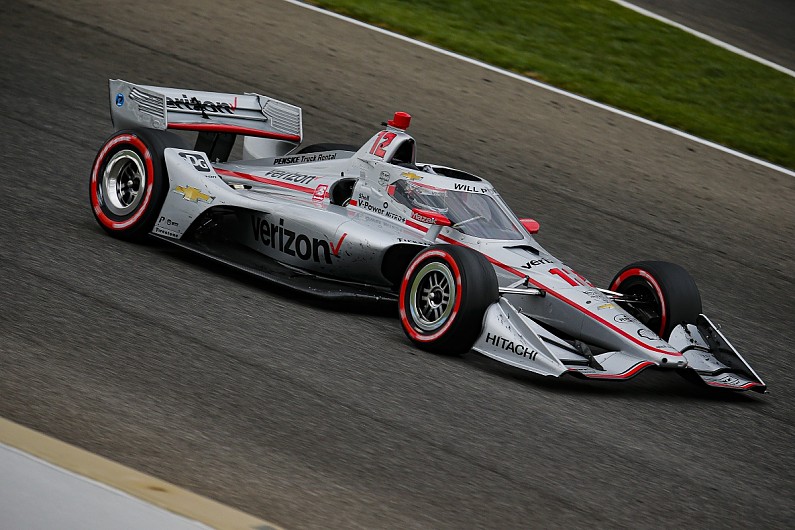 Penske driver Power made a strong start to maintain the lead as Herta locked up at Turn 1 – but maintained second ahead of Andretti Autosport stablemate Alexander Rossi.

With the race set at 75 laps, opposed to Friday’s 85-lap race, most drivers were planning on just two stops and were therefore having to save fuel.

Power elected to manage the gap up front, holding a 1.6s lead by the 14th lap as Herta began to fall into the clutches of Rossi and Pato O’Ward.

This allowed the Australian driver to build a further break, adding another four seconds to his lead before the pit window for the two-stoppers opened up.

Power and Herta went a lap longer than Rossi and, although Power comfortably retained his lead, Rossi was able to use his warmer tyres to surge past Herta and take second.

Eventually, Rossi began to close in on Power’s lead in the second stint before the pit window opened up once more – and Power responded by pitting on lap 52 to force Rossi’s hand.

Rossi had opted for the hard, black-walled tyre for the final stint, whereas Power had gone for a scrubbed soft compound like the majority of the field.

Power was then marginally held up by Marco Andretti while trying to nurse his tyres and fuel, and that allowed Rossi to close up to within 1.6s of the lead Penske, while Rossi too was being caught by Herta.

With 12 laps to go, the trio were covered by just 1.8s, and were 10s up the road from Newgarden in fourth.

Into Turn 1, Herta dived past teammate Rossi to grab second before setting his sights on Power, who was coming up to lap ex-teammate Castroneves. 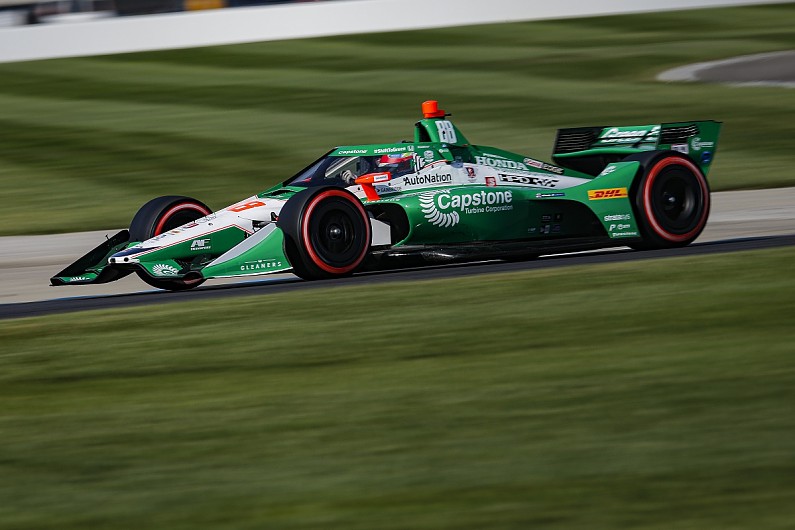 Herta got Power’s lead down to half a second by lap 70 and, although Castroneves let the duo pass, Herta’s progress was stymied by Conor Daly who got himself into a muddle attempting to let the leading cars through.

Despite Herta’s best efforts he was unable to close the gap, with Power using his push to pass very cannily and holding on to win by 0.9s.

Rossi dropped to five seconds behind the leading duo, but still beat Newgarden by 3.3s – who just about staved off O’Ward by half a second.

Jack Harvey clinched sixth place for Meyer Shank Racing ahead of Graham Rahal, who managed to make ground from his 10th-position starting berth.

Dixon finished eighth and dropped further points to Newgarden, meaning that the title showdown will go to the final race – with the pair separated by 32 points heading into the St. Petersburg finale.

The Chip Ganassi-run car of Dixon appeared to have a large gouge from his floor, a legacy of a rub with Hunter-Reay as he passed him around the outside of Turn 7 at the end of the back straight.

Dixon’s strategist said that the damage had little effect on the car, and the New Zealander was able to recover plenty of lost ground after a tough qualifying session.