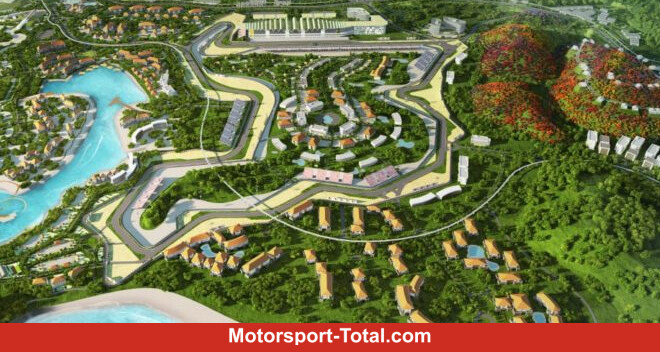 (Motorinformed.com) – In the racing calendar of the Superbike World Championship (WSBK) for the current 2021 season, the season finale is scheduled for the weekend of November 12th to 14th on the Mandalika Street Circuit currently under construction in Indonesia. Whether this will happen is increasingly questionable.

Dorna as the promoter of both the motorcycle world championship with its premier class MotoGP and the Superbike world championship has now issued an ultimatum. An answer from Indonesia is expected by the beginning of August at the latest, as to whether the race track will be completed in time for the planned WSBK weekend.

“The asphalt pavement of the route should be ready at the end of July, but everything else will not be ready by November,” said a representative of Dorna in a current statement, in which it goes on to say: “We need an answer soon because we have to deal with the logistics to plan.”

It is precisely this logistics that is a major challenge due to the coronavirus situation. Both Indonesian residents and tourists are only allowed to enter the country fully vaccinated. Regardless of this, non-locals still have a quarantine that was recently extended from five to eight days. Even more: for the major tourist centers such as Bali and Lombok, tourist traffic has currently been stopped.

The Superbike weekend planned for November on Lombok should actually be a foretaste of a MotoGP weekend planned for March 2022 without obligation. It remains to be seen whether this will happen. Because regardless of the construction progress and the coronavirus situation, there is another problem that has not yet been completely resolved.

The United Nations (UN) issued a critical report in April this year, which spoke of human rights violations in the course of the construction of the Mandalika Street Circuit in Lombok. Dorna has not yet made any public statements on this subject.

As far as the WSBK calendar 2021 is concerned, it is not only Indonesia that is threatened with cancellation. The Argentina weekend scheduled for October 15-17 at the Circuito San Juan Villicum is also shaking. The reason for this is the coronavirus situation with the associated restrictions. At the moment, it is far from ruled out that the 2021 Superbike World Championship will end entirely without an overseas race.