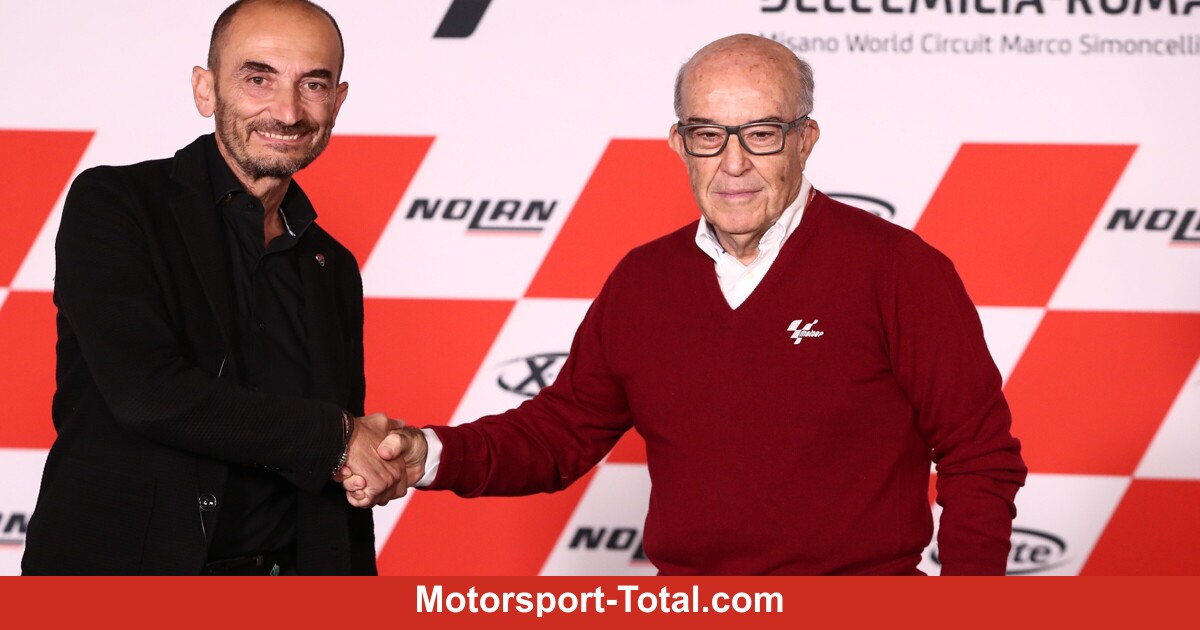 “MotoE will grow in our world championship,” says IRTA President and Tech 3 Team Principal Herve Poncharal with conviction. “The technology of e-mobility is improving rapidly. The automobile and motorcycle industries are working flat out on this technology.”

“The new partner will use the latest technology. We know that you are part of a large automobile group (Volkswagen AG; editor’s note). The concept of the current motorcycle is six or seven years old.”

Energica had converted the Ego street motorcycle into a racing version. Ducati goes the opposite way. A racing motorcycle is being developed, of which there could possibly also be a production version in the future.

“The concept that we will have in 2023 will be developed over the next year. We can hope for a faster, lighter and more competitive motorcycle,” says Poncharal, believing that MotoE will change with Ducati as a partner. The Energica lap times are at Moto3 level.

In Energica, MotoGP promoter Dorna had found a partner who is otherwise not involved in the world championship. That is now changing with Ducati and could also have political consequences in the background.

It is unclear whether, for example, drivers from the World Endurance Championship (EWC) who drive there with a different brand would also be allowed to drive MotoE with Ducati at the same time, or whether that would be forbidden for example by Yamaha, Suzuki, BMW and Co.

In the current MotoE, the private teams Tech 3, LCR and One Energy are at the start, who in MotoGP maintain close ties to KTM, Honda and Yamaha respectively. That could also be politically sensitive.

As a long-standing Honda partner, LCR team boss Lucio Cecchinello emphasizes: “We have to respect this step, because Dorna provides us with the motorcycles. We only have a partnership with Dorna.”

“We buy the spare parts from Ducati as a normal customer.” Nonetheless, the ex-racing driver adds: “We are very happy to be able to take part in MotoE because it is an interesting category. We are learning about new technologies that may play a bigger role in the future.”

The calendar for the MotoE 2022 season has not yet been released. It is to be driven on seven race weekends as part of the Grand Prix classes’ supporting program. There will be one race each on Saturday and Sunday. So there will be 14 runs.