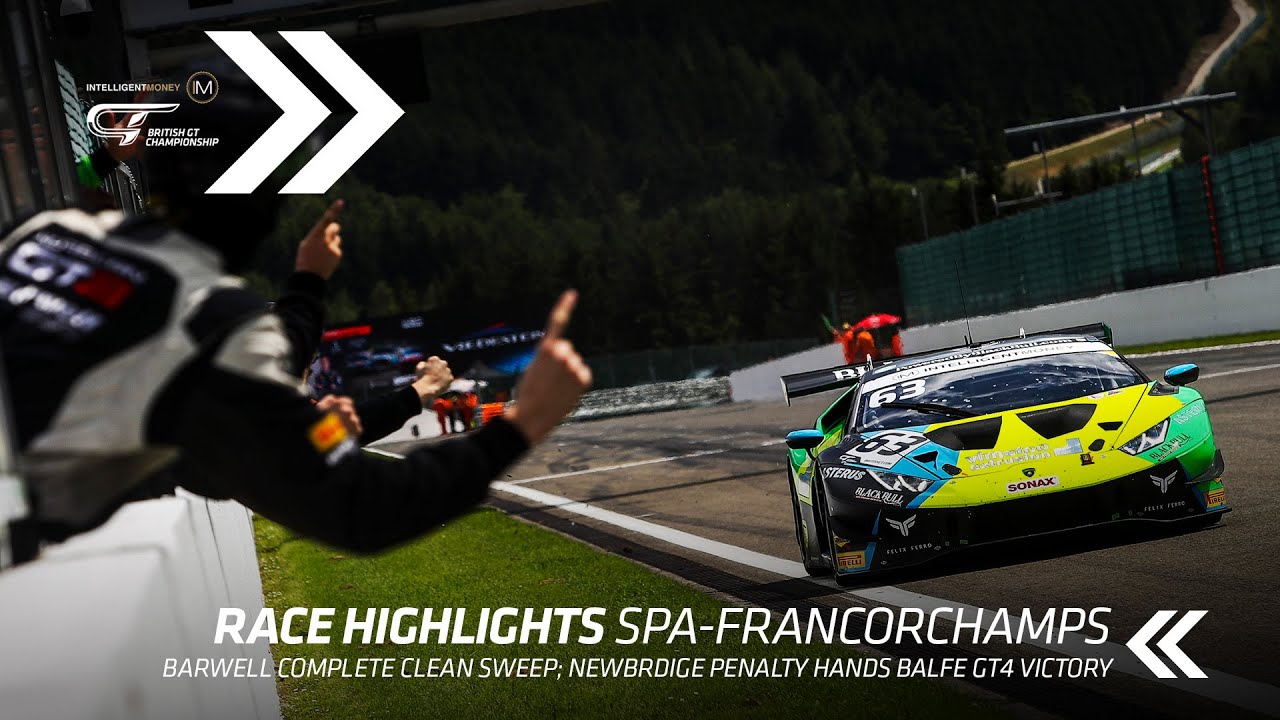 They were joined in the winners’ circle by Balfe Motorsport’s Jack Brown and Ashley Marshall (McLaren) who overcame suspension damage to beat Newbridge’s Motorsport’s Matt Topham and Darren Turner. The Aston Martin took the chequered flag first but had 30s added to its race time in lieu of a drive-through penalty for multiple track limits infringements. Championship leaders Will Burns and Gus Burton completed the podium.