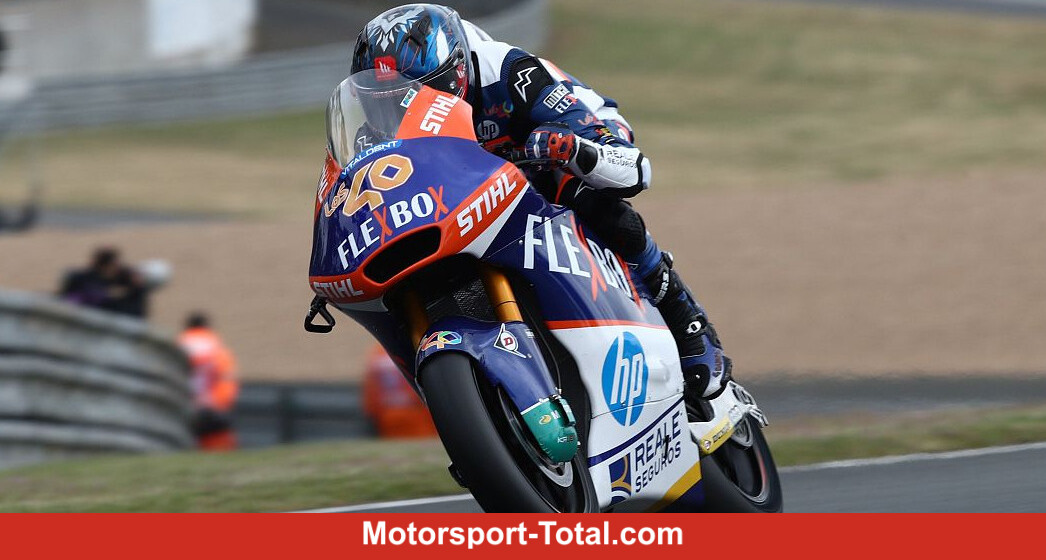 (Motorinformed.com) – Pons driver Hector Garzo secured the fastest time in the rainy second Moto2 practice session in Assen (see the result). Garzo lapped the course in 1: 47.617 minutes. The Kalex driver was about eleven seconds slower than FT1 leader Augusto Fernandez (Kalex), who was ahead with a lap of 1: 36.744 in the morning.

None of the 29 pilots who drove a lap in the FT1 could improve in the FT2. Only MV-Agusta substitute pilot Manuel Gonzalez was classified in the combined classification with his FT2 time. Gonzalez did not complete a timed lap in FT1 because he did not arrive on time. In Assen, the Spaniard takes over the MV Agusta from Moto2 race winner Lorenzo Baldassarri, who is out due to injury.

Tom Lüthi (Kalex) reported back with the twelfth fastest time after his violent departure in FT1 in the morning. The Swiss was 1.463 seconds back in the wet.

Ex-teammate Marcel Schrötter (Kalex) finished the FT2 in 16th position. The German was 2.014 seconds back.

There were a few falls in the wet FT2. It caught VR46 rider Celestino Vietti and MotoAmerica Superbike champion Cameron Beaubier, among others. Both were unharmed.

“Numerous work to do tonight” regardless of the highest 10
F1 Hungarian GP: Verstappen leads Bottas and Hamilton in FP1
EXPLAINED // 2021 TotalEnergies 24 Hours of Spa
Blancpain Endurance Series – 2014 – Season Short Highlights
The tens of tens of millions of euros behind the VR46-Tanal deal – GP Inside