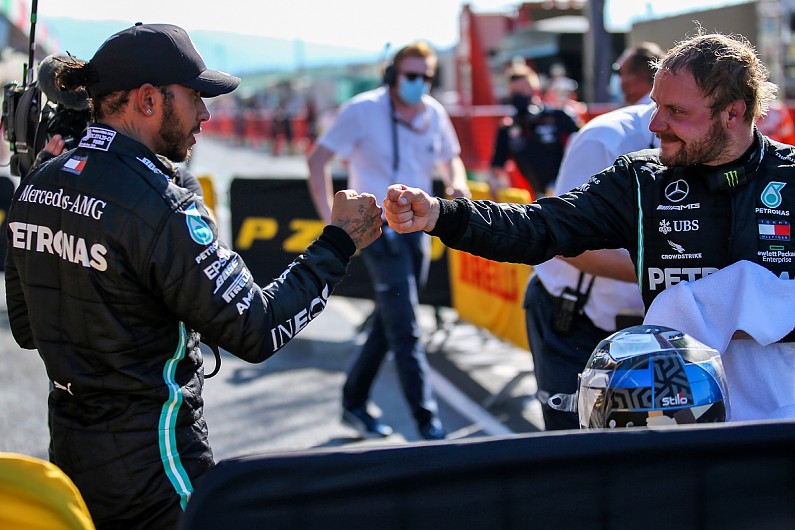 Tuscan Grand Prix polesitter Lewis Hamilton says he felt “the pressure was higher than ever” to find time around Mugello after Valtteri Bottas topped all the Formula 1 practice sessions.

F1 is visiting the Tuscany track for a race weekend for the first time after it was added to the re-drawn 2020 calendar as a result of the coronavirus disruption to the planned events.

This meant many drivers – including Hamilton – are making their first visit to Mugello, where Bottas topped all three practice sessions and Q1.

But Hamilton moved ahead with the quickest time in Q2 and then beat Bottas to pole with the F1’s latest Mugello track record in Q3 – where the Finn was frustrated by yellow flags flying for Esteban Ocon’s late spin.

“In my past I always felt that my strength was learning a circuit quite quickly,” Hamilton said when asked about his work to find time after Friday practice, where he had ended the first day of the event’s track action with the second fastest time.

“And for this one, we went on the simulator, which I never do, and [I] don’t feel like I benefitted particularly.

“But then getting here, there was a lot of work that… the pressure was incredibly high.

“Because I’m going out there doing laps and I’m struggling to find the limit in certain sectors. And Valtteri was miles ahead, really, in some of those areas.

“So [it felt like] the pressure was higher than ever because if I hadn’t done the work then I wouldn’t have got the result that we got at the end.” 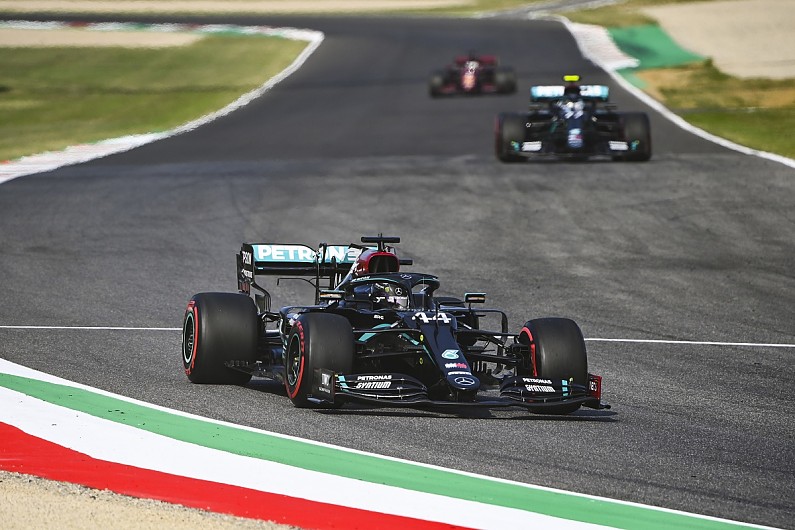 Hamilton went on to explain the “incredible amount of detail that you have to into” with the engineers for drivers to find time through the weekend.

“Last night [was spent] dissecting every single detail basically, each sector – really trying to fine-tune that set-up,” he continued.

“As a racing driver there’s a real fine line between knowing whether [something is] understeer or oversteer – and whether you’re on the limit or not in certain places.

“Because you can be on the limit through one corner but not through the rest of the corners.

“For example, it could be the first one or then not the second one and then the third one you are – and so [it’s about] really understanding whether you’ve got the balance right within yourself and then knowing what you do need.

“For what to request for when you do move towards the limit – to pre-empt what the car is going to do.

“There’s a real science to it and that’s why I have so much respect for these drivers – because it’s not only the ability to drive, but to understand those things and to be engineers at the end of the day.

“You have to work with these geniuses that can balance numbers like nobody else – but we need to be able to do that on the track.”

BSB Take a look at Snetterton: the deluge leaves everybody within the pits on Day 1
The stats for the 2021 season – GP Inside
Kubica will get first F1 observe outing of 2021 at Barcelona
Wickens nonetheless goals to return to “elite stage” of motorsport
Euro Truck Simulator 2 and American Truck Simulator: Photo mode gets a new function