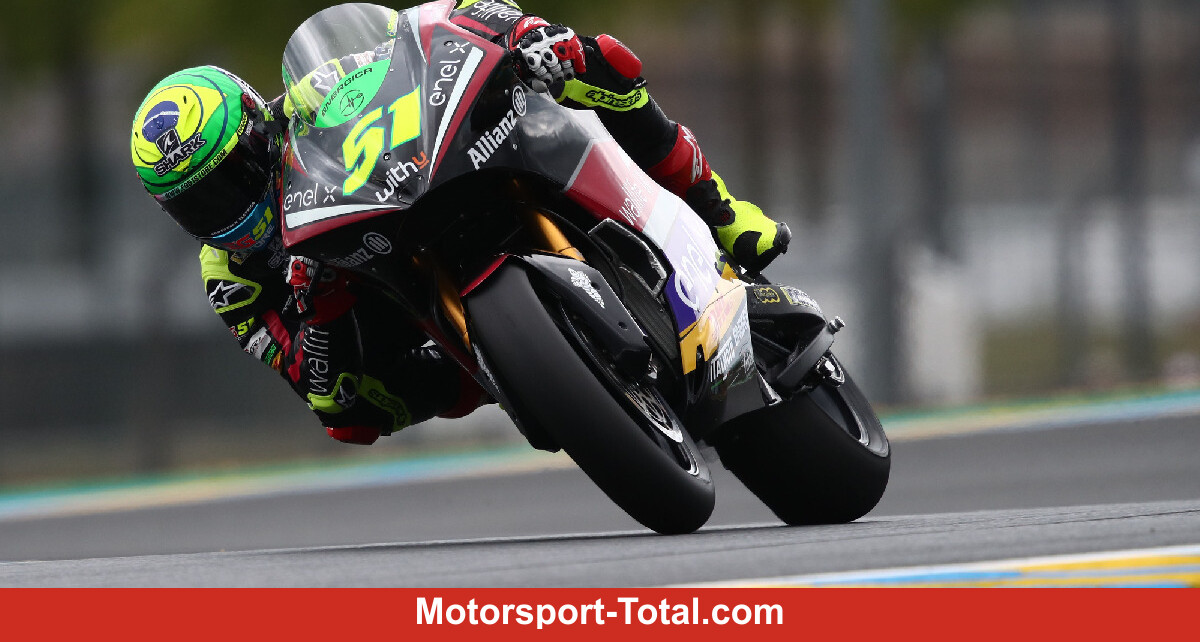 (Motorinformed.com) – Eric Granado is the winner of the second MotoE season race of MotoE in Le Mans. With a courageous maneuver on the final lap, the Brazilian prevailed against Alessando Zaccone, who reached the goal in second, but subsequently lost a position due to disregard of the track limits.

Second place was inherited by Mattia Casadei, who showed a strong chase from starting position 16 in the race and was rewarded with a podium. Dominique Aegerter just missed the podium in fourth. With seven drivers within a second, it was the closest MotoE race since the introduction of the electric class.

The start of the race was initially decided by Zaccone. After a mistake, however, he lost the lead to Aegerter and then came under pressure from Matteo Ferrari and Hikari Okubo. The latter was even in the lead for a short time, but retired prematurely after only two laps due to a collision with Fermin Aldeguer.

Things were still tight at the top. Zaccone and Aegerter were in the front, but Lukas Tulovic, Jordi Torres and the eventual race winner Granado were within striking distance. As in a Moto3 race, there were repeated battles and changes of position, no one was able to break away.

Because Zaccone exceeded the track limits, he finally lost second place and third behind Granado and Casadei. Aegerter had to be content with fourth place in the end. In the turmoil of the final round he had to give up – as did Tulovic, who fell behind Torres and Yonny Hernandez to seventh place.

This also applies to Ferrari, who after a strong initial phase did not get past eighth place in the end. Corentin Perolari and Maria Herrera completed the top 10. A total of 15 drivers saw the checkered flag. Two pilots did not start after crashes before the start of the race: Miguel Pons and Andrea Mantovani.

Gresini, between heritage and guarantees for the longer term
Will AF Corse field a third Ferrari in the DTM in 2022?
No good training opportunities in Germany
Grosjean and Mercedes “nonetheless eager” to arrange F1 check
Ducati MotoGP “DNA is unimaginable” for Gresini’s Bastianini