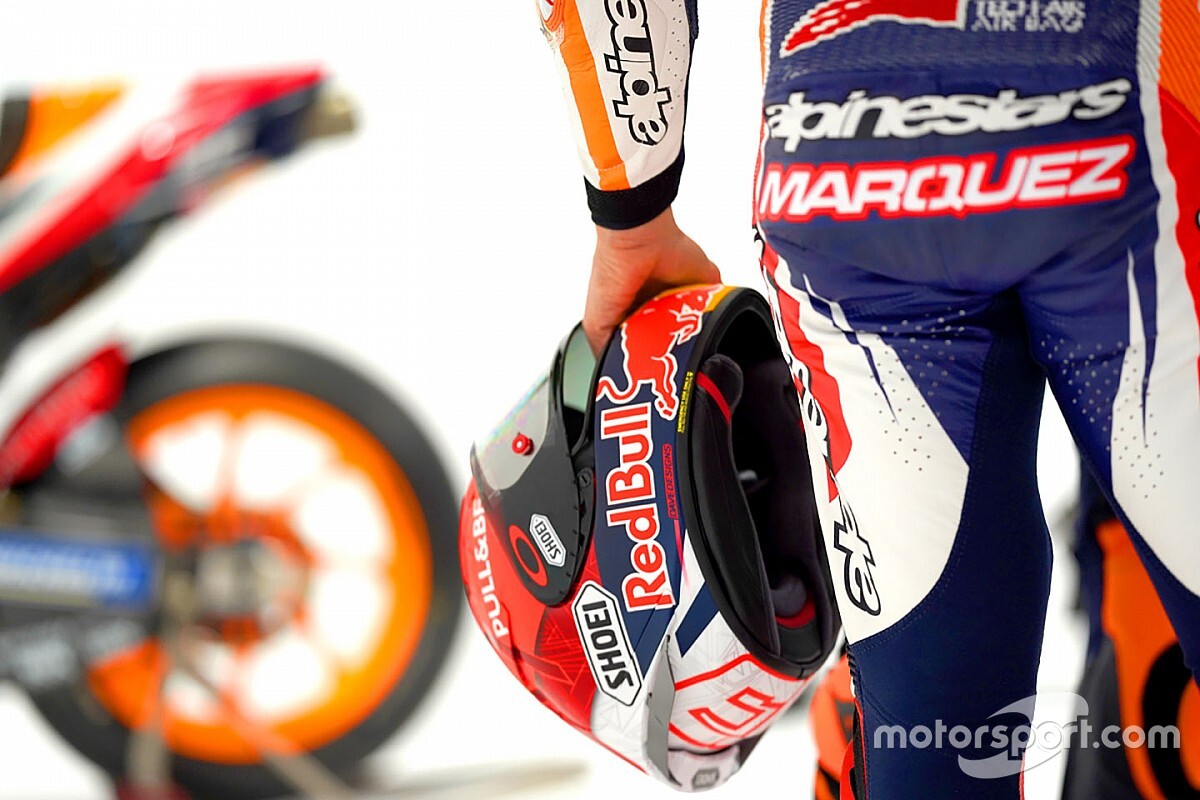 
This February 22 was particularly anticipated, and for good reason: it corresponds to the date of the official presentation of the Repsol Honda team. The HRC MotoGP factory team must not only lift the veil on its colors for the 2021 season – with a livery traditionally marked by its partnership with Repsol – but above all give the floor to Marc Márquez, which proved particularly rare since his injury last July.

Victim of a fracture of the right humerus in the first race of the 2020 season, the Spanish champion had to give up following the championship, unable to recover quickly when complications came to disturb his recovery, especially after his failed attempt to return the weekend after his accident. Since then, we have seen Marquez in the paddock only once, when he came to visit his team on the sidelines of the Catalan Grand Prix, but this Monday’s event will allow us to finally see him in his suit and especially learn more about his physical condition and the expectations regarding his return to the track.

The latest bulletins published by Honda testified to a recovery which was following a satisfactory course after the third operation that the Spanish rider had to undergo in early December, but no date was mentioned for his return to the handlebars. With 12 days to go before the first preseason testing and now one month from the start of the championship, it is now expected that the remaining questions will be answered.

Monday’s presentation will also showcase the new HRC pair reunited for the first time, as Pol Espargaró has joined the team this season. Coming from KTM, the Spaniard finds with Marc Márquez one of his former Moto2 opponents, but above all he integrates a team that has always made him dream and to which it was impossible for him to say no when the proposal s ‘is presented.

Honda is the fourth of six MotoGP manufacturers to host its official team presentation this month. For their part, the reigning Suzuki World Champions met on March 6, the first day of Losail’s collective tests. As for the Aprilia team, co-managed with Gresini Racing whose director is seriously affected by COVID-19, it has not yet released a date. Among all the formations, only the Pramac Racing and Petronas Yamaha SRT teams are also missing, knowing that their events are scheduled in the coming days.

Follow the official presentation of Repsol Honda in the video above from 12 p.m. KST.