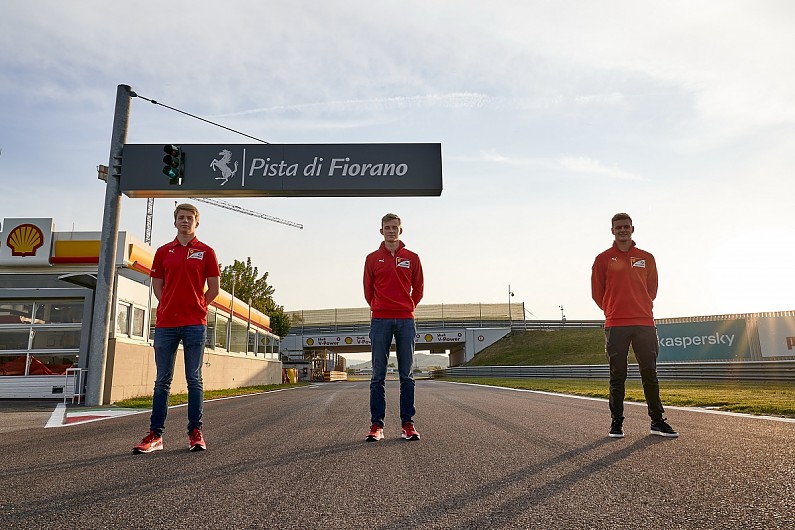 Ferrari sporting director Laurent Mekies insists planning the Formula 1 futures of the Italian team’s talented proteges is “not a headache”.

All three were given test mileage at Fiorano on Wednesday at the wheel of the 2018 Ferrari SF71H, with Shwartzman running his first-ever F1 laps.

Schumacher and Ilott will gain further experience when they take part in first practice for the Eifel Grand Prix at the Nurburgring for Alfa Romeo and Haas respectively, while Shwartzman will take his turn on Friday at the Abu Dhabi GP.

The young driver test that follows the race weekend at the Yas Marina Circuit will present another opportunity for all three.

Schumacher currently leads Ilott in the F2 championship by 22 points with two race weekends to come in Bahrain, while Shwartzman lies fifth, 51 points adrift of the lead but still in with a mathematical shot at the title.

Some sources have indicated that Schumacher has been guaranteed a graduation if he finishes in the top three in the championship, but the fact that Ilott has also been given an early FP1 chance suggests that Ferrari hopes to place both them in race seats next year.

Ferrari owns the rights to one seat at Alfa Romeo, which is currently occupied by Antonio Giovinazzi. The team is also talking to Haas about placing one of its youngsters, having previously had no involvement in the US-owned outfit driver line-up. 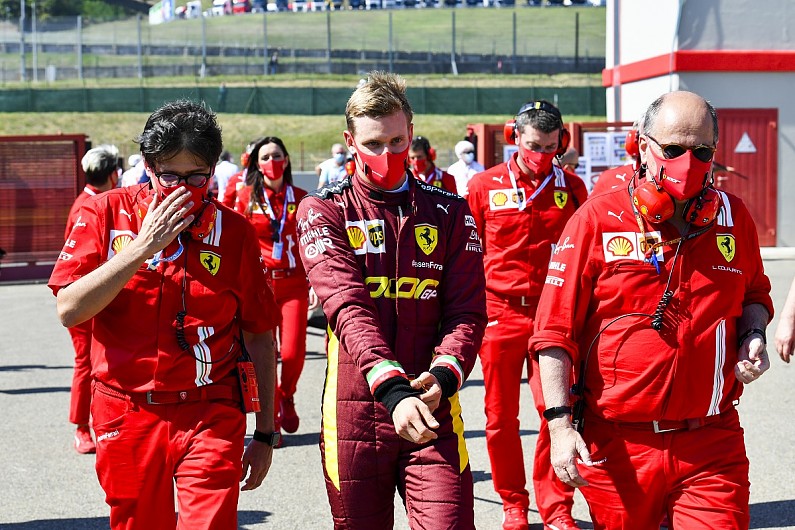 Speaking before Wednesday’s Fiorano test running, Mekies said having three drivers on the fringes of F1 is a positive, and he stressed that managing their long-term futures is paramount.

“It’s not a headache, it’s a good problem to have,” Mekies said. “And that’s the sort of thing we want to deal with. The guys are doing a very good job. Mick and Callum are progressing significantly from last year, and they are solid leaders of the championship.

“Robert in his first year is pretty much playing with these guys straight away. So we are very happy with the performance of the three of them. There is a bit more struggle certainly for Marcus [Armstrong] and for Giuliano [Alesi].

“But as far as the three top guys for this year are concerned, we are very happy. It doesn’t give us a headache, it gives us a lot of stability and options for the future. And that’s exactly what we have FDA for.

“Of course, we’re conscious that having three guys potentially getting to the right spot at nearly the same time is not always possible to do.

“But I think we have the tools in what we can offer to them in order to make sure we give them the chance to express their potential as best they can, be it today in F2, testing tomorrow, or a bit more next year, or the year after that.

“That’s what our target is, how do we build the programme that will allow them to express themselves at best?” 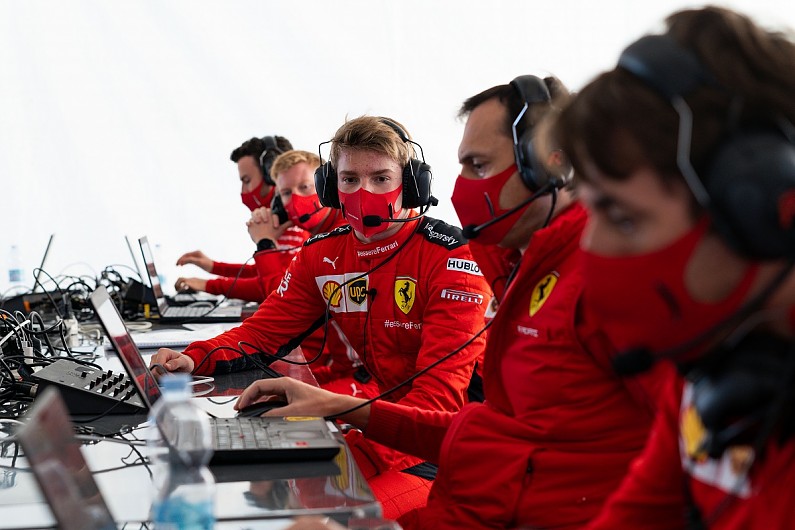 Mekies insisted that there isn’t a competition between them to land a race seat.

“We are not in a shoot-out mood, we are in the mood where let’s find out how to make sure that they continue building up,” he said.

“Because at the end of the day, and we’ve seen it with Charles [Leclerc], we have seen it with many other exceptional drivers, it’s about developing, and the development certainly doesn’t stop when you are at the door of F1. It’s only the second chapter, which will also involve development.

“On our side, there is no real strong rush to take decisions.”

“I consider in it quite a bit” – GP Inside
Pink Bull “desperately wants” Pérez to beat Mercedes
Wolff clarifies his feedback on Ocon’s future
Euro Truck Simulator 2 and American Truck Simulator: Photo mode gets a new function
McLaren Unboxed | Ups and Downs | #PortugueseGP