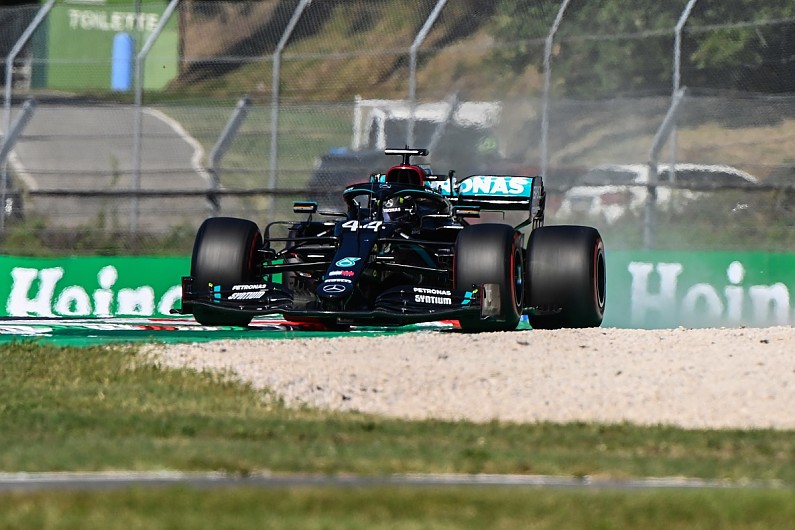 Lewis Hamilton claimed pole position for Formula 1’s Tuscan Grand Prix ahead of Mercedes team-mate Valtteri Bottas. Here’s how and when you can watch the race.

Despite a familiar picture painted in qualifying on F1’s first race weekend at Mugello, Hamilton recovered from being beaten by Bottas in all three practice sessions to claim pole by 0.059 seconds.

The reigning F1 world champion did receive a slice of fortune when Renault’s Esteban Ocon spun during the final runs of Q3 to force all the drivers following him to abandon their laps, including Bottas.

That left the Finn in second place having kept clear of Red Bull’s Max Verstappen, but Bottas did rue a missed opportunity taken away by the yellow flags for Ocon’s spin.

With Alexander Albon completing an all-Red Bull second row, Charles Leclerc was surprised to beat Ferrari’s expectations with fifth place as the Scuderia celebrates its 1000th grand prix in F1.

Sergio Perez outqualified Racing Point team-mate Lance Stroll on the weekend it was confirmed he would be leaving the team at the end of 2020 and be replaced by Sebastian Vettel.

But the Mexican driver will start behind Stroll due to a one-place grid penalty he picked up for a clash with Kimi Raikkonen during Friday practice.

Behind the Racing Points, Daniel Ricciardo leads the charge for Renault in eighth place on the grid ahead of McLaren’s Carlos Sainz Jr with Ocon completing the top 10.

Italian GP winner Pierre Gasly had a strong comedown from last weekend’s triumph as he was knocked out of qualifying in Q1 and will start the Tuscan GP from 16th place for AlphaTauri. 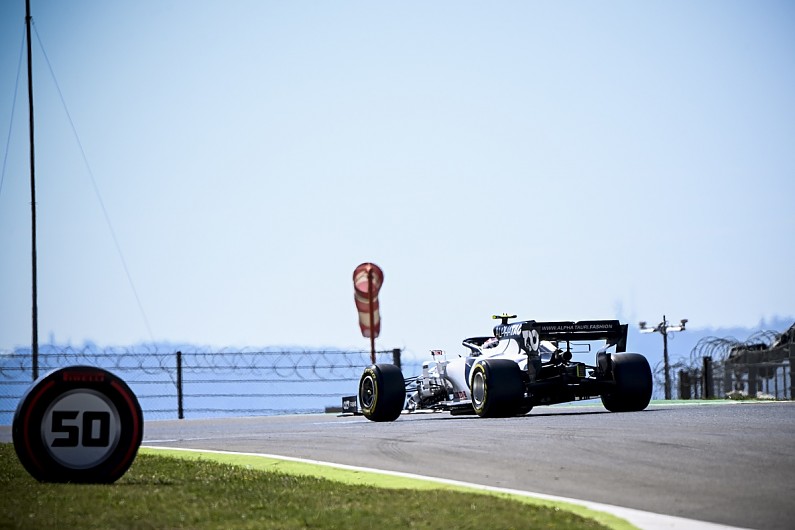 Why is F1 racing at Mugello?

Due to the redrafted 2020 F1 calendar following the coronavirus pandemic and subsequent cancellation of 13 races, series bosses have scrambled to produce a campaign of a minimum of eight events to meet FIA world championship criteria along with reaching a minimum of 15 races to fulfil the TV broadcasting deal.

As well as hosting double-headers at the Red Bull Ring, Silverstone and Bahrain, F1 will also head to venues not on the original 2020 calendar, with Mugello the first of the new destinations.

Traditionally the home of MotoGP’s Italian GP, Mugello is owned by Ferrari and a deal has been struck for it to host a one-off race to coincide with the Italian manufacturer’s 1000th world championship grand prix event.

The Tuscan GP also provided a logistical solution for F1 to end its latest triple-header following on from the recent back-to-back races at Spa-Francorchamps and Monza.

When is the F1 Tuscan Grand Prix?

How can I watch the Tuscan GP?

In the United Kingdom, Sky Sports has exclusive live broadcasting rights (excluding the British GP), with the Tuscan GP race shown live on Sky Sports F1. Pre-race coverage will be starting at 12:30pm BST ahead of the race start at 2:10pm BST.

Channel 4 will be showing extended highlights of the race on Sunday evening, starting at 6:30pm BST.

Autosport is running a live text commentary for the Tuscan GP.

Weather forecast for the Tuscan GP

Current weather forecasts predict sunny conditions at Mugello on race day, with bright sunshine throughout to mean no chance of rain. The temperature is expected to be 30 degrees Celsius for the start of the race – two degrees warmer than the temperature for qualifying and Friday’s FP2 session.

How many laps is the Tuscan GP?

The race is scheduled to feature 59 laps of Mugello, covering a total race distance of 309.455km.