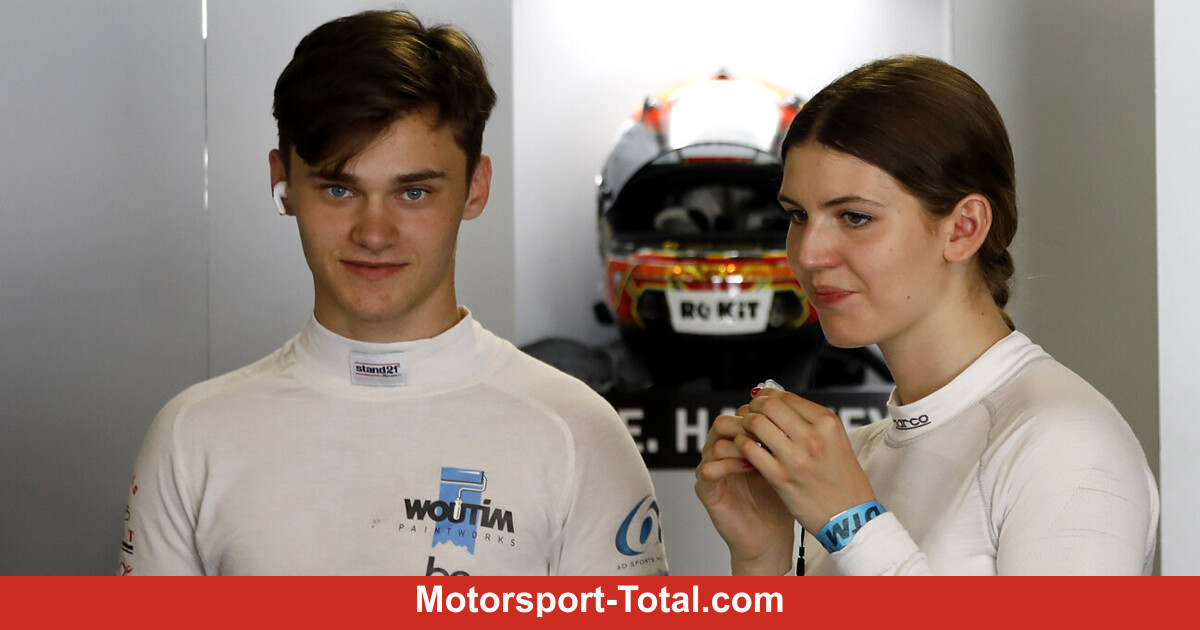 (Motorinformed.com) – Before the DTM kick-off in Monza, Esteban Muth and Esmee Hawkey, the drivers of the two T3 Lamborghini, were a blank slate in motorsport. That should change at the weekend in the Royal Park.

Above all, the young Belgian Muth knew how to shine: In both qualifying sessions he placed his car in the top five. With positions eleven and nine, things went a little behind in the two races. But Muth provided refreshment mainly through tough duels.

That did not escape the notice of the two-time DTM champion Timo Scheider. In the podcast of ‘ran racing’ he praised: “Esmee Hawkey and also Esteban Muth, they impressed me the most this weekend. They got there without pre-tests.” It was above all the carefree von Muth that made an impression on Scheider.

“The way he extended his elbows, the way he said to himself: ‘I don’t care what you want. You can be called whatever you want, whether it’s a van der Linde, Glock, Lawson or whoever it is. I claim my place and I brake myself in there, with a body check, with contact. ‘ I thought that was cool, I said that to him, “reports Scheider.

In an exclusive interview on the YouTube channel of ‘Motorinformed.com’, DTM boss Gerhard Berger also joins Scheider’s hymns of praise: “I also noticed this courage in the Lamborghini. It looks like he’s going into the Third grade go to secondary school. As if from school! And he comes to the first race, spreads himself out and annoys Rockenfeller, who as a master already knows how to overtake where. Well done! “

Hawkey also knew how to convince on her DTM debut with positions twelve and 16 (out of 19 cars each) in the two qualifying sessions. In doing so, she left her driver colleague Sophia Flörsch well behind. Flörsch lost eight and six tenths of a second respectively to the Briton.

Scheider insisted on congratulating Hawkey and Muth after the races in the mixed zone: “I had to compliment both of them. I said: ‘You are the biggest surprise of the weekend for me.'”

But not all that glitters were gold at the DTM opener in Monza. The T3 team gave up the good starting positions in the races for several reasons. On the one hand, the tire wear on the Lamborghini Huracan GT3 Evo was too high.

“Esmee had the problem that the very soft tires on her had deteriorated a lot towards the end. As a result, she lost some positions,” said team boss Jens Feucht to the ‘Sächsische Zeitung’. A problem that also occurred with Muth’s vehicle. One reason for this is certainly the lack of testing compared to the other teams.

The second weak point, according to Feucht: “We have to work on our pit stops. The competitors have better equipment. And the processes are better for them.” The bare numbers support that. Both in the Saturday race and in the Sunday race, Hawkey and Muth are in the lower half of the total time at the pit stop.

The team’s best in Monza was 39.154 seconds, set up by the Hawkey crew in run 2 on Sunday. However, a full 5.5 seconds are missing from the weekend record. The record of 34.679 seconds was set in Saturday’s race by Alexander Albons AF Corse Ferrari team.

That doesn’t change much about the team’s positive first impression. Scheider wins further praise for getting so much out of extremely limited resources: “You look into the box, there is a tool box painted in HZ blue on every car. You think, somehow … Me I don’t want to say it, but … A very small private team goes there and takes part in the DTM and suddenly annoys the big guys.

Petronas falls again on “reasonable objectives”
Saudi Arabian GP promoter spoke to pilots
“If Rossi ends his profession, he does not wish to do it by driving as he does now” – GP Inside
Robert Kubica to take part in FP1 in Hungary for Alfa Romeo
“First time that I used to be not alone”