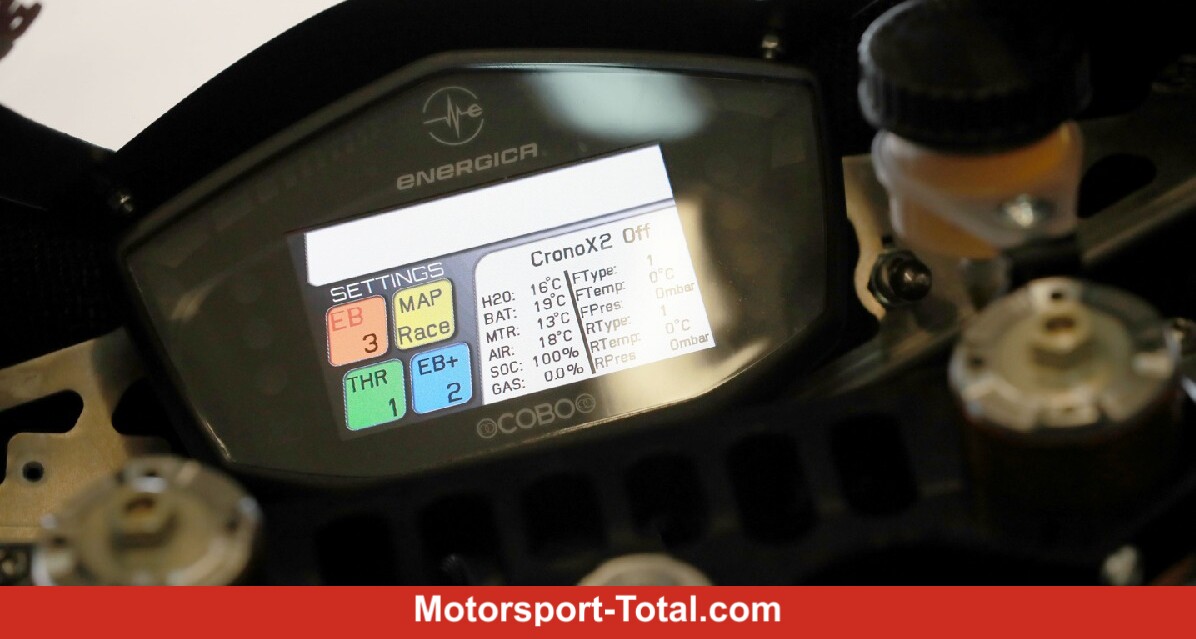 (Motorinformed.com) – Last week, in the run-up to the MotoGP event in Misano, ‘Motorinformed.com’ reported in advance what Ducati confirmed a few hours later: The brand from Borgo Panigale will be Energica as the sole supplier of the motorcycles who will compete in the MotoE World Cup from 2023 to 2026.

A few days have passed since the news became known. Livia Cevolini, Managing Director at Energica, takes stock of the experiences in the championship and the difficulties Ducati will face when starting out with us.

Question: “How do you rate the experiences you have had with MotoE over the past three years?”
Livia Cevolini: “The experience was absolutely positive in all areas. Because it was a launch pad, both for us in particular and for the electric motorcycle industry in general. It was the first time that a large company like Dorna and MotoGP had relied on the electric sector to have.”

“As with all projects, there are things that need to be improved, but the overall balance is very good. In three years the championship has grown significantly and everyone involved, both drivers and teams, is very satisfied. It is for them too not been easy. “

Question: “Could you ever have imagined that MotoE races would be so spectacular?”
Cevolini: “I’ve always been positive and very optimistic. Even more so than the people around me. My technicians are very humble. I was very calm, they weren’t. I knew they would be able to react because they are very good.”

“We’re a small company that does incredible things. A company that motivates others because the electric car market is much more developed than that for motorcycles. It was not an easy task because we should develop vehicles that do not lose performance . “

“We have shifted the staff and asked people who had specialized in street motorcycles to switch to racing. We did not have a racing department. And that while taking into account the requirements of the street product.”

Question: “What aspect of the World Cup would you improve?”
Cevolini: “I’m a dreamer and I’m never satisfied. If I could wish for anything, I would like MotoE to become the electric MotoGP, and it’s not here yet. It’s a small championship.”

“I want electric MotoGP to get the attention it deserves. If we want to equate gasoline and electric vehicles in the market, we need to act accordingly and motivate them by encouraging competition through the entry of different manufacturers accelerates technological development. And with communication at the same level. “

Question: “Why isn’t Energica renewing its contract with Dorna?”
Cevolini: “It was a decision that was made 100 percent by mutual agreement. Both parties agreed that a change was necessary.”

“We looked for other options for a year, because the projects that we carry out in other markets, such as Micro Mobility, require a very high level of commitment and effort.”

“We believe that we have to do other things and that we can’t do everything. We launched MotoE and let it grow. Now it’s only fair that we let others take our place. Dorna wanted their faces too Refresh the event a little. “

Question: “Have you spoken to Ducati?”
Cevolini: “We’ve known Ducati for many years and have a good relationship. We didn’t talk about this MotoE thing because they wanted to keep it a secret. I think I could have helped them a little, but not a lot.”

“It will not be easy for Ducati because the production of an electric motorcycle is very different from that of a gasoline motorcycle. It is good that they are going their own way, although I know they have our bikes in their factory that they are investigating . “

Question: “Were you surprised that Ducati took on this task, when you have always hesitated due to the limitations that come with the batteries?”
Cevolini: “In fact, I always thought it was in their best interest. If they hadn’t gotten involved, it would have been shortsighted. I was hoping they’d work on the electric way too, because that’s the way forward, and it’s pointless, to oppose him. “

“It’s true that Domenicalis (Ducati CEO; d. R.) comments weren’t always positive, but that’s part of his DNA: Say one thing and then do the opposite. The challenge that lies ahead is It is not easy to achieve the required level of reliability and make all vehicles perform equally well. “

“That’s what the market demands that big brands get involved. The advantage is that, thanks to our ten years of experience, we will always be one step ahead of Ducati.”

Question: “Aren’t you a little afraid of leaving racing at a time when it has become most interesting?”
Cevolini: “What I am afraid of is to be afraid. I want us to do other things. We have always tried new ways that were previously unexplored.”

“We’re a growing company and if we stop we’re dead. We have to be the first to do something new. What scares me is that we’re staying in our comfort zone.”

Question: “What element developed on the racetrack in those three years had the greatest impact on street bikes?”
Cevolini: “The most important innovation was definitely the battery. That is the main reason why we decided to get into racing. Also the visibility, but with the idea that the technology used can be applied and sold to our customers.”

“Racing should have two goals: marketing and developing technologies that can be used on the road. The new battery offers 50 percent more power than the previous model, and that’s a great innovation. We get all of that through the extreme testing environment of racing. “

Question: “How has your MotoE adventure done financially?”
Cevolini: “Not very much, really. What MotoE did is give credibility to the electric motorcycle market. The entire market has grown, but we haven’t seen any cause and effect in sales.”

“The sales figures increase every year, but that doesn’t depend on the MotoE. Of course everything helps, but it’s not like gasoline vehicles. Especially in the USA, a major event immediately increases sales of the victorious brand. In our case, it’s the global market.” who benefits from it. “