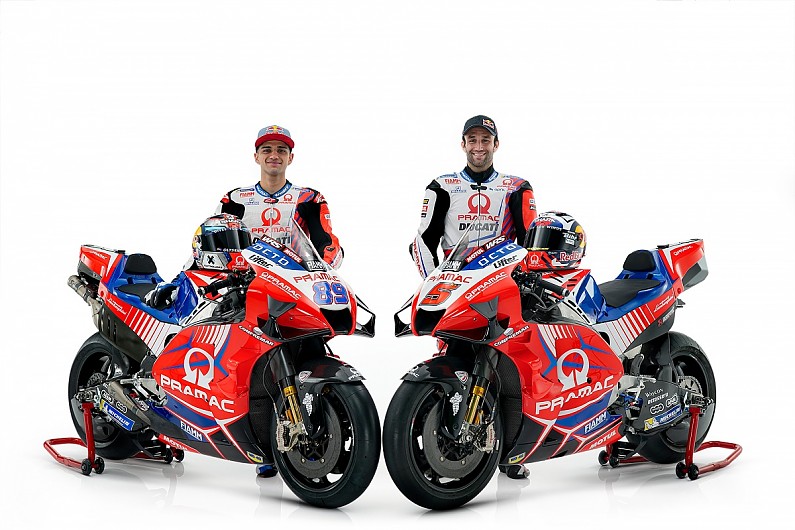 The Pramac Ducati MotoGP squad has pulled the covers off of its 2021 livery, which will be raced by its all-new line-up of Johann Zarco and Jorge Martin.

This will be Pramac’s 19th season in the premier class as a standalone team (it did race in 2004, but in conjunction with the Pons team) and its 17th as a Ducati satellite squad.

With Jack Miller and Francesco Bagnaia stepping up to the works Ducati team in 2021, Pramac will field a totally new line-up for the first time since 2013.

Double Moto2 world champion Johann Zarco steps up from Avintia with a works Ducati contract, and will be partnered by 2018 Moto3 champion Jorge Martin – who has also signed directly with Ducati.

“This is a very important year for us since it’s Pramac Racing’s 20th season in MotoGP,” Pramac team principal Paolo Campinoti said.

“It is a great achievement considering that everything started [for] fun, and now have grown into a very strong team, which we hope to maintain this year.

“We are extremely happy because this particular year will have four riders to celebrate with.

“2020 was a huge success to be able to send both Pecco and Jack to the official Ducati team.

“At the same time we are proud to welcome two great riders. Jorge Martin and Johann Zarco to the Pramac family this year.

“Martin is a terrifically talented rookie, while Zarco has a lot of experience. 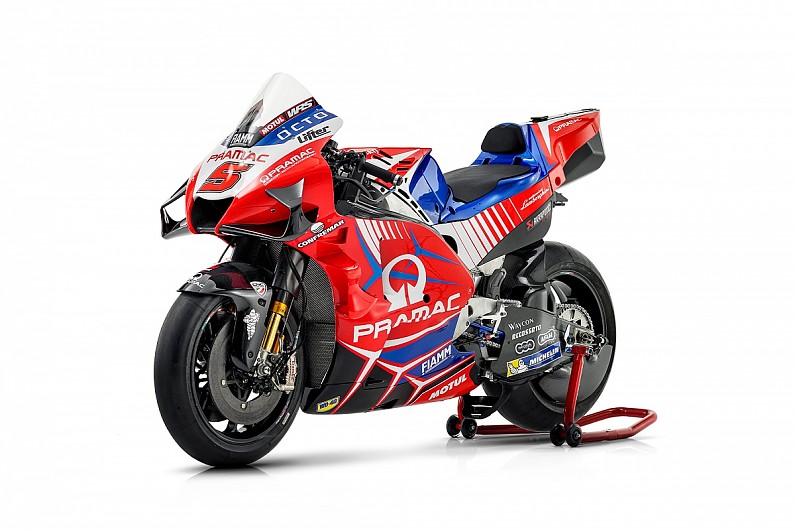 “This will result in a perfect combination of young energy from one side and experience from the other.

“I believe this will be an outstanding season.”

Pramac enjoyed a strong 2020 season, with Miller and Bagnaia scoring five podiums between them, which aided Ducati to the constructors’ crown.

Just as it did last season, Pramac will field two current-spec Desmosedicis.

Zarco’s Pramac signing is significant as it marks his return to being a factory-contracted rider after breaking his two-year deal with KTM a season early midway through 2019.

The Frenchman scored his first podium since the 2018 season in 2020 when he guided his Avintia-run GP19 to third at the Czech Grand Prix, having claimed a shock pole the day before.

Martin steps up to MotoGP as one of the paddock’s hottest prospects following his 2018 title run in Moto3 and a strong second season in the Moto2 class with KTM last year.

The Spanish rider scored his maiden intermediate class victory in the Austrian Grand Prix, and repeated the feat at the following Styrian round – only to be demoted to second for exceeding track limits on the final lap.

Martin did eventually get that second Moto2 win at the Valencia GP, but his two victories and four other podiums still weren’t enough to secure the crown after his hopes were dashed by a two-race layoff in September when he caught COVID-19.

He is one of three rookies on the 2021 MotoGP grid, with fellow Moto2 frontrunners Luca Marini and last year’s world champion Enea Bastianini signing with Ducati to race for Avintia.

Only Petronas SRT, Aprilia and Suzuki are still to unveil their 2021 liveries, with the former doing so on 1 March and the latter on 6 March.

Aprilia is yet to confirm its plans.

F1 accomplice groups “not deal” at the moment, says Renault CEO
First exams of Pirelli dust tires for Toyota
Podcast: How will Marquez fare on his MotoGP return?
Belgian GP: Tickets, the most effective grandstands, the place to remain and learn how to get there
WE’RE LIVE FROM BATHURST AUSTRALIA – RACE 2 – FANATEC GT WORLD CHALLENGE AUSTRALIA 2021