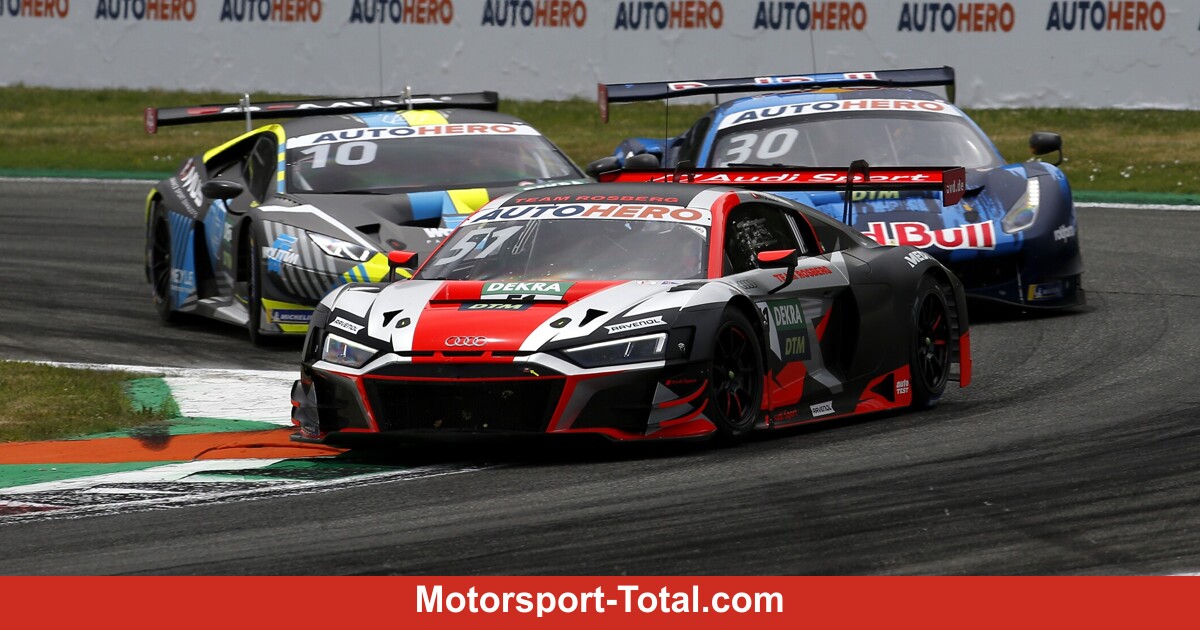 (Motorinformed.com) – The DTM clearly missed its own goal at the season opener in Monza. The GT3 cars were slower at the start of the new era than the GTWC Europe at its start in mid-April at the same place. The DTM wanted to be the fastest GT3 series in the world.

How does that fit together? According to information from ‘Motorinformed.com’, the plan failed because Audi did not bring a 44-millimeter air flow limiter to Monza. The 43er used was only finished shortly beforehand. With the 44, the Audis could have driven faster on the straights, which would have made the entire field faster.

Instead, the field had to be slowed down in order not to put the Audis at a disadvantage. However, there were problems here too, because Mercedes-AMG did not have the 37 millimeter restrictor with it. Therefore, only the weight adjustment screw remained, which has a greater impact. The vehicles were already heavier than planned because the electronic steering of the space drive cars weighed 30 kilograms.

The vehicles were aligned by BoP service provider AVL on the BMW M6 GT3, which was at its limit with 2.135 bar boost pressure. Of course, the temperatures played a role, but overall it has to be said: In Monza, the DTM failed at the goal it had set itself.

This is even more of an incentive for the organizer ITR. “We want to be the fastest GT3 series in the world. And we’re not giving up, but we’re not forcing it either,” ITR technical director Michael Resl told Motorinformed.com.

“AVL is a very competitive company. And they have this self-imposed philosophy that they want to be fast. Performance drives them. And that’s where we go together. There are of course reasons why we weren’t the fastest in Monza. One is obvious – and that was the temperature, so the external circumstances. “

“When it comes to engine power, you have several options with a naturally aspirated engine: If you can’t play with the restrictors because they aren’t available at short notice, then you have to regulate it using the weight. And when you add weight, they become Cars slower. “

So will the self-imposed goal be something as soon as the new restrictors are available? “I assume. There are still restrictions because there is always a car where certain conditions prevail, which makes it the benchmark for all other cars. That’s what the BoP is for.”

Ambient temperature is the greatest factor

So there are two reasons why the DTM at Monza was comparatively slow. Resl names the temperatures as a more important reason. He expects cooler weather for the Lausitzring.

The first race weekend of the new DTM era with GT3 cars in a summary, with the winners of the two races in Monza having their say! More DTM videos

Michael Peinsitt, BoP project manager at AVL, believes that the Monza BoP was already the fastest GT3 BoP: “If all the GT3 series were to compete under the same conditions, the DTM would probably be the fastest series,” he told ‘ Motorsport.com Global ‘.

“In Monza we drove at 30 degrees Celsius. It’s pretty hot and has a big impact on the cars. A temperature difference of 20 degrees makes about a second in Monza, maybe even a little more. At 20 instead of 30 degrees.” so we were half a second faster. “

“We cannot influence the ambient conditions. What we can do is enable as much engine power and as little weight as possible. And of course, always on condition that all manufacturers can achieve the same lap times.”