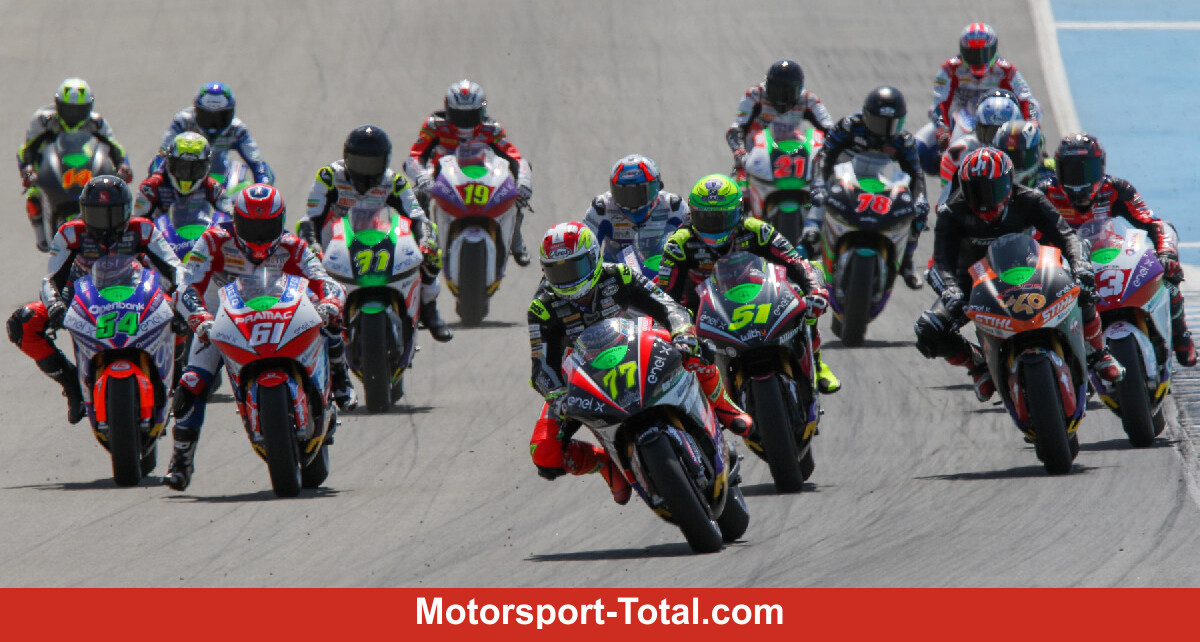 (Motorinformed.com) – Intact driver Dominique Aegerter put himself in the limelight in the final MotoE test before the start of the season. At the test in Jerez, Aegerter prevailed against his opponents in the racing simulation. Aegerter dominated the race from the start and crossed the finish line after eight laps with a ten-second lead. In addition, Aegerter was able to undercut the lap record from the previous year with a lap of 1: 47.259.

Dominique Aegerter (77) controlled the trial race from the start
zoom

“From the second day of our MotoE test, there is mostly good news to report,” says Aegerter. “Shortly after noon, a racing simulation was on the program. It ran perfectly from start to finish. I was allowed to start from pole position and was already in front in the first corner. From then on I actually had no more opponents to fear.”

“After eight laps I was more than ten seconds ahead of the next one. But what I’m most happy about was my fastest lap, which was three tenths of a second faster than the existing lap record. In addition, our pace was consistently strong at all times. I was almost able to set a top time every lap, “says the Intact driver happily.

“In the end it got exciting because the battery was running out of charge. But overall, our performance was top in all respects. In the second session in the late afternoon we tried something. Unfortunately, compared to the first day, I couldn’t improve more. Therefore, at the end of the day it was only enough for second place on the timesheet, “reported Aegerter.