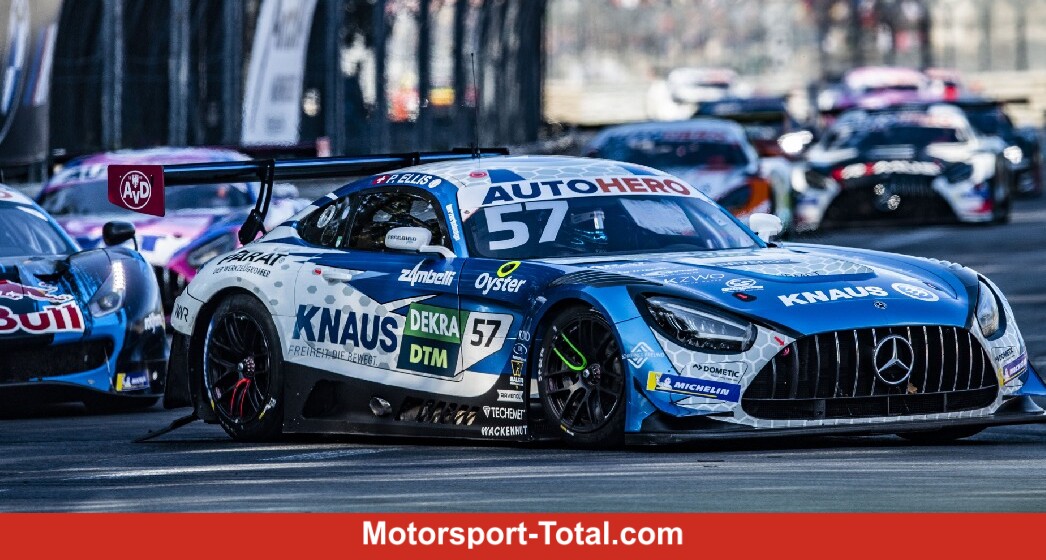 (Motorinformed.com) – Will the DTM title decision only be made retrospectively on the green table? After the rejected protest and the announced appointment of the Winward Mercedes team after the collision between the championship leader Liam Lawson and Winward driver Philip Ellis, that is the big question in the DTM paddock.

What speaks against it: According to information from ‘Motorinformed.com’, the Mercedes-AMG Team Winward committed a formal error when submitting the protest against the missing penalty at Lawson. That is the reason why the protest was rejected by the race stewards at 6:13 pm and described as “inadmissible”.

Therefore, the sporting organizer AvD (Automobile Club for Germany) and the stewards assume that the appointment announced by Winward would also be invalid. Otherwise this would have to be submitted in writing within the next four days.

No Lawson penalty: race stewards refer to it

Before that, the question of how the stewards came to the decision not to punish Lawson for his attack against Ellis in the Schöller-S was hotly debated. In this respect, too, there is now clarity.

They refer to Article 13.5 of the DMSB circuit regulations. It says: “A driver who defends his position on a straight and in front of a braking zone may use the full width of the track during the first lane change, provided that no ‘significant part’ of another vehicle trying to overtake is next to him . “

What is a “significant part” is specified in more detail. “A ‘significant part’ is considered to be when the front of the overtaking vehicle is next to the rear wheel of the other vehicle. In this case, the driver is not allowed to leave his line without a justified reason while defending the position.”

Should Ellis have left more space?

Lawson had the front of his Ferrari 488 GT3 Evo not only next to the rear wheel of Ellis’ Mercedes-AMG GT3 during the overtaking attempt, but also at the height of the front wheel. Therefore, Ellis shouldn’t have used the full width of the track, but should have left space for Lawson.

At the demanding Norisring, title candidates Liam Lawson and Kelvin van der Linde were already involved in hairy maneuvers on Saturday, while Maximilian Götz kept the championship open until the last race of the season with his victory. More DTM videos

But that is exactly what did not happen, which is why the collision occurred in the left-hand bend. After the race, Lawson referred to these two aspects when asked by ‘Motorinformed.com’. “From my point of view, it looked like I was level with him into Turn 3,” Lawson even saw himself level.

He was also of the opinion that Ellis should have given him room to survive. “When I couldn’t do anything about my decision to go inside, I thought I should have been given more space,” said Lawson.

DTM manager Frederic Elsner has no doubts that the sporting host AvD acted correctly in the matter. “As promoters, we fully accept the decision of the sports organization, on whose competence we fully rely,” says the Austrian.

Therefore, the DTM wants to choose a champion on Sunday – regardless of how the title finals end. Since it is unclear what will become of the Winward team’s protest and whether it is even valid, one could only be absolutely sure if the master has so many points ahead that a potential hearing before a DMSB appeals court would be irrelevant.

Abt-Audi driver Kelvin van der Linde and Ellis’ Mercedes-AMG brand colleague and Saturday winner Maximilian Götz, who are 18 and 19 points behind before the last race of the season on Sunday, could benefit from a subsequent penalty.

Would Winward Team Benefit From Punishment At All?

The AMG DTM manager Thomas Jäger said that they had “agreed” with the Winward team, but that the decision to protest was made by the team itself, because it is still fighting against Abt for second place in the team championship.

What is interesting in this regard, however, is that there is little chance that the Winward team would benefit greatly from a penalty against Lawson. Because that would definitely move up one place, which makes a difference of three points.

If Lawsons also falls behind the Winward Mercedes driver Lucas Auer, who finished sixth and was 6.550 seconds short of the Ferrari, then that would bring the team two points.

But since Ellis finished a whopping 17.202 behind Lawson in tenth place after the crash, he would only gain one point with ninth place. But for that, the AF Corse Ferrari driver would have to receive a hefty penalty retrospectively, which should not be assumed.