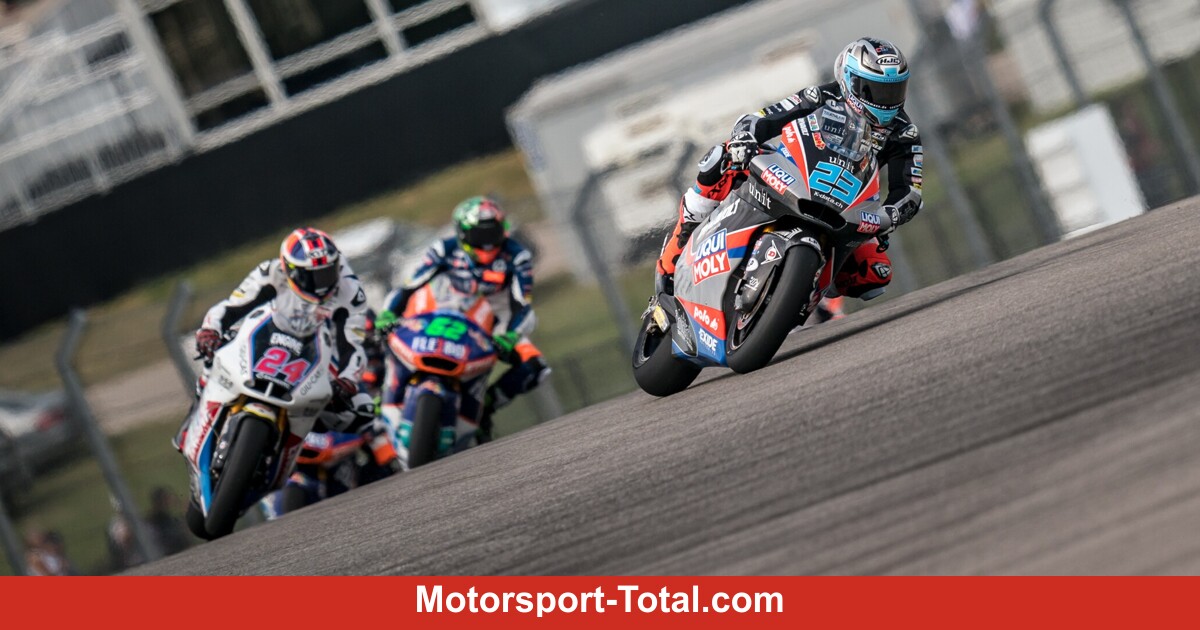 (Motorinformed.com) – “It was a surprisingly difficult weekend for Marcel,” says IntactGP team boss Jürgen Lingg. “After celebrating such a great success here two years ago, we came here with high expectations.”

In spring 2019, the German IntactGP team dominated the Circuit of The Americas in the USA. At that time, Marcel Schrötter secured pole position in qualifying. In the race, Tom Lüthi and Schrötter ensured a double victory.

“Of course we didn’t expect the same, but we thought we could get a good result,” said Lingg. Schrötter missed Q2 in qualifying and had a difficult task ahead of him from 19th position on the grid.

“Unfortunately, Marcel didn’t find the pace from FT1 on. The track has also changed considerably in the two years, has become more wavy, but that’s ultimately the same for everyone. We don’t need to philosophize for a long time, instead we have to tick it off quickly and look ahead.”

After a good start it got difficult

Because Schrötter could not finish the race after the German showed a good fightback. After eight of 18 laps, Schrötter worked his way up to eleventh place. But then it went backwards until he finally pitted and had to give up.

“My race was okay until I retired,” reports the 28-year-old. “I got away well at the start and tried to keep it clean, even though it was very tight in every corner. But my first lap was really good, with a few strong overtaking maneuvers.”

“The increase from the warm-up to the race, in which we were fighting for a possible top 10 position, was nice to see. However, the grip decreased a lot, which got me into real trouble. So it was not easy to to keep up with the speed of others. “

“So I thought about finding other ways of being able to drive fast and deal with the grip problems. I wanted to save a few reserves for the last four or five laps, because it was clear to me that in the end everyone would Will have problems. “

“But unfortunately it didn’t come to that because suddenly a problem with the electronics appeared. Something like that can happen. In all of my Intact years, such a defect has never occurred. A few points would certainly have been possible.”