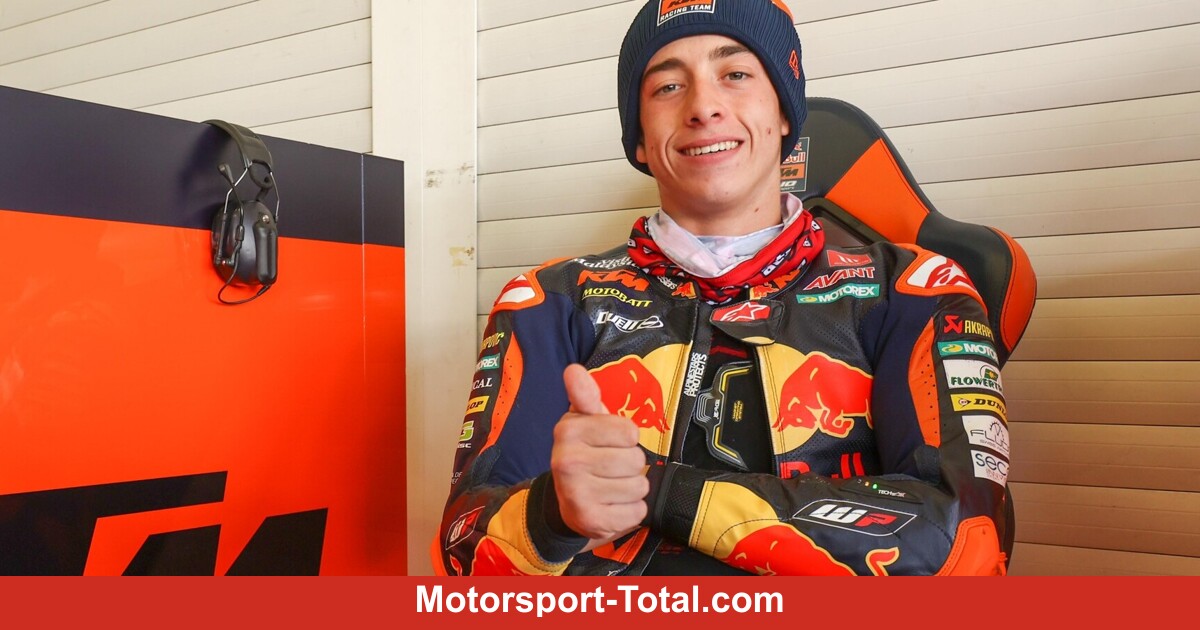 (Motorinformed.com) – Pedro Acosta won the world title straight away in his first Moto3 season. The Spaniard is the first rookie since Loris Capirossi in 1990 to have succeeded. However, Acosta missed out on becoming the youngest world champion of all time by one day. This record stayed with Capirossi.

His next path is Acosta in the Moto2 class. “There was an opportunity to go straight to MotoGP and skip Moto2,” he reveals in an interview with ‘DAZN Spain’. “But I believe there is no need to skip steps.”

According to the regulations, that would not have been possible. A minimum age of 18 years applies to MotoGP. Acosta will celebrate its 18th birthday on May 25, 2022. Theoretically, he could not drive in the premier class until the eighth race of the season in Mugello next season.

On the other hand, KTM would have no place for the shooting star next year. His focus is on Moto2. Acosta is following in the footsteps of Raul Fernandez, who won eight races and was runner-up in his first Moto2 year.

“Moto2 is good for me to gain experience. I am still missing that and I have to learn step by step. In the end it will help me so that I am ready should I make it into MotoGP.”

“If I don’t win the Moto2 World Championship by one point, then I want to stay in this class for a second year. I will be 18 years old by the end of 2022. I don’t even have a driver’s license. Another year in Moto2 wouldn’t be wrong. “

In the middle class, Pedro Acosta drives with the starting number 51 Zoom

The Spaniard feels very connected to KTM and Red Bull, because these successes would probably not have been possible without the support of the Austrians. The fact that he would even be able to compete in Moto3 in 2021 was on the verge of failure until Ajo gave him this chance last fall.

“KTM trusted me from day one and gave me everything,” said Acosta. “I hope that I can be there for a long time.” The Moto2 adventure began for him at the beginning of the week. In Jerez he got to know the Kalex Triumph on Monday and Tuesday.

“Overall, I felt very good on these two days of testing, especially on the second day,” says the teenager. “The only goal was to gain experience and cover kilometers with the Moto2 bike. I have to learn a lot.”

“I am satisfied with our work. The team did their best to make me feel comfortable from the first moment. Now I will rest and then train so that I become physically stronger.” The next tests will take place in February 2022.

Even fewer pit stops in 2022?
MotoGP, Vinales and Espargarò in Noale: breefing on the Aprilia RS-GP22
Alonso: Oldest driver tag now provides me a bonus in F1
Ducati MotoGP “DNA is unimaginable” for Gresini’s Bastianini
Masi’s future in F1 an important topic for the FIA