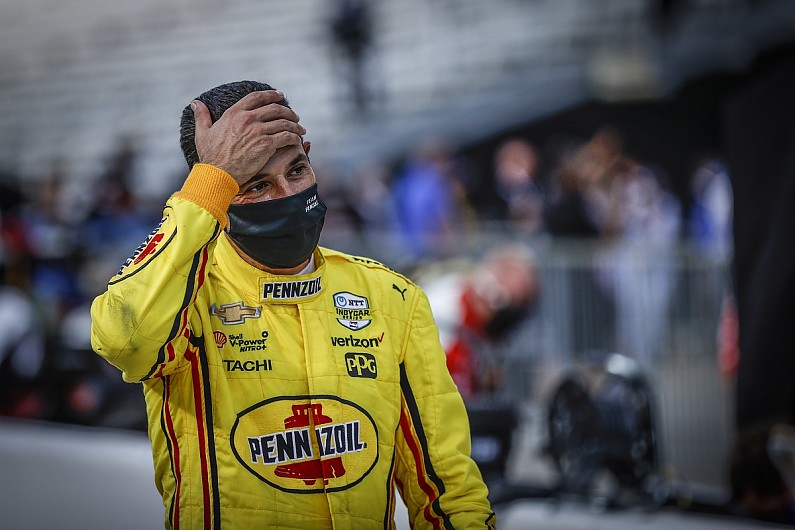 Helio Castroneves will stand in for Oliver Askew at Arrow McLaren SP-Chevrolet in next week’s Indianapolis road course double-header after the IndyCar rookie was declared not fit to drive.

According to a team statement, following the NTT IndyCar Series race at Mid-Ohio, Askew reported a balance and coordination issue, which triggered an examination from the IndyCar Medical Team.

As a result, Askew is not medically cleared to race in the Harvest Grand Prix and is subject to IndyCar Return to Racing Protocol.

“This was an incredibly tough call but I have to follow the advice of the IndyCar Medical Team and my doctors,” said Askew who scored a podium finish at Iowa Speedway in July.

“My priority right now is focusing on my health.

“Despite not being in the car, I will be at the Indianapolis Motor Speedway for the Harvest GP, giving whatever insight and support to Arrow McLaren SP that I can.” 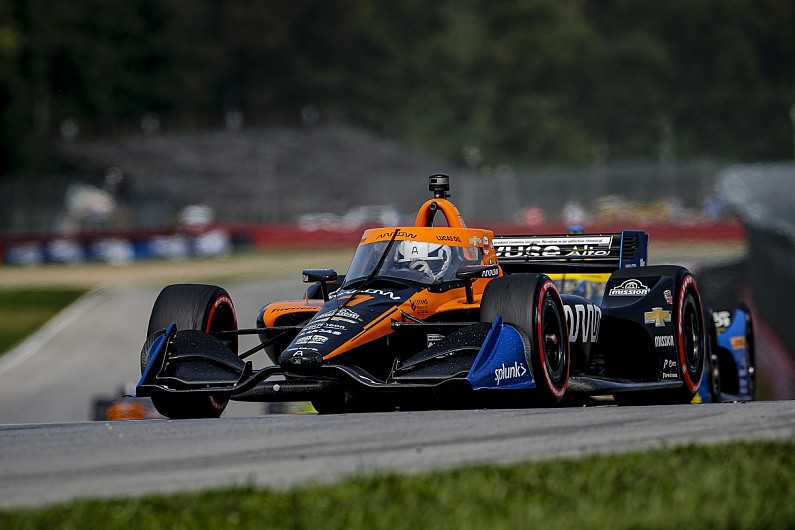 “We therefore support Oliver and the decision of IndyCar.

“Withdrawing to focus on his health and recovery is the right thing to do.”

Askew endured a nasty shunt on a restart in August’s Indianapolis 500, but was able to take part in the double-headers at Gateway and Mid-Ohio.

Castroneves, who last raced an IndyCar on a non-oval in May 2019, driving a Penske-Chevrolet on the IMS road course, said: “First and foremost, we wish Oliver the best and that he is able to take time to recover.

“I look forward to getting back on track and helping to build on the great progress that Arrow McLaren SP has made this year.”

Castroneves’ previous race in a non-Penske IndyCar came 21 years ago, when he competed for Hogan Racing.

The veteran Brazilian driver raced in this year’s Indy 500 with Penske, placing 11th overall after starting only 28th as the Chevrolet-powered cars struggled in qualifying trim.

He has been targeting a full-time return to IndyCar in 2021, as Penske will withdraw from the IMSA SportsCar Championship at the end of the season.