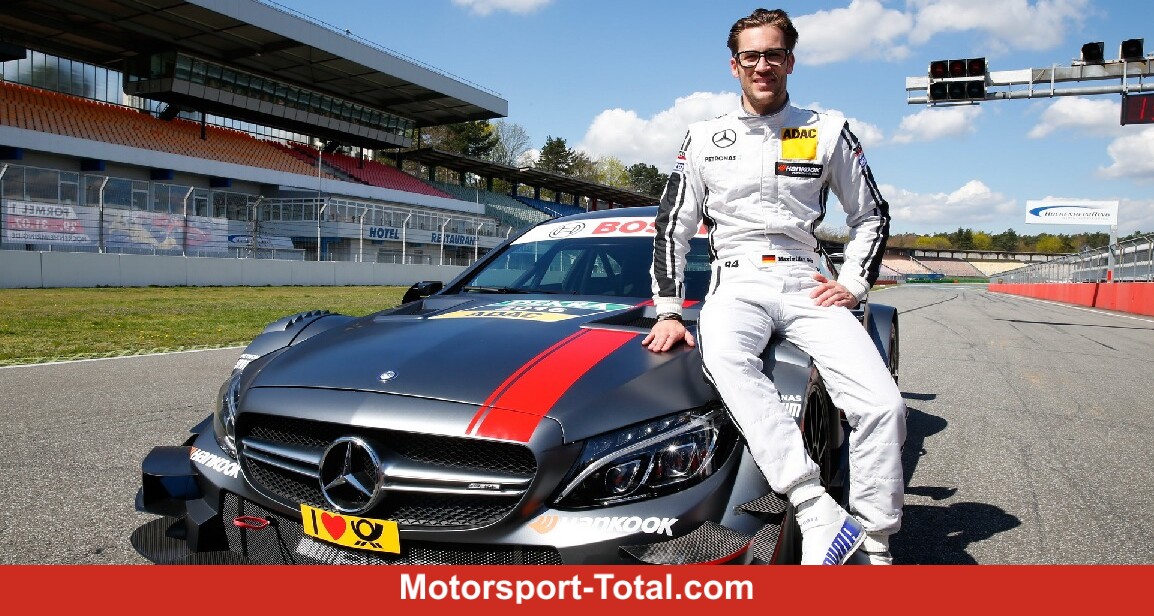 (Motorinformed.com) – For Maximilian Götz, the DTM title in 2021 was an enormous satisfaction. That shouldn’t come as a surprise, because the 35-year-old was spat out of the DTM in 2016 after two Mercedes years and still fulfilled his big dream last year on his comeback.

But why couldn’t Götz establish himself in his first DTM era? The then Mercedes-AMG-DTM boss Ulrich Fritz now reveals that the hostility from Mattias Ekström played a role in the cardboard-nose affair.

“Our Swedish friend rode a campaign against him at the time,” said Fritz, who is now the managing director of Götz ‘HRT team, in an interview with’ Motorinformed.com ‘. “As a young, up-and-coming man who has always wanted to compete in the DTM, that will certainly not help you if you suddenly find yourself stuck in the press.”

As a reminder: Ex-Abt-Audi-Star Ekström clashed with Götz in a few races in 2016 and complained about the driving style of his HWA rival. Götz was “completely overwhelmed” with the DTM and was unable to “drive straight ahead”, Ekström made fun of on TV.

Postscript: “The fault lies with myself: I absolutely have to stand in front of the nose burs and cardboard noses in qualifying.”

Fritz is convinced that these statements by the established Swede were a psychological burden for Götz: “This is where self-doubts start relatively quickly. And then the pressure comes and it becomes difficult. That was the point when we said: That brings it that way nothing and does not work. “

Fritz: “I got the impression that Max was too focused”

But there were also other reasons why Götz was unable to establish himself in the DTM after finishing 22nd and 20th in his first two DTM years in 2015 and 2016 at Mücke and HWA and why his contract was not extended at the end of 2016. “Back then I had the impression that he was too focused,” says Fritz. “It had to be. That doesn’t work in the DTM – and certainly not with the Class 1 cars.”

But the work ethic was always right. “It was never because of his commitment or his style. From my point of view, it was a pure performance issue.”

And that although Götz showed good approaches at Mücke, especially in 2015. “In the first year everything was very much focused on Pascal Wehrlein”, he looks back. “Max really did a decent job in the second half of the season. You have to add, however, that the car was also light back then,” he points out that the 2015 performance weights did not apply to all brands, which is why Götz followed suit compared to his brand colleagues the pointless first half of the season had an advantage.

But in 2016 HWA used four cars and Götz switched to the Affalterbach team. “In fact, little went in that year, even though we had by far the most powerful car in the field at that time,” said Fritz. “He didn’t really come along back then.”

He believes that Götz lacked the familiar atmosphere and “the sheltered part of the team” back then. “That was a much bigger team,” said the Mercedes DTM boss at the time. “He had a hard time with that. Then there was the hostility.”

Fritz also attributes the fact that Götz was still able to clinch the DTM crown for Hubert Haupt’s racing team in 2021 to the warmth of the GT3 team, which is small compared to HWA. “If you look back now when the Max was successful, it was in 2012 with MS-Racing, when he became GT Masters champion. And he was also very strong at HTP. He is someone who works in a sheltered environment feels very comfortable with a family character. “

In addition to the well-established collaboration with race engineer Renaud Dufour, Fritz believes that his presence was also good for Götz. “I was always good with him and also brought him into the DTM back then. And I think it gave him confidence that I was there and that he received full support. He rewarded and repaid that accordingly.”

In addition, there was no policy at HRT. “And that was certainly a little different in the past in the DTM because the team was much bigger,” said Fritz. “There’s no room for that in a smaller team. We made that clear from the start and that gave him wings again.”

Uncertain of his restoration, Marc Márquez had a tough winter
Ducati MotoGP “DNA is unimaginable” for Gresini’s Bastianini
Even fewer pit stops in 2022?
Wickens concentrating on race wins on racing return with Hyundai
the Superbike problem with Ducati begins