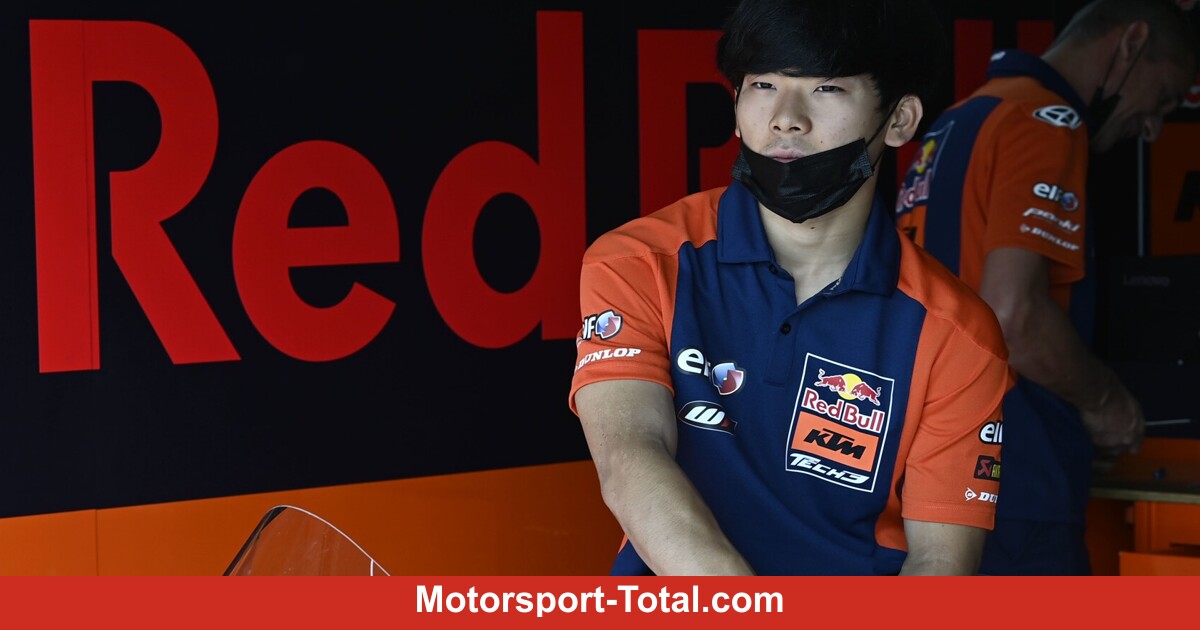 (Motorinformed.com) – Ayumu Sasaki was involved in a serious accident at the Moto3 race in Barcelona. When there was heavy fighting in midfield on the last lap, there was a crash with several drivers in turn 8. Sasaki was hit by another driver. While the first riders crossed the finish line, the red flag was shown.

That happened eight days after the Mugello tragedy. There Sasaki could no longer avoid the fallen Jason Dupasquier and caught the Swiss in the neck area. Less than 24 hours later, Dupasquier’s death had to be reported.

Sasaki was more lucky in the accident in Barcelona. The Japanese man was conscious but had to spend two days in a local hospital. A severe concussion was diagnosed. It took Sasaki to recover.

Both at the Sachsenring and in Assen, the Tech-3-KTM team declared the rider to be unfit. The doctors didn’t want to risk anything. Another fall could have had far-reaching consequences for his head.

Now Sasaki says on ‘Instagram’: “I’m getting better every day, I feel stronger again. Of course it hurt to skip the last two races, but I think that was the right decision the doctors. “

“This week I’ll start training again so that I’ll be even stronger in the second half of the season. Thanks to my team boss Herve [Poncharal], to KTM and to my team for their support. “

Halfway through the season, Sasaki is in eleventh place in the World Cup. The 20-year-old has not yet made it onto the podium. He has been a regular starter in the Moto3 class since 2017. After three years at Honda, he moved to Tech 3. Second place in Aragon 2 was his best career result.