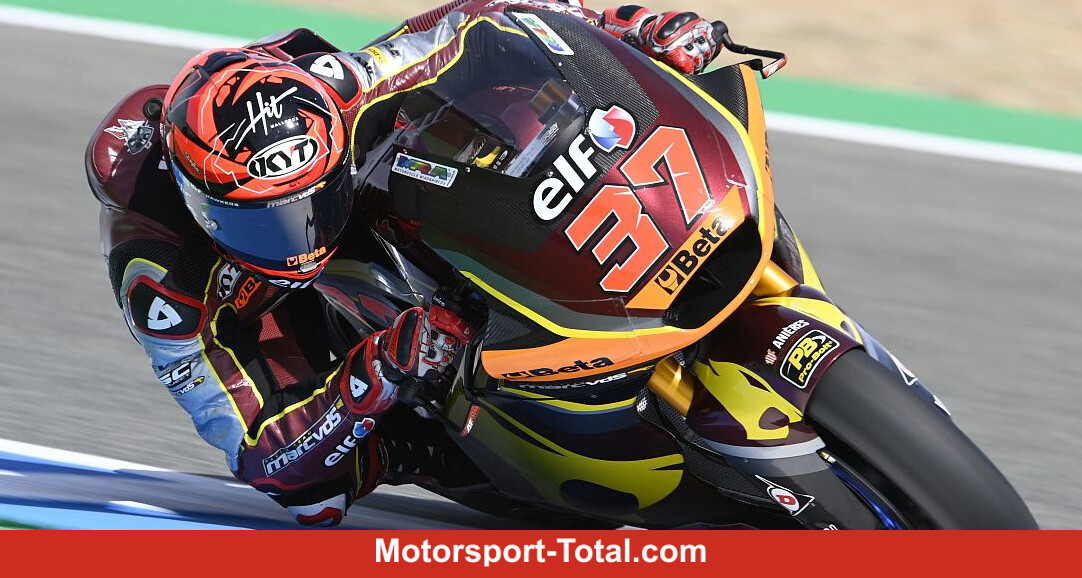 (Motorinformed.com) – Augusto Fernandez secured the fastest time at the start of the Moto2 training session in Assen (see the result). In good conditions, the Spaniard lapped the course in 1: 36.744 minutes and was 0.143 seconds faster than fellow Kalex brand colleague Raul Fernandez.

Augusto Fernandez finished the FT1 ahead of Raul Fernandez
zoom

World Championship leader Remy Gardner (Kalex) finished the FT1 in third position. However, the Australian was already almost four tenths of a second behind the fastest time.

After the first training session, Marcel Schrötter found himself outside of the top 14 that are important for Q2. The German was led in 17th position and was 1.134 seconds back.

Ex-teammate Tom Lüthi experienced a violent moment of shock in FT1. The Swiss fell in the final phase in turn 7 and was shaken wildly. Lüthi fell back to 16th position. In the meantime, the former MotoGP rider was on course for a top 10 finish. Lüthi was uninjured in the fall and was able to leave the scene of the accident on his own.