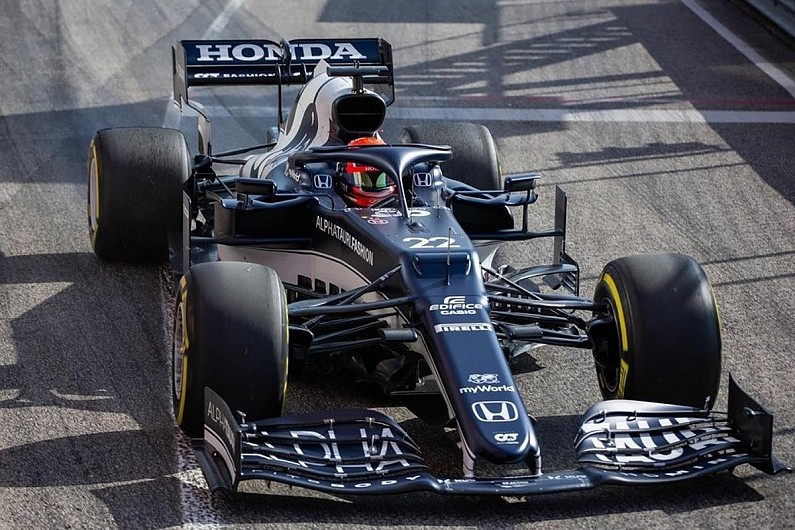 AlphaTauri has unveiled the new nose design it will use in the 2021 Formula 1 season as it shakes down its AT02 car at Imola.

The team spent its two allotted development tokens, which apply largely to structural areas of the car to reduce costs, on redefining the nose crash structure.

The AT02 launched on Friday with the nose geometry it used in 2020, suggesting that a new nose was to appear later on – as teams often employ diversionary tactics to hide parts of the car in the initial renders.

The new nose, appearing on the AT02 in AlphaTauri’s test at the Imola circuit as the new car runs for the first time, is noticeably more slender compared to the previous specification.

It no longer uses the thumb-tip crash structure and, like the other teams that employ a more compact nose solution, is tapered at the chassis to reduce the blockage to the aero components aft of that.

The likes of Mercedes, McLaren and Renault have shifted the wing mounting points further inboard, but AlphaTauri has not done so to the extremities of its rivals.

“As a result of this we have elected to update some Red Bull Technology-supplied steering components to 2020 specification, as permitted by the technical regulations.

“The headline aero numbers have been affected by the aero change, but we have been working really hard to recover the lost performance and also improve the aero dynamic operating window for the car.

“How fast will our car be? It’s not something I would want to put an exact number to just yet.

“Overall, taking everything into account, I would say we will probably see a performance level similar to that seen mid-2020.” 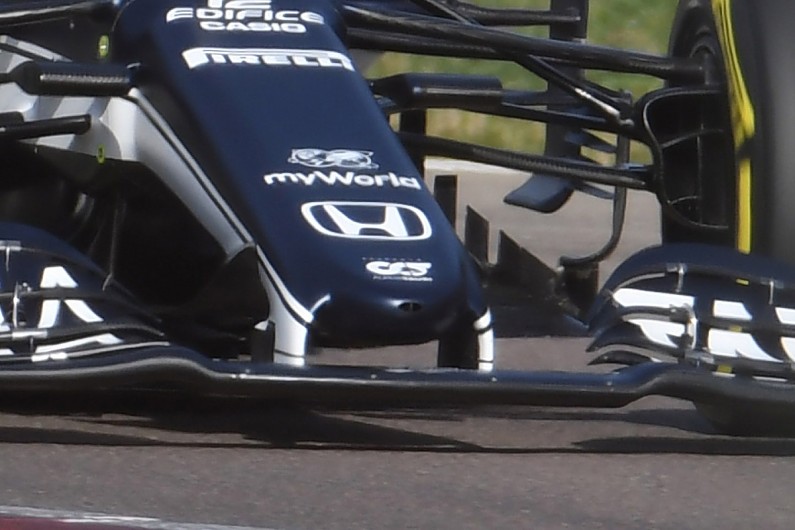 The car also sported a new front wing, featuring a more sculpted design in which the elements form a spoon-like shape in the centre.

The mainplane now features a more pronounced rise at the point at which it attaches to the wing’s neutral section, perhaps to interact the relocated wing tips more cohesively.

Furthermore, the element above that has now been detached from the mainplane to add an extra tip to generate vortices, which are commonly employed to roll underneath the front suspension and compartmentalise the wake away from the floor.

The front suspension arms have undergone a redesign to the carbonfibre fairings, but appear to retain the multi-link upper wishbone that the team employed last season, which in turn was run by Red Bull in 2019.

Rookie driver Yuki Tsunoda was first to try the new car, having tested yesterday with a 2019-spec car on Tuesday.

“A weight has come off my shoulders” – GP Inside
Dominique Aegerter wins MotoE racing simulation in Jerez
Dovizioso explains “sensible” resolution to check Aprilia MotoGP bike
Schumacher: No motive Haas can’t combat for Q2 this yr
No fan-zone due to the well being disaster – GP Inside