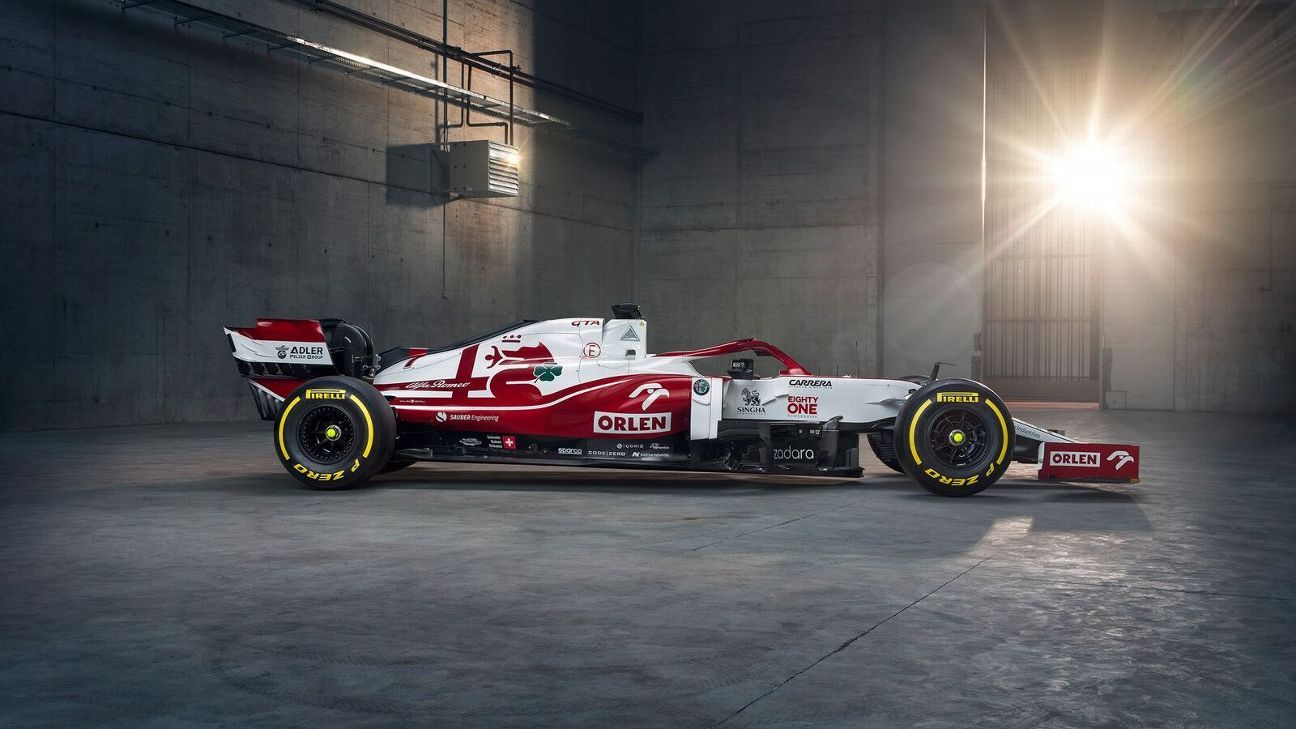 Alfa Romeo has unveiled its car for the 2021 Formula One season.

2007 world champion Kimi Raikkonen will partner Italy’s Antonio Giovinazzi at the team for a third season. Alfa Romeo, known as Sauber until 2019, launched the new car, dubbed the C41, in Poland with title sponsor PKN Orlen.

Alfa is looking to improve on an eighth-placed finish in 2020.

The team has retained its red and white scheme of previous seasons, albeit with the colour scheme inverted on the C41.

Alfa Romeo has used its development tokens on a new nose and front crash structure, which are the biggest two changes from last year’s car. The rear of the car is largely unchanged, with the same gearbox and rear suspension as last year, but the team has redesigned the floor and diffuser to comply with new regulations aimed at cutting downforce.

The C41 will make its on-track debut at a private event at Barcelona’s Circuit de Catalunya on Friday, before taking part in preseason testing between March 12-14 at the Bahrain International Circuit.