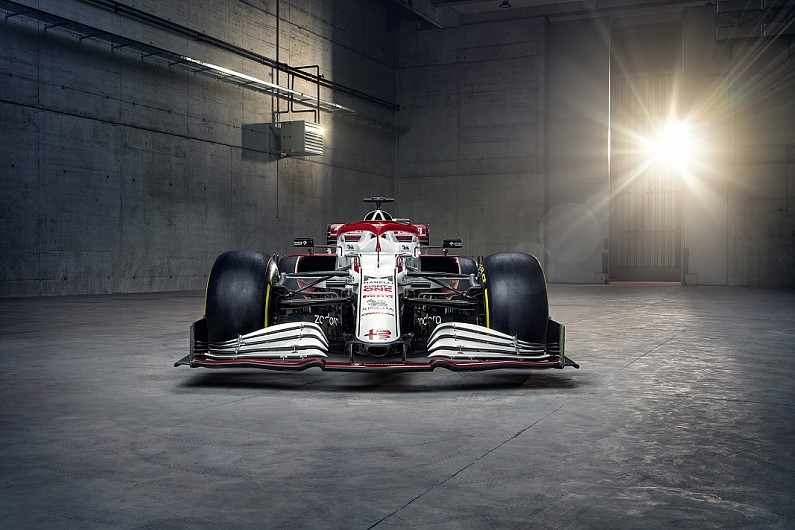 Alfa Romeo has opted to spend its two Formula 1 development tokens for 2021 on designing a new nose and other parts around the front-end of the C41 car.

Alfa Romeo unveiled its updated model for the 2021 season at an event in Warsaw on Monday, ahead of its on-track debut in Barcelona on Friday when it will complete a filming day shakedown.

All teams were permitted to use two tokens to upgrade certain parts of their cars for 2021 after agreeing to enforce a majority freeze on development to save costs in the wake of the COVID-19 pandemic.

Facing a limited choice on where to focus resources for the 2021 car, Alfa Romeo technical director Jan Monchaux revealed the team opted to invest its tokens on the front-end of the car.

“We decided to invest our two tokens on a new nose, so the nose box and the crash box obviously is brand new, which was mainly driven for aero reasons,” Monchaux explained.

“We then obviously worked massively [on] the front suspension, the front wing and the front [brake] drums, where the guys invested a lot of effort, as well as the barge boards, and also the deflector in front of the car. 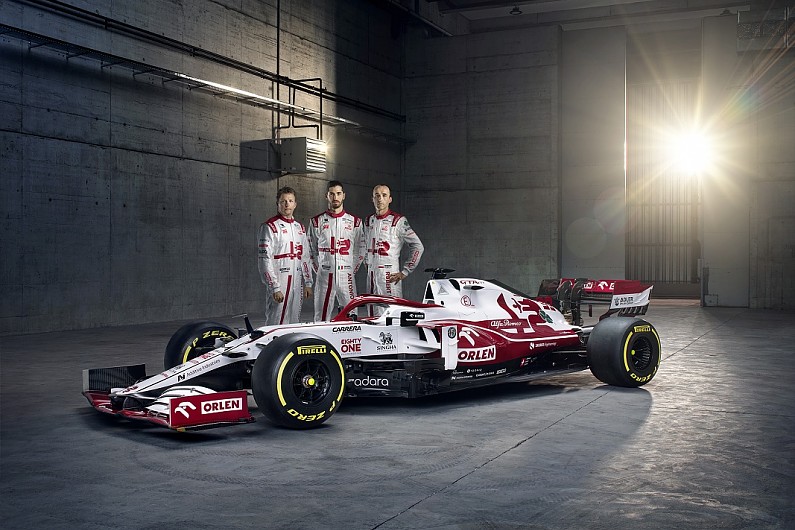 “We put all our efforts to try and recover the lost [downforce], which means in return, all of those things I haven’t listed, in a very simple way, are carried over [from 2020].

“The chassis is the same, the gearbox is obviously the same. Most of the rear suspension as well, because of the regulations.

“For more return of investment reasons, we decided to carry over some extra components like the radiators and some parts of the bodywork, in the short time we had with the resources we had, to concentrate on the areas we were expecting to provide the highest returns on investment.

“We will see in a couple of weeks’ time if the choices that we made are correct.”

Alfa Romeo enters the 2021 season looking to bounce back from a difficult campaign last year that saw it finish a race no higher than ninth with drivers Kimi Raikkonen and Antonio Giovinazzi.

The team was able to retain eighth place in the constructors’ championship, but team principal Frederic Vasseur was unwilling to set firm targets in terms of points or positions for the coming year.

“I think the most important thing for a racing team is to try to always improve,” Vasseur said.

“To put a goal is sometimes a limitation, and I think honestly we want to improve. All the team is motivated by the same target, and we have to step by step to come back at the top of the midfield.

Horner: Red Bull took “grown-up” call to look outside junior drivers for F1 2021
Hyundai: Nothing but Arctic Rally Finland WRC win will do
“I the favorite? At the moment it’s not my war”
BRING ON 2021 – Official Trailer!
“Valentino Rossi will not be the team manager”