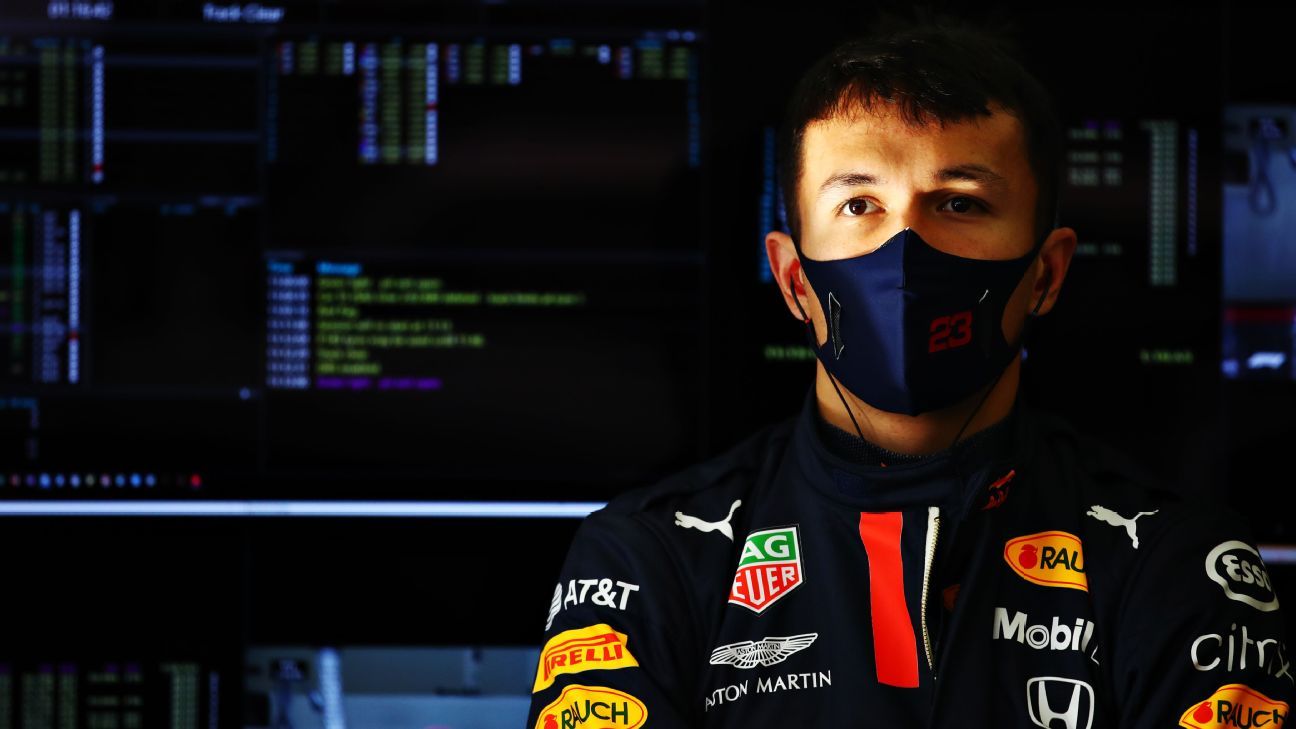 Alex Albon is determined to return to Formula One in 2022 after he was replaced by Sergio Perez at Red Bull over the winter.

Albon raced for two years in F1, completing half a season with Red Bull’s junior team, Toro Rosso, before being promoted to the senior team midway through 2019.

However, his first full season with Red Bull in 2020 did not go to plan and he scored less than half the points of teammate Max Verstappen.

Following the final race of the season, Red Bull announced that Albon would become the team’s reserve driver and be replaced by Perez.

“Of course it was disappointing — it’s always going to be disappointing, this is our dream,” he told media via an online press conference. “Very quickly to be honest, it was one of those things where there’s no point feeling sorry for yourself, you’ve got to get back into it and do as much as you can to get back.

“My goal of course is to be back in a seat for next year and just be ready for this year as well – you never know what’s going to happen with fitness [of other drivers] or with COVID around. So this winter has been kind of making sure I’m as ready as I can be, being as fit as I can, doing all the simulator stuff and even will hopefully get a few days where I can drive, do some tyre tests and things like that.”

Albon’s history with Red Bull dates back to his time in go-karts when he received backing from the company before being dropped by its young driver programme due to poor results in 2012.

He said he had learned lessons from his past experience with the brand and would apply them to his current situation.

“As you said, I have been dropped before — it’s not been the first time — but what I learned was in the end of the day how much do you want it?” he added.

“I want it I’d say more than anyone on the grid and with that comes a lot of determination and I won’t stop at any point so for me it is just about putting my head down.

“I got through it before, I’ve been able to get to where I am because of all the hard work I have done and as I said I want that seat back”

Alongside his role as Red Bull’s reserve driver, Albon will race at select rounds of the DTM series this year in a Red Bull-backed Ferrari GT3 car.