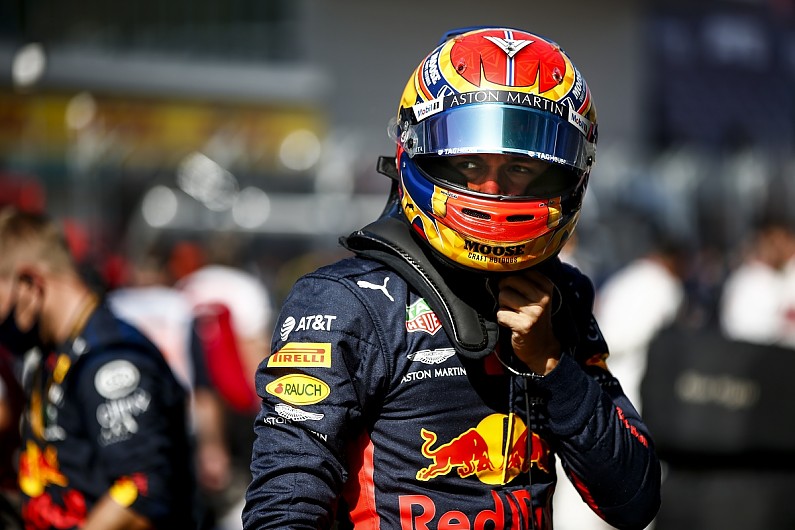 Alex Albon says finding confidence in “hustling” his Red Bull on the limit, like Max Verstappen can, is key to unlocking the progress he wants to see in Formula 1.

The Thai driver has faced some difficulties this year getting comfortable with the tricky aerodynamic imbalances that the RB16 has suffered from on occasion.

Although he was able to take a breakthrough maiden podium finish at the Tuscan Grand Prix, he is clear that he still needs to extract some more speed from his car – especially in qualifying.

Speaking exclusively to Autosport about the areas he is having to work on, Albon said that his focus is on matching the way that Verstappen is able to drive a car that is on the edge throughout an entire lap.

PLUS: The challenge of emulating Verstappen in the same car

“It’s hard to really pinpoint truthfully” explains Albon, when asked about the key issue he has faced. “I just want more confidence.

“I think for Max, he’s on the limit all the way through the corner.

“And he’s definitely not afraid of it moving around on him. You can watch a qualifying lap of Max and you can see how how he’s hustling it.

“Me, getting up to speed with that and being on the limit of the car: that’s what I need. It’s that feeling of being able to be just sliding it in every corner throughout the whole phase.

“But it’s not like a big thing here or there, it’s just a global feeling of being confident in the car.” 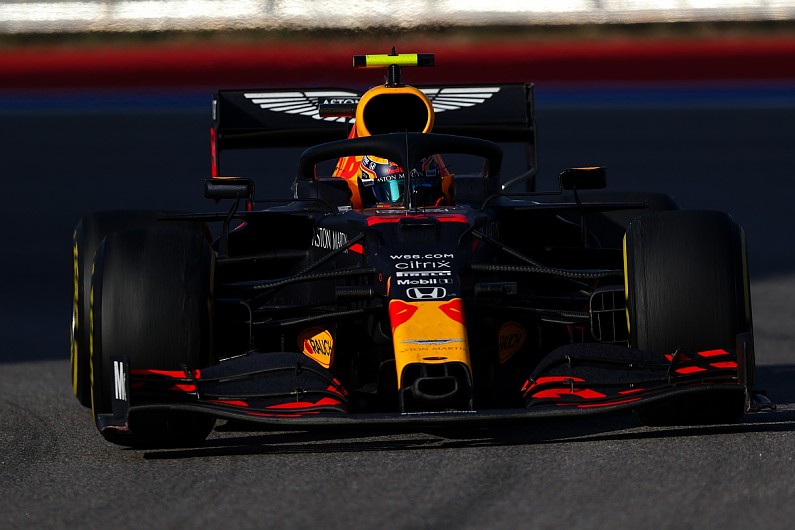 Albon says that solving the problem is complicated because simply making the car more comfortable to drive risks taking away its out-and-out speed.

The solution will be in keeping the RB16’s strengths with a setup that Albon can at least deal with.

“You’ve got to find a middle ground,” he explains. “A quick car doesn’t necessarily mean it’s a comfortable car.

“You’ve got to be able to use it and be on the limit of where the car needs be set to, to get the most from it. So it’s a compromise.

“And it’s just time in the car, really. I know we’re midway through the season now, but it’s still a relatively new feeling in the team with the car.

“Max has been here for what, five years now. He’s kind of been able to develop and have a driving style around it, where of course for me it is still figuring it out, and still learning and working with my engineers just to exploit it and get the most out of it.”

Albon has praised the impact that new race engineer Simon Rennie has made since the pair first started working together at the British Grand Prix.

“I’d say experience wise, Simon brings a lot, especially with radio communication and things like that. He is really on the ball with that.

“He obviously has experience and he knows the people here as well in terms of whether it’s Rocky [Guillaume Rocquelin, head of race engineering] or Pedals [chief engineer, Paul Monaghan].

“It’s a good environment here at the team. There’s a lot of support here, and there’s a high positive morale constantly, which is nice.”

Barcelona F3: Prema’s Hauger leads apply as 2021 season begins
Moto3 prodigy, Acosta should not reduce corners in line with his elders
Ducati, what a begin! Can you actually dream massive now?
Russell: Spanish GP the very best Williams has ever felt in race-trim
LIVE FROM MONZA – RACE 1 – GT4 EUROPEAN SERIES 2021