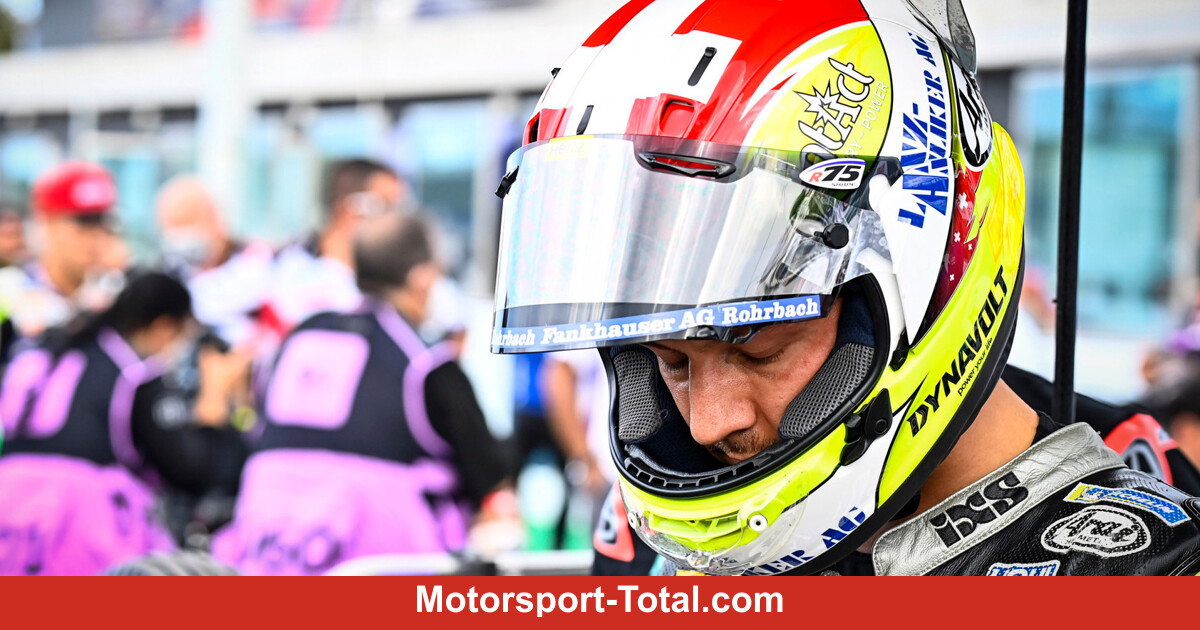 (Motorinformed.com) – Dominique Aegerter was “only” runner-up in the MotoE World Cup 2021 on Sunday in Misano after dramatic scenes, anxious minutes and a 38-second penalty. For the Swiss and the Intact team, it was immediately after uncertain minutes after crossing the finish line, in which they did not know whether they could look forward to the World Cup title.

After an aggressive overtaking maneuver by Aegerter against title competitor Jordi Torres in turn 14 of the last lap, the race management decided after crossing the finish line to impose a 38-second penalty for “irresponsible driving”. This penalty cost Aegerter not only victory in the race, but also the title. In the end, he finished the season seven points behind Torres as vice world champion. But the circumstances make him nibble hard.

“I don’t even know where to start explaining what I’m feeling now,” Aegerter searches for words. “We fought for the championship. We had a strong season and of course I tried to win this championship today.”

In the title duel Dominique Aegerter vs. Jordi Torres there was a collision Zoom on the last lap

“Unfortunately, I didn’t have the best start and was involved in a fight with Ferrari and Casadei for a lap or two. But then I was able to fight my way free and catch up immediately. Within two laps I was right behind Torres and from the penultimate lap I started attacking him. I passed him several times so that he knew exactly that I was there, “remembers Aegerter.

“He also knew,” said Aegerter about Torres, “that even if I overtook him, he would still be world champion. On the last lap I finally overtook him twice. When I turned 14, he knew that I would come from inside like in the laps before and brake later than him. He kept his line, which resulted in him touching my rear wheel and falling out of the race. “

Aegerters argument for the maneuver in the context of the season is: “The season is super short, the races are short, so you have to constantly go to the limit. The bike is heavy and it is not easy to brake.”

“Of course I didn’t want him to fall,” assured Aegerter. “But I was on the inside line. If you look back on all the races, there were always big fights and a lot of collisions on the last lap. I apologized to him for the maneuver because I’m a fair driver. But we would all have it risked to win the title. “

After the decision in the form of the penalty and thus the outcome of the MotoE World Cup 2021 has been determined, Aegerter concludes: “I still came second in the championship, but of course I am not happy about this decision. I am very disappointed and I can go to this one Don’t say much more about the timing. It’s devastating when a race and the championship are decided on paper. “